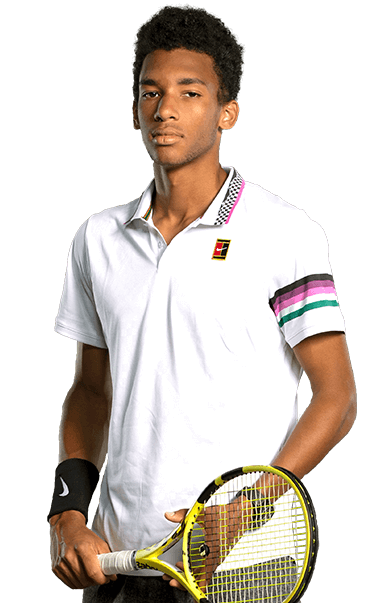 Felix Auger-Aliassime is an incredibly exciting, yet incredibly frustrating player to watch, all in one. Like many young power players, the 20-year-old Canadian has massive upside, but also makes a lot of errors that he needs to refine for his game to improve in the future. His 2019 season was terrific, but his 2020 season began revealing the areas that still need massive improvement, particularly when it comes to his consistency with his shots. For a high power server who prides himself on his serve and dominating points, Auger-Aliassime is still considered a high counter puncher within rallies, which is where he is still learning to finish off points with consistency and composure.

Auger-Aliassime's biggest strength by far is his serve, but it is also the area that can let himself down the most. In terms of his power and serving percentage when on-song, the Canadian can be near unbreakable. Unfortunately, he also has one of the highest double fault rates on Tour, ranked ninth in 2020 with 4.5 per game. When it comes to his return game, Auger-Aliassime looks to take control early in points, but struggles off the opposition's first serve, but does well to attack their second serve.

His points of choice are his inside in forehand and backhand drop shot which both have the highest success rate in terms of winners against errors, though a lot of the shots he chooses to pull out from his arsenal result in errors. His cross court game is his immediate area of improvement, with both sides of the court needing work, while his down the line and backhand slice could be better utilised. In terms of his strength, he is able to approach the net off the baseline and work the angles with drop shots, and the longer rallies go, the better chance Auger-Aliassime has of winning. While he has not implemented serve-volleying into his game, Auger-Aliassime is still a counter puncher and has the rare combination of punching to go with a powerful serve.

Overall, the Canadian has a lot to build upon, but if he uses better composure in future, then he has a chance of having an incredibly difficult game to stop.