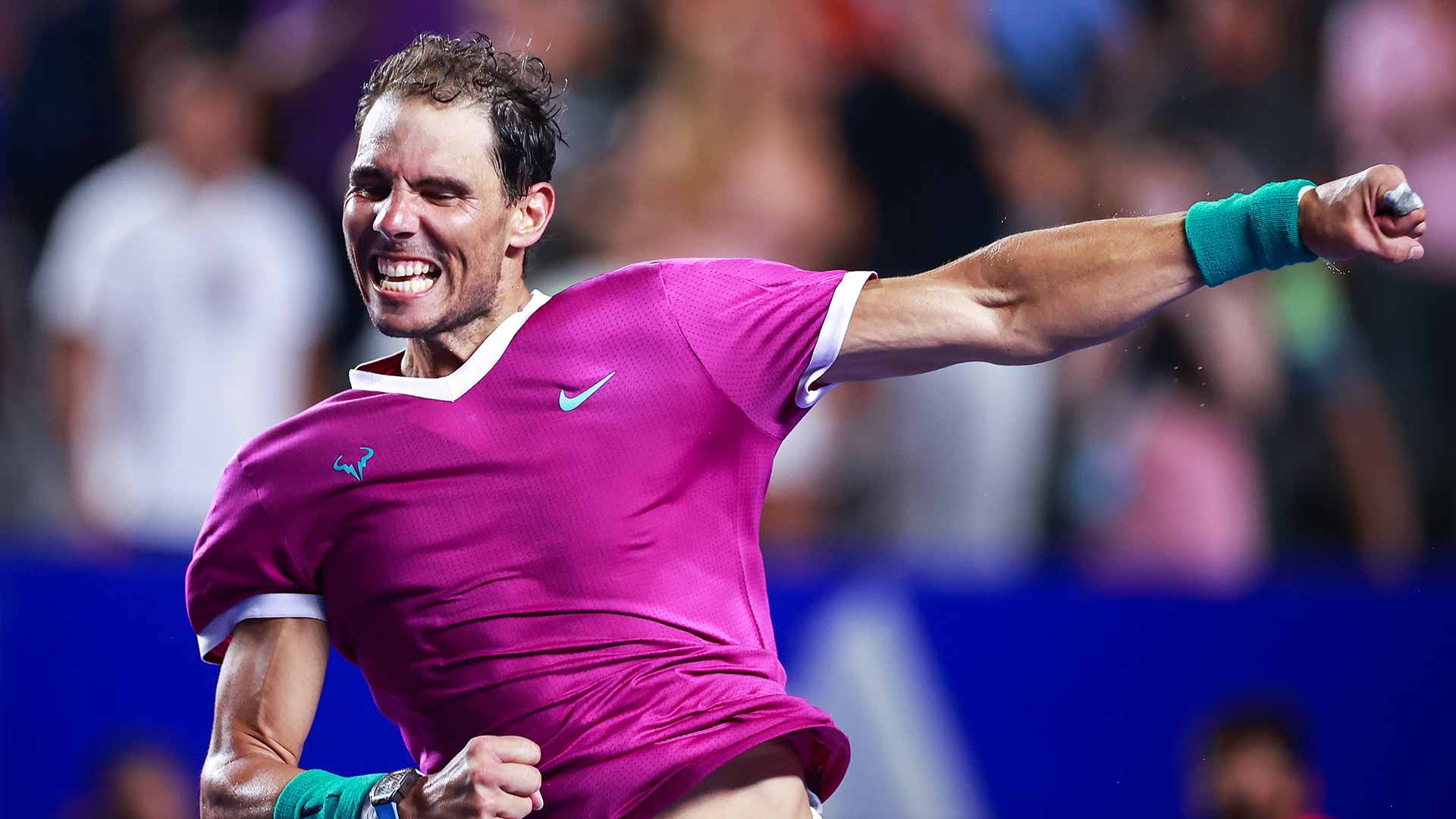 SEEMINGLY on the verge of retirement six months ago, The King of Clay Rafael Nadal is seemingly unbeatable in 2022. The Grand Slam record champion – who notched up his 21st major at Melbourne Park last month – maintained his unbeaten start to this year by taking out the Acapulco title. It was the fourth time Nadal had lifted the trophy aloft in Mexico, and was the 91st of his career, and in doing so, the Spaniard added the oldest winner of the event – at 35 – to go with his youngest winner title back in 2005 in what was just his third title.

That season was his breakout year where he won a whopping 11 titles – including his first Grand Slam title at Roland Garros – and would go on to win at Acapulco in 2013 and 2020. The win was his third of the season behind his Australian Open and Melbourne ATP 250 event in January. In the final, he defeated the in-form Cameron Norrie who was coming off a hard-fought title himself at Delray Beach. But despite the world number 13’s best efforts, the Spaniard proved too good, winning 6-4 6-4 to move up to fourth in the world, leapfrogging Stefanos Tsitsipas.

“It always has been a very special place,” Nadal said of the host city post-match. “The energy that the people from Mexico bring to me is very unique.”

Nadal is in some kind of form, having toppled new world number one Daniil Medvedev in the semi-final in straight sets, and has now extended his 2022 season to 15-0. More remarkably, since being two sets to love down against Medvedev in the Australian Open final, the Spaniard has won 13 consecutive sets, not dropping a single one throughout the entire Mexican tournament. Nadal said he was pleased to be able to capitalise in the final after a tough battle with the top-ranked Brit.

“I went through some very difficult moments during the match that I was able to save, and then I took advantage when I had the chances,” he said. “I’m very pleased. It was a very important title for me, so I can’t be happier.”

RUSSIAN star Andrey Rublev has claimed his second successive ATP Tour title, getting up over Czech qualifier Jiri Vesely in straight sets, 6-3 6-4. The match, which lasted 80 minutes, made it 13 consecutive victories for Rublev in both singles and doubles. After claiming both the singles and doubles titles in Marseille, the world number seven got up in an impressive victory over Vesely who claimed some amazing scalps this tournament.

The world number 123 took down Marin Cilic, Roberto Bautista Agut, Novak Djokovic and Denis Shapovalov on his way to the final, but was halted by the Russian, who won 79 per cent of his first serve points off a 74 per cent clip. The second seed also broke three times to one and hit seven more winners (28-21) but critically hit 13 less unforced errors (8-21) in a huge performance.

“I feel super happy even though I am tired,” Rublev said post-match. “I was lucky today, and that’s why I am happy to be the champion.”

“I think it is likely Jiri was also tired, he had really tough matches since qualies,” Rublev said. “He beat top players starting from the first round. Cilic, he beat Roberto, then he beat Novak, yesterday he beat Shapo (Shapovalov) 7-6 in the third. “Trust me, when you beat these kinds of players, it’s almost impossible to stand up and walk, and he was able to play. “Good job to him, good job for the week.”

Vesely credited Rublev with a terrific performance to get the win, and to secure back-to-back titles.

“I want to congratulate Andrey,” Vesely said. “I don’t understand how he could play two weeks in a row, back-to-back finals, win all the tournaments. “It’s crazy.

“It’s been a crazy week for me, starting in qualies and then I saw the main draw, all the matches were amazing players. “I was going out there to try my best, play a close match and suddenly I was winning. It was crazy.” 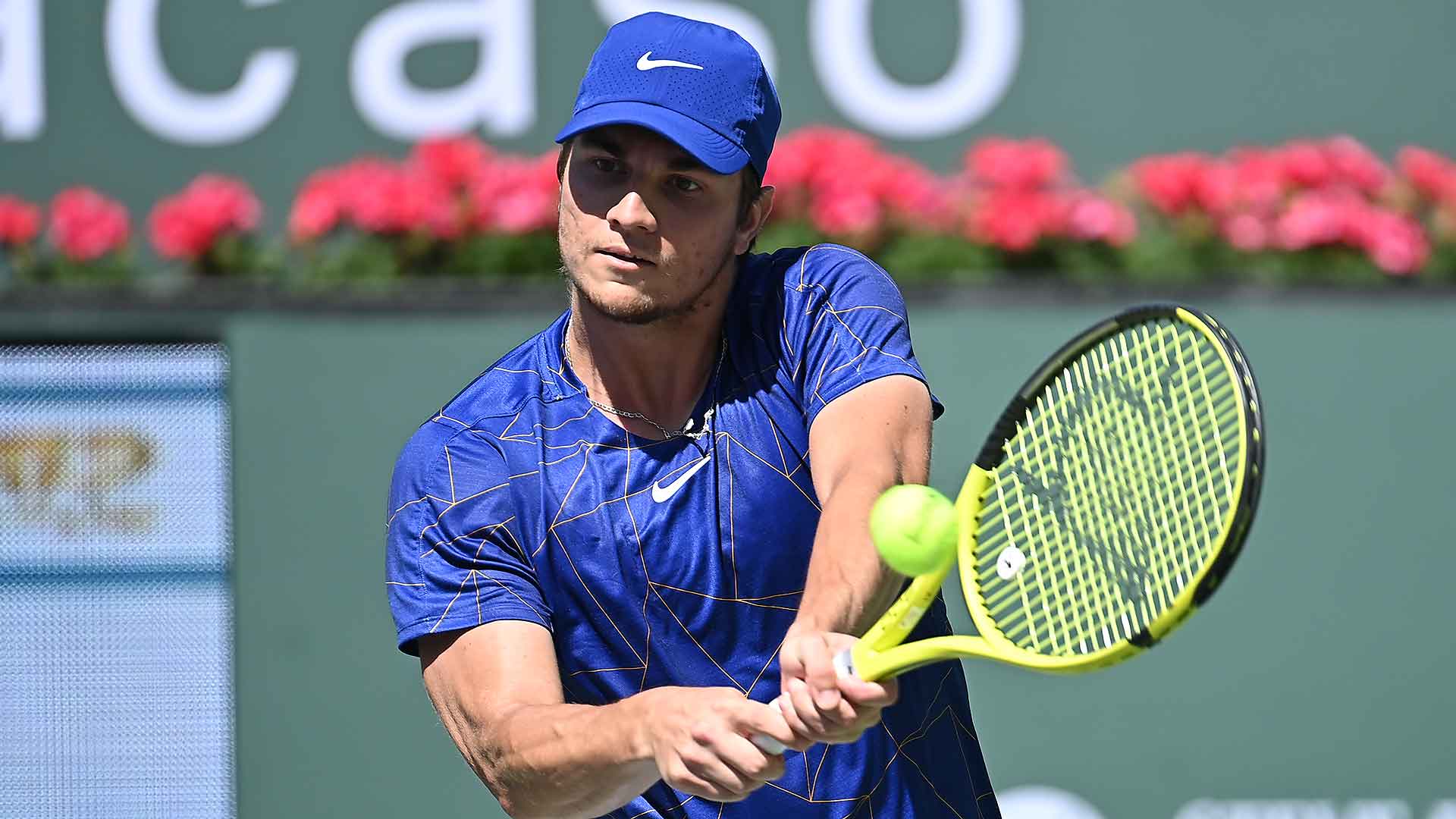 AS part of the Indian Wells WTA 1000 Masters coverage, we will be adding the Round of 16 scores all in one place, as well as some highlighted matches from the day. MI O MI(R) WHAT A WIN Unseeded Serbian Miomir Kecmanovic has upset sixth seed Italian Matteo Berrettini in a three-set thriller to reach […] 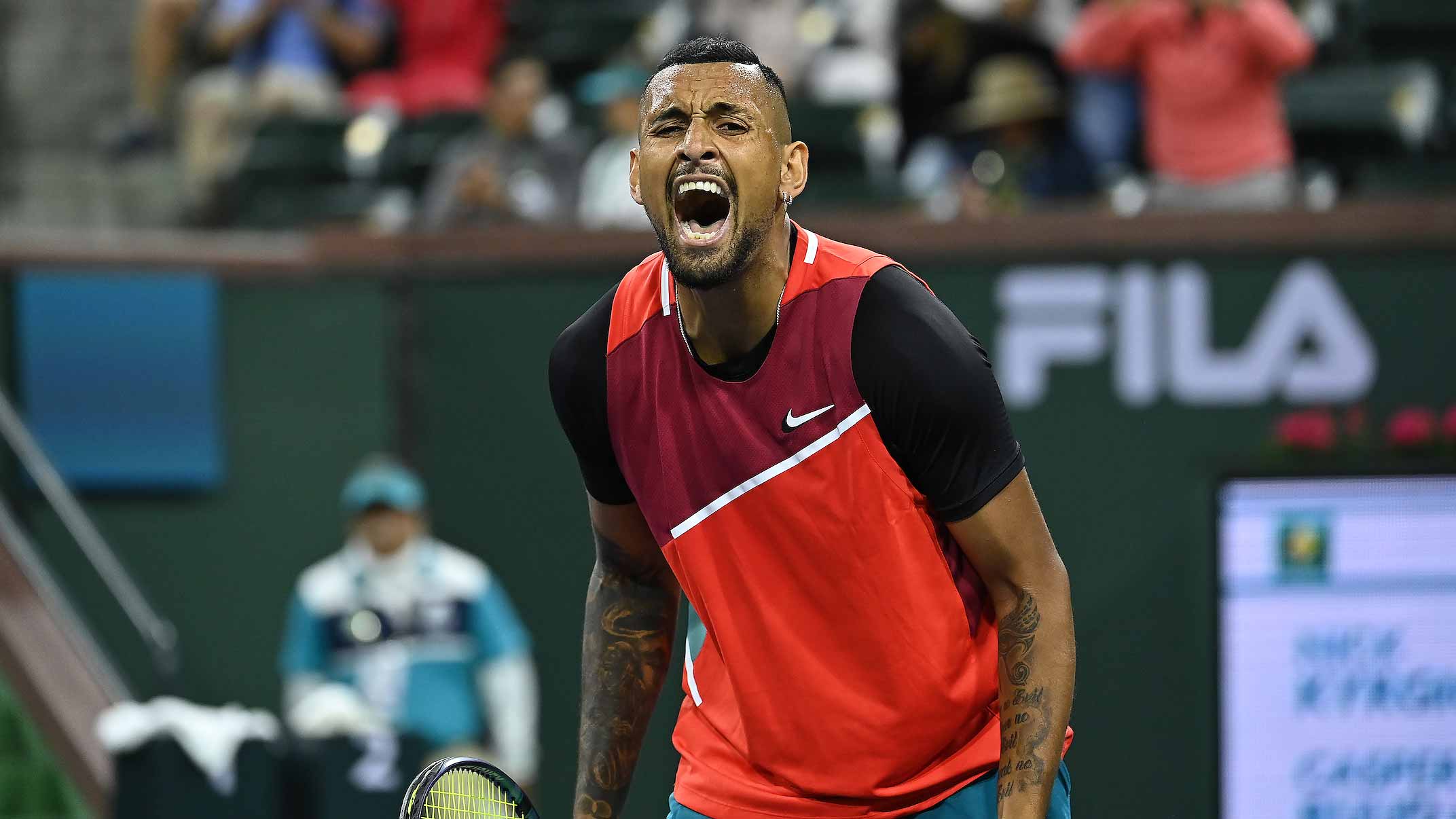 AS part of the Indian Wells ATP 1000 Masters coverage, we will be compiling the Round of 32 scores all in one place, as well as some highlighted matches from the day. KYRGIOS GIVES CASPER RUUD AWAKENING Australian wildcard Nick Kyrgios has walked the walk after talking the talk, by defeating nemesis Casper Ruud in […]