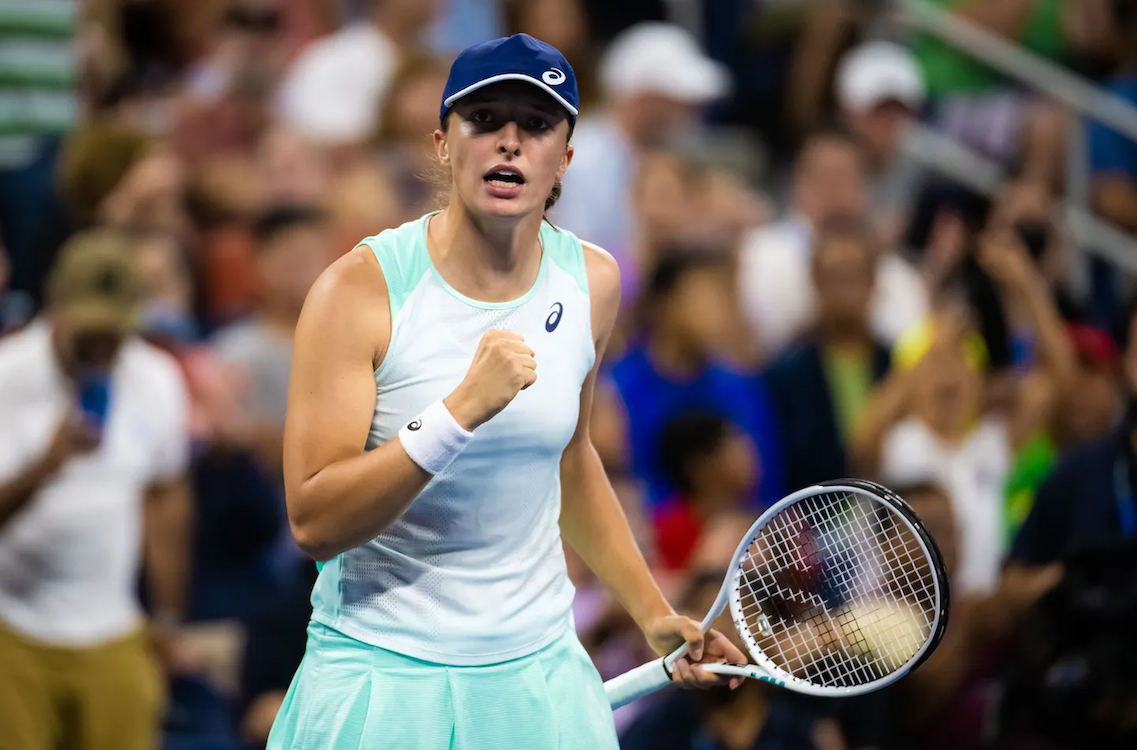 ALL the higher ranked seeds advanced to the quarter finals in the women’s singles at the US Open overnight, with three of those being in the top eight. World number one Iga Swiatek continued her run to book her place in the final eight, coming from a set down to defeat German Jule Niemeier, while sixth seed Aryna Sabalenka, and eighth seed Jessica Pegula booked their places in the quarter finals. Czech 22nd seed Karolina Pliskova fought her way past Belarusian Victoria Azarenka in a three-hour marathon to complete the four clashes on the day.

In Swiatek’s three-set victory over Niemeir, the Polish top seed came from a disappointing set down to run out a 2-6 6-4 6-0 victor, cruising to a place in the quarter finals. Swiatek won 52 and 59 per cent of her first and second serve points off a 57 per cent clip, breaking seven times from 13 chances, two more times than her opponent. Overall, Swiatek held firm for longer, hitting 14 less unforced errors (31-45) and Niemeier’s 13 double faults really hurt the German.

Swiatek will now lock horns with eighth seed Pegula, after the American won through to the quarters following an impressive straight sets win over Petra Kvitova, 6-3 6-2. Pegula needed just 73 minutes to defeat the Czech, as she weathered 18 winners off Kvitova’s racquet, hitting just seven of her own – three were aces – but she only hit the 13 unforced errors to Kvitova’s 24.

In the other quarter finals, sixth seed Sabalenka will face off against Pliskova after taking care of Australian Open runner-up Danielle Collins. The Belarusian won in three sets, 3-6 6-3 6-2, having to work hard to come from behind once again, slamming home 38 winners including eight aces in a power-packed contest. Able to match it with the best of them, Collins hit 34 winners herself, but also seven more unforced errors (35-28), with Sabalenka closing out the match with two additional breaks.

In the final game, Pliskova won in three sets, bouncing back from dropping the second set in a tiebreaker to Azarenka, in order to post a 7-5 6-7 6-2 victory. The match went for three hours and two minutes, with Pliskova serving eight aces to four, and 53 winners to 46. The Czech 22nd seed also committed three less unforced errors (36-39) and broke six times to three during the match.

US OPEN WOMEN’S SINGLES RESULTS: ROUND OF 16