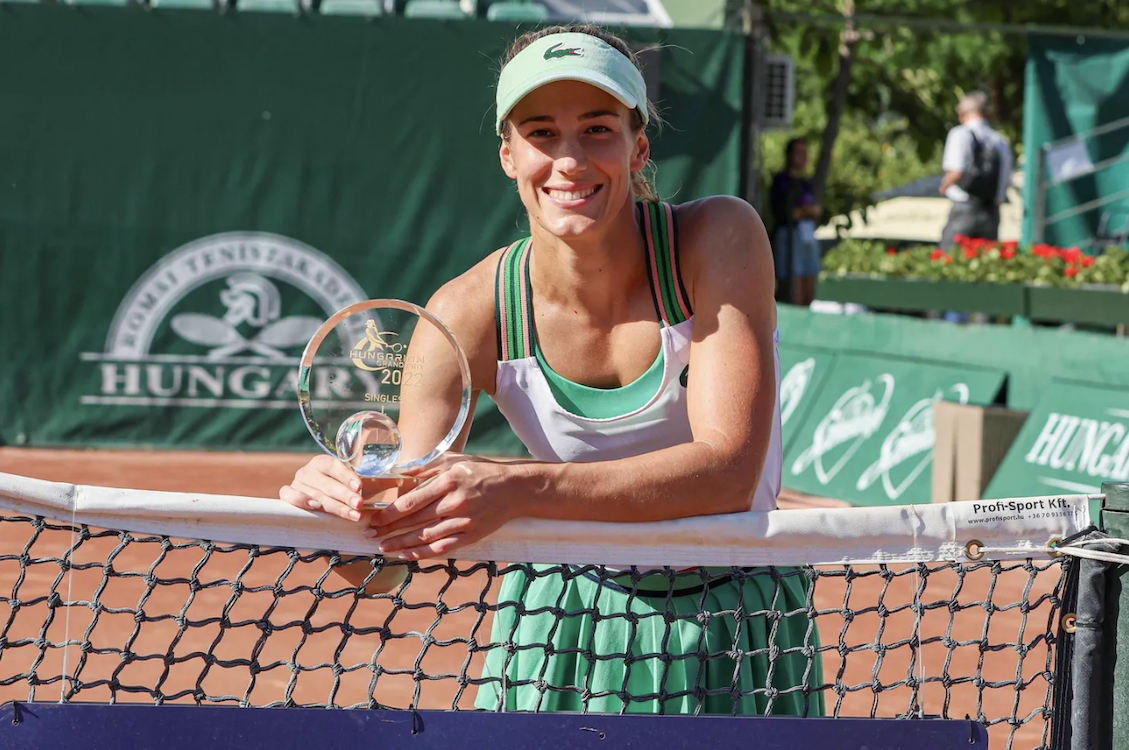 THREE new Tour winners were crowned overnight as ATP and WTA 250 event finals took place. Argentinian Francisco Cerundolo, and United States representatives Maxime Cressy and Bernarda Pera were all crowned title winners for the first times in their careers. Meanwhile in the fourth final, Croatian Petra Martic won her first final since 2019 to double her tally, with an impressive win in Lausanne.

In the only grass court event on the Tour, it was American Cressy who stood up and claimed the victory, defeating third seed Alexander Bublik in three sets. Cressy won 2-6 6-3 7-6 after looking in real trouble early in the game, trailing a set against the Kazakh. The American steadied to finish with 14 aces – but 13 double faults – and won 62 per cent off Bublik’s second serve, and grinding out a victory 7-3 in the third set decider.

“It’s an incredible feeling to win my first title, I never thought I would win it this way,” Cressy said. “I played my first ATP tournament here, and it’s always an incredible atmosphere. There were a lot of ups and downs today but I’m very proud of myself for fighting through it.”

While he was one American breaking through in Newport, his compatriot Pera was getting the job done in Budapest. Pera became the third qualifier to win the WTA 250 event, taking down Serbian Aleksandra Krunic in straight sets. The match lasted and hour and 27 minutes, with Pera winning 73 and 56 per cent of her first and second serve points off a 62 per cent clip, compared to Krunic’s 59 and 40 per cent off 56 per cent.

“It’s still so overwhelming,” Pera said post-match. “I’m still a little bit shocked how it turned out, but I felt I played some good tennis and I’m so excited for the win.

“[Krunic] pushed me to play a great match. She’s a great player and she’s been feeling great, I think, this last week as well. From the outside it looked easy, but from the inside it wasn’t that easy. “She hits fast also, so I had to be quick on my feet and had to take control of the points early. I was happy I was able to do that.”

Over in Bastad, Sweden, it was a battle of the Argentinians, with Cerundolo breaking through for his first ever title, defeating eighth seed Sebastian Baez in straight sets. It was not all easy going, having to fight through a first set tiebreaker before running away with the contest in an hour and 49 minutes. Cerundolo was impressive on serve, winning 65 and 73 per cent of his first and second serves compared to Baez’s 53 and 63 per cent, while also saving nine of a possible 10 break points, and breaking his opponent three times.

“It feels amazing,” Cerundolo said post-match. “First of all, I want to congratulate Sebastian, not just for this week. You’ve been playing amazing since last year.

“[Winning the title] means a lot. Since you are a child you imagine yourself playing in these events and finals. When I lost in Buenos Aires I was sad, because I was at home and I lost badly, but I learned a lot from that. I used it today, and I think I played a great match, a great week.”

The only player to have a title in the bank before her win overnight was Martic, who also knocked off a Serbian, in this case qualifier Olga Danilovic. Having only won the 2019 Istanbul Cup, Martic has had a few close shaves, but only just broke through for her second title three years later. The former Top 20 player won 6-4 6-2 in 90 minutes on court. She was strong on serve, winning 72 and 63 per cent of her first and second serve points off a 67 per cent clip, and also produced six aces.

“I think I played pretty consistent from the beginning until the end,” Martic said post-match. “Yesterday and the matches before, I couldn’t do that and I had a few drops. Today, I really tried to stay sharp and not let her get back in the match.”