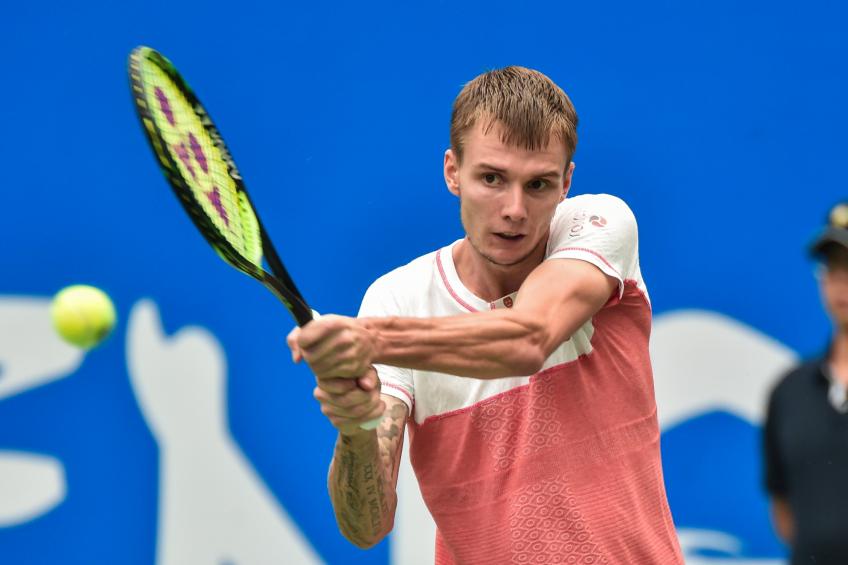 ONLY one of a possible eight matches across four tournaments both WTA and ATP Tours saw the higher ranked player win their contest. It was a remarkable day of upsets from Bastad to Newport, Buadpast to Lausanne, as most will line up for their first title of the season. In all four finals, one competitor has one a single title, and their opponent is yet to win one, meaning there is potential for history to be made overnight.

In Budapest, it will be an all-Argentinian final, following one-time title winner Sebastian Baez stunning second seed Andrey Rublev in the semi-final. The eighth seed won 6-2 6-4 to book his place in the final, up against compatriot Franciso Cerundolo. Unlike Baez, Cerundolo is yet to crack through for an ATP Tour title, but is strong on clay, which was further emphasised by an impressive 6-3 6-2 win over fifth seed Spaniard, Pablo Carreno Busta.

Over in Budapest, American qualifier Bernarda Pera will be gunning for her first WTA Tour title, having played the role of party pooper by defeating home nation talent and ninth seed Anna Bondar. Pera won 6-3 6-4, and will take on Serbian Aleksandra Krunic in the final. The unseeded Serbian upstaged Kazakh third seed Yulia Putintseva, also in straight sets, winning comfortably 6-2 6-2 to set up a final encounter having one title under her belt in her career.

The other WTA Tour final features a first-timer as well, with Olga Danilovic defeating Russian Anastasia Potapova. Danilovic made it all the way through qualifying, with the Serbian winning 6-3 6-2 over Potapova to book her spot in the Lausanne WTA 250 final. She takes on Croatian Petra Martic, who is far more experienced but still only has one title to her name, despite being as high as 14th in the world rankings. Martic needed three sets to overcome sixth seed Frenchwoman Caroline Garcia, 6-4 1-6 6-3.

Over in Newport, the only result to go as expected across the globe was third seed Kazakh Alexander Bublik defeating Australian Jason Kubler. The experienced Kazakh won 6-3 6-2 to end Kubler’s run into the semi-finals. Bublik now locks horns with fourth seed American Maxime Cressy, who rolled second seed John Isner in a surprising scoreline that did not feature any tiebreakers. The two big servers saw Cressy win 6-2 4-6 6-3 to book his spot in the final. Like all the other finals, Bublik has won one title, while Cressy is yet to breakthrough at ATP Tour level.