Vukic powers past Harris into second round 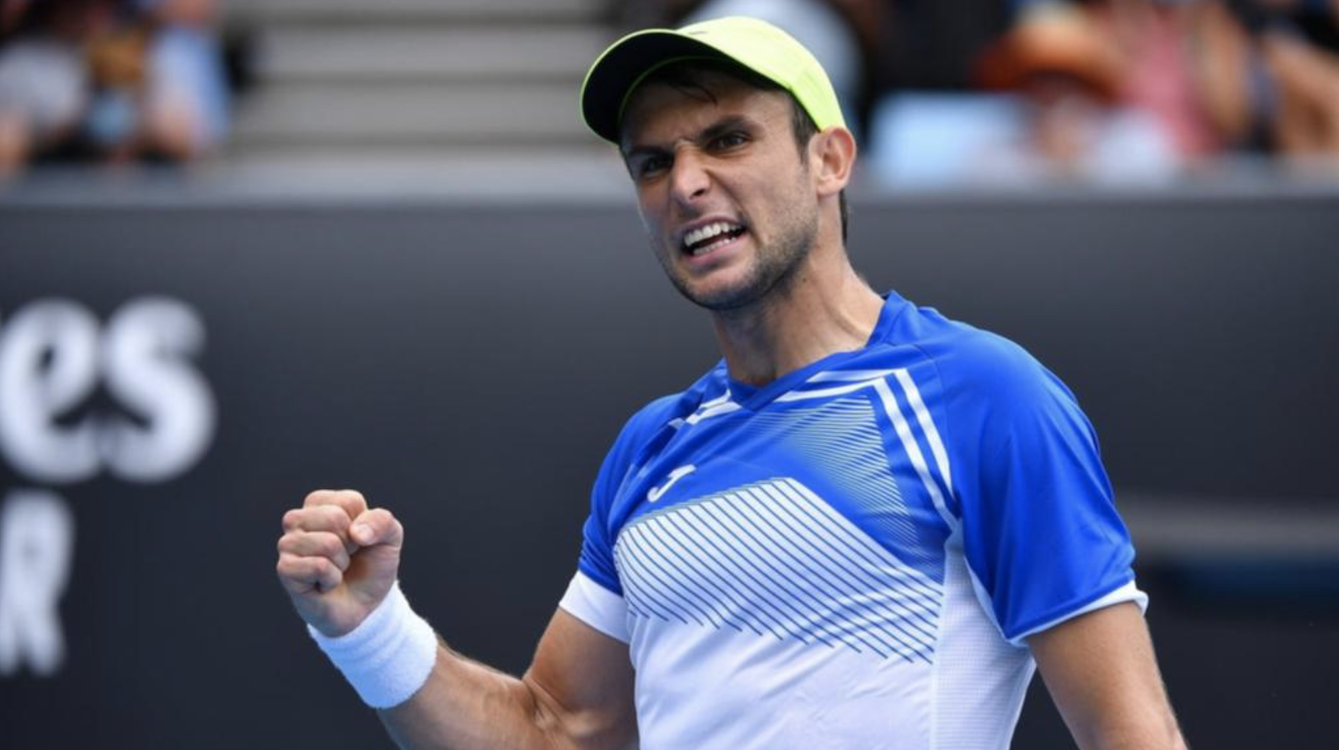 AUSTRALIAN wildcard Aleksandar Vukic has continued his remarkable start to the season by upsetting South African power server Lloyd Harris on the opening day of the 2022 Australian Open. Vukic came from a set down to win against the 30th seed 4-6 6-3 7-5 7-6 in two hours and 55 minutes.

The 144th ranked Vukic reached a quarter final in Adelaide last week and caused a number of upsets along the way. The 32nd ranked Harris had a good 2021 season, with a breakout year of 62-56 on the ATP Tour. His preparation for the Open only included a three-set loss to Soonwoo Kwon and now heads into February with an 0-2 record.

Harris was looking strong early, winning 16 of his 18 first serve points off a 72 per cent efficiency – only losing five points in total – whilst Vukic won 75 per cent off 61 per cent. Thought Harris hit two more winners (7-5), it was definitely Vukic’s 14 unforced errors (to Harris’ five) that was the difference. Funnily enough, the only break in the set came in the opening game when the South African fought back from 0-30 down to win with a forehand winner.

The second set went similar to the first set, with both players hard to break. Heading into the eighth game and trailing 3-4, Harris ent up 30-0 off a backhand inner, before Vukic returned serve with a forehand winner, and after three consecutive errors from the South African, the Australian went a break up. That was all he needed as he on his service game to love, and levelled the match with a 6-3 set. It was Vukic’s turn to only drop two points off his first serve, whilst hitting a remarkable 10 winners to only five unforced errors. Harris matched his winners count, but more than doubled his unforced errors count (11).

In the third set, neither player could manage to break easily. The South African held serve in the ninth game, then put everything he could into Vukic’s service to try and break to win the set. After having a game point, Vukic found himself back at deuce and then facing a set point from a Harris forehand winner and his own unforced error. He cleaned up by a Harris mistake off the backhand flnk, before finishing off with an ace. The brush with the set loss spurned Vukic on, ho then came from 0-30 down to break Harris for the first time in the eleventh game, and then closed out the set 7-5 in the last.

Both players got even stronger on serve in the fourth, hardly looking like losing a service game, and it came down to a tiebreaker. After Harris produced his fifth ace of the set off the first point, Vukic grabbed the mini break at 3-1. Then after Harris drew within 3-5, a forced and then unforced error saw Vukic celebrate the massive upset, 4-6 6-3 7-5 7-6. Neither player faced a break point in the final set, but Vukic won 30 per cent of his receiving points and only dropped three points off his serve in a well-deserving final set win.

All up Harris served 14 aces to 11 and produced a higher serving efficiency of 71 to 58 per cent. Vukic’s success rate at both first and second serve points was higher however, though both clocked serves at more than 200kmh. The South African seed hit seven more winners (39-32), but also 13 more unforced errors (58-45). The win meant the Australian advances to the second round where he will take on Moldovan qualifier Radu Albot after he upset Japan’s Yoshihito Nishioka in four sets, 6-3 6-4 4-6 6-2.

“I’m over the moon to have won my first grand slam main draw match, and to do it on that court (three) especially,” Vukic said post-match. “It was one of the loudest atmospheres I’ve ever seen, to be honest, and it was all for me and all for the Aussies and I couldn’t have done it without them – it’s a dream. “You grow up as a kid watching that court and watching the pros and I never thought it’d become a reality.”