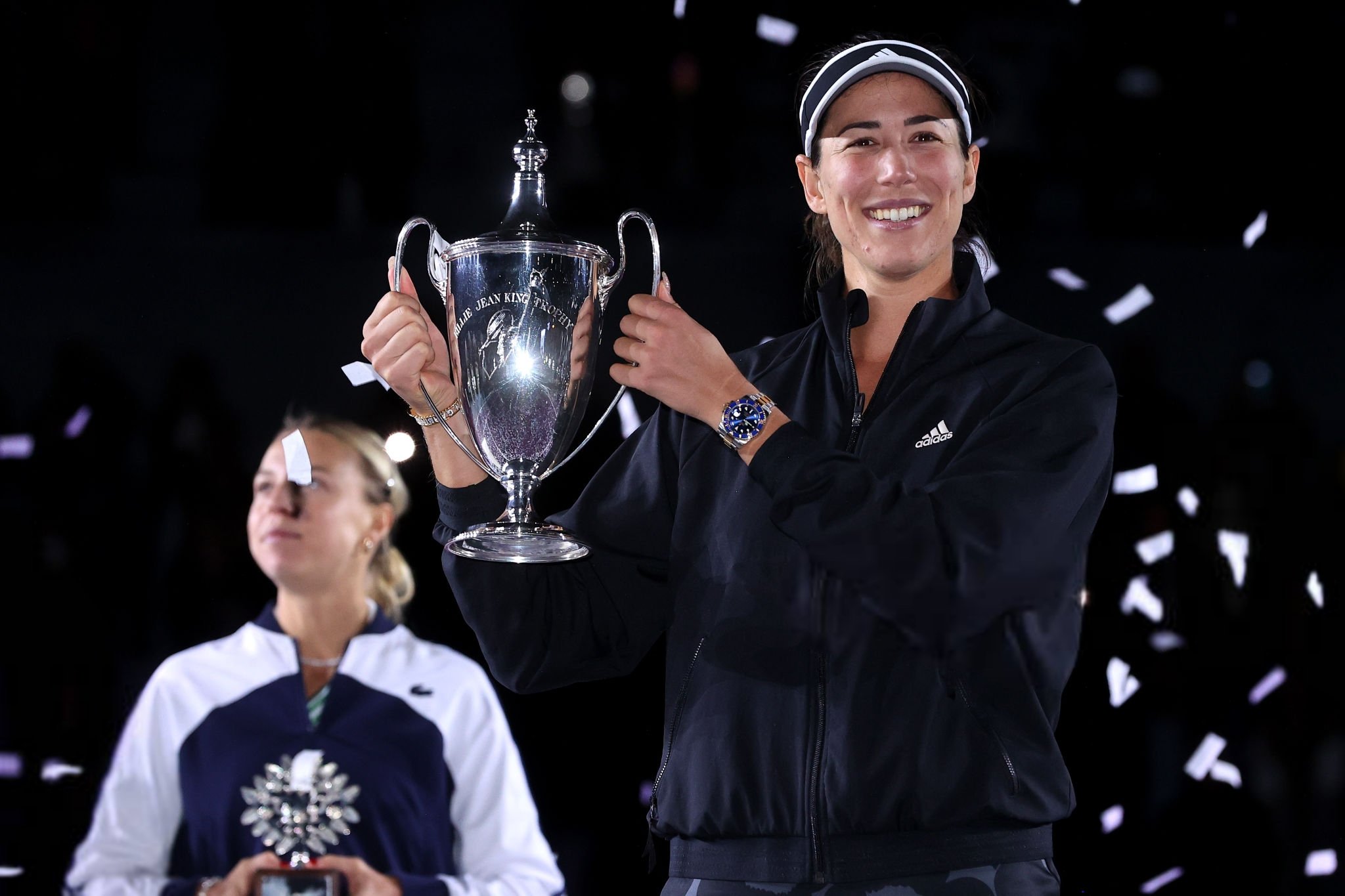 A HUGE week of WTA Finals action in Guadalajara, Mexico has come to a close, with Garbine Muguruza named the 2021 WTA Finals champion following a 6-3 7-5 victory against Anett Kontaveit. The only player to beat Kontaveit throughout her rapid rise over the past month, it was a milestone 10th title win for Muguruza, who became the first Spaniard to win the prestigious title.

It was a confidence boosting win for Muguruza, who required one hour and 38 minutes to complete the straight sets victory. While Kontaveit started well on serve, it was the Spaniard who was able to gain the upper hand in the first set, earning a 4-3 lead and gaining in confidence from there to sail out the remainder of the first with ease.

However, Kontaveit’s strong form of late would not be for nothing, using her power to control the early stages of the second set and forcing errors off Muguruza’s forehand. Gaining a 5-3 advantage, it looked for all intents and purposes that Kontaveit would force a deciding set. But even a break down in the second set as Kontaveit served for the set, Muguruza rallied from behind to win the last four games of the match and steal the victory from under the Estonian’s nose.

Throughout the 98-minute clash, it was Muguruza who retained the upper hand on the stats sheet, winning 69.4 per cent of her first serve points off a 63 per cent clip, marginally better than Kontaveit’s 60 per cent win rate off her 51.7 per cent clip. While Muguruza won less points off her second serve, she also did not need to utilise it as much winning 13 of her 21 attempts, compared to Kontaveit’s lowly 17 from 42. To Kontaveit’s credit though, she saved six of 11 break points, not allowing Muguruza to take control easily, although in comparison Muguruza only faced four break points, and saved two.

Muguruza is expected to rise to third in the WTA rankings at season-end, defeating Kontaveit twice during the week and also accounting for Barbora Krejcikova and Paula Badosa on her way to the title. Kontaveit is set to hit a new career-high seventh in the world, after only breaking into the top 10 for the first time on November 1.