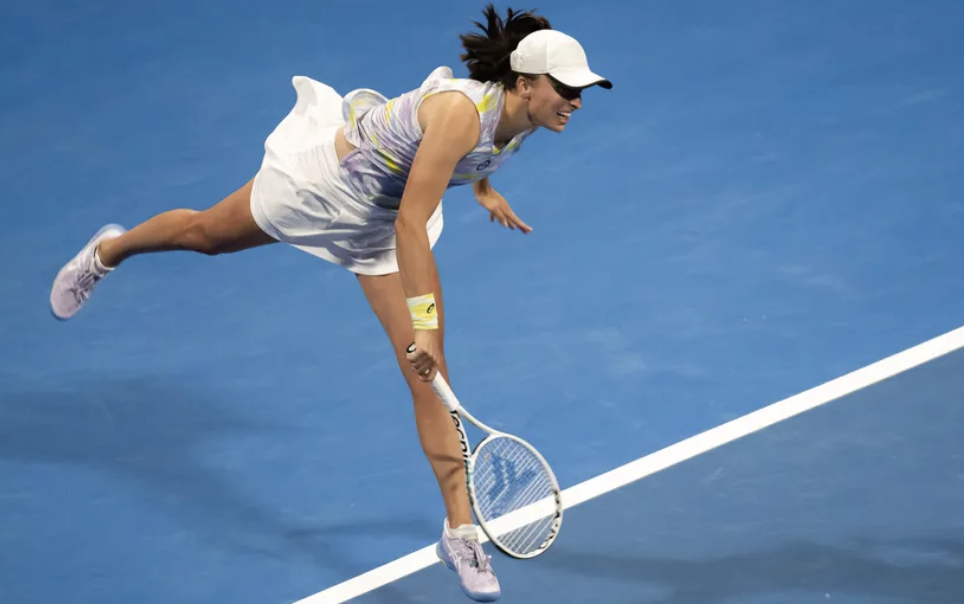 FINDING all the WTA Tour scores in one place can be difficult, so Rookie Me Central has you covered. Here are all the main draw tournament results from yesterday, February 25. For the WTA Tour, that is the WTA 1000 event in Doha and the WTA 250 event in Guadalajara.

Note: Due to time difference, the results from the Mexico event are from February 24, whereas the Doha results are February 25.

The two finalists at the Qatar Open have been decided, with fourth seed Anett Kontaveit winning her ninth straight game – and ending the same winning run of her Baltic friend Latvian Jelena Ostapenko – whilst Iga Swiatek won the other semi-final. Kontaveit knocked off Ostapenko in straight sets, 6-1 6-4, whilst Swiatek proved too good for Sakkari, 6-4 6-3.

“Really excited,” Swiatek said post-match press “For sure I showed consistency throughout the whole tournament, and I’m really happy that I could keep my level of tennis at a really high level.”

Swiatek has won the last two matches against Kontaveit, both coming at Grand Slams in Paris and Flushing Meadows, with an overall head-to-head of two wins apiece.

“I felt like [Kontaveit and I] always had good rhythm maybe on court, and that’s why the rallies were long,” Swiatek said. “We were kind of even in everything.

“I don’t know how it’s going to be right now, because the last match I played against her was basically before she had that great streak at the end of last year.  I’ll be ready for anything, honestly. Every match is a different story.

“Anett showed she’s really consistent and I really respect that, because how she played during the past few months, it’s been amazing. I just hope it’s going to be a good show. I hope I’m going to be able to play my game and just look forward.”

Down in Mexico, the Round of 16 was completed, with all three seeds out on court advancing through to the final eight. Third seed Sara Sorribes Tormo blitzed Poland’s Magdalena Frech, only dropping two games, whilst sixth seed Sloane Stephens also won in straight sets over Frenchwoman Chloe Paquet. Fourth seed Colombian Maria Camila Osorio Serrano had a much tougher time against United States’ Hayley Baptiste, having to come back from a disappointing first set to win, 1-6 6-3 6-3. In the other match, Australia’s Daria Saville continued her run with a straight sets victory over Caroline Dolehide to back up her first round victory over top seed Emma Raducanu.