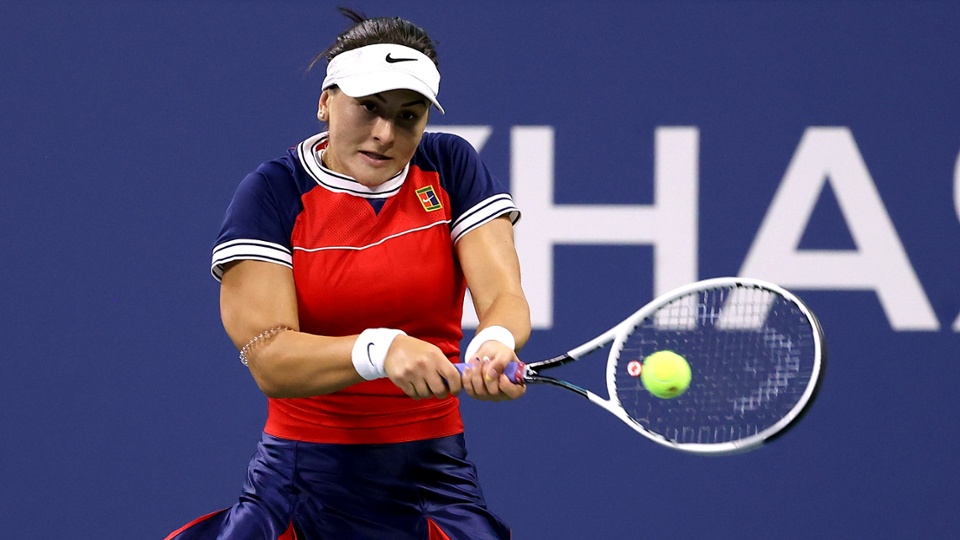 IT was a fairly comprehensive day for the US Open’s top seeds, as the Round of 64 came to a close with some intriguing results coming to light. Not only that, but yesterday’s delayed matchup was completed with 16th seed Angelique Kerber earning her third round berth, albeit a day later than expected.

It was a mostly successful day for the top talent as world number one Ash Barty continued her form as Karolina Pliskova and Iga Swiatek overcame deficits to claim wins in three sets. 2019 champion Bianca Andreescu and another grand slam champion in Petra Kvitova both also claimed second round wins in straight sets, with Andreescu one of the last results of the day and proving it was worth the wait, cleaning up American Lauren Davis 6-4 6-4.

“This match wasn’t easy at all,” Andreescu said on court. “There were a lot of close games. “There was just a point here and there that counted.

“I’m feeling very good out there. I think as the matches are progressing, I’m starting to feel my tennis more and more. “I haven’t had easy matches. “Even today I know was straight sets, but the games were very tight.

“What I’m very happy about mostly is my serving because I’ve been working a lot on that. “Also my movement on the court, I’ve been putting a lot of work in the gym and it’s really paying off.”

Barty fended off Danish teen Clara Tauson to earn her third round berth, overcoming Tauson’s second set fight back to claim an eventual 6-1 7-5 victory. The Australian fired off 11 aces for 33 winners and 26 unforced errors, winning a classy 80 per cent of points off her first serve in the process.

“Today was tricky, I think, to navigate through that second set and just trust myself and hit out,” Barty said. “Being able to respond straightaway was a big part of that match.”

“Just refocusing, and narrowing my focus, and remembering what I needed to do to win the match as opposed to getting flat and passive, where I was letting her control a little bit too much.”

Barty will face Shelby Rogers in the Round of 32 for the fifth time this season, after the American rallied from 1-4 down in the first to overcome Romanian Sorana Cirstea 7-5 6-2. Barty has won all four of their 2021 meetings, paving the way for an intriguing clash here. Elsewhere, Pliskova had it slightly tougher, firing off a whopping 24 aces against Amanda Anisimova but requiring two hours and 21 minutes to take down the American 75 6-7(5) 7-6(9). Pliskova’s twin sister Kristyna managed to force a first set tiebreaker against Kvitova, but ultimately went down to the fellow left-handed Czech and 10th seed. Meanwhile, Swiatek overcame a shaky start to claim a 3-6 7-6(3) 6-0 victory over Frenchwoman Fiona Ferro, cleaning up her act throughout to finish with 37 winners to 35 unforced errors overall.

“It was a tough match,” Swiatek said. “I think I didn’t start it properly, because I felt like I couldn’t properly feel my legs. “But it’s not the first time, so I’m trying to work on that. “In the second set, I loosened up a little bit, kind of changed tactics.”

Just two seeds fell on day four of action as Russian Varvara Gracheva overcame 24th seed Paula Badosa and Australian Ajla Tomljanovic downed Croatian Petra Martic, with Gracheva equaling her prior 2020 best at the event by making it to the third round, and Tomljanovic going one better than her four-time personal best (Round of 64). The day’s remaining five seeds had little issue though, as Belinda Bencic, Maria Sakkari, Jessica Pegula and Anett Kontaveit all went through in straight sets, as Anastasia Pavlyuchenkova rounded out the group with a 6-2 5-7 6-2 victory over Anna Schmiedlova.

Eighteen-year-old Emma Raducanu is the youngest player remaining in the draw following Tauson’s and Coco Gauff‘s loss yesterday, disposing of Zhang Shuai 6-2 6-4. The talented teen hails from Great Britain and is yet to drop a set here after coming through qualifying, joining fellow 18-year-old Leylah Fernandez in the third round. Sara Sorribes Tormo and Greet Minnen round out the day’s list of winners, both claiming straight set victories to head into the Round of 32.

US OPEN ROUND OF 64 RESULTS: