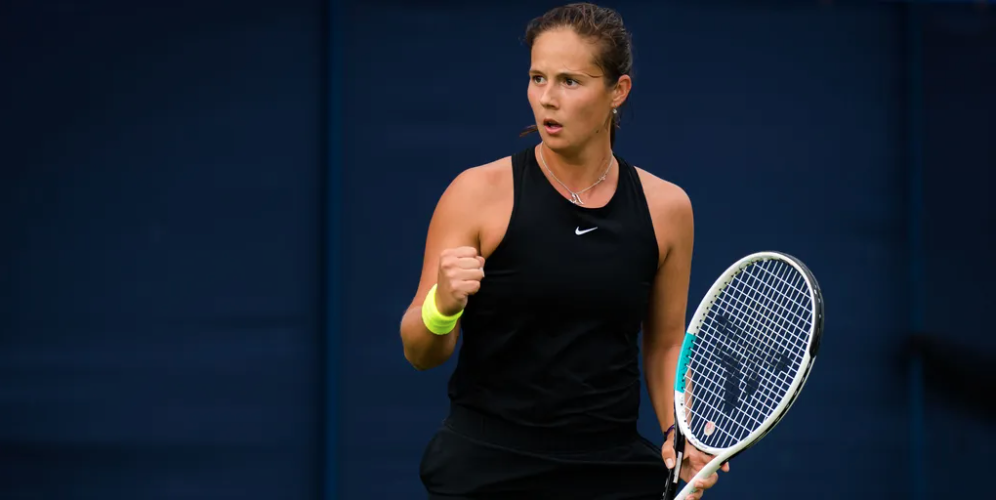 THE Round of 16 has begun in both Chicago, Illinois and Cleveland, Ohio, with plenty of intrigue surrounding the day’s results.

In Chicago, seventh and eighth seeds Kristina Mladenovic and Marta Kostyuk both made it through to the quarter finals unscathed, with straight sets wins apiece. Mladenovic required just 72 minutes to stop Canadian Francoise Abanda in her tracks with a 6-3 6-2 victory, making the most of Abanda’s error rate and eight double faults to control the contest. Mladenovic did not have to rely on her second serve too heavily, winning 65.6 per cent of points off a 74.4 per cent clip and was only broken once throughout the clash. She also won 60.8 per cent of points on return, proving her control throughout the contest.

Eighth seeded Ukrainian, Kostyuk took out a similar result against hard-hitting Estonian Kaia Kanepi, completing the 6-2 6-3 sweep in just over 90 minutes. Both players had moments of brilliance on serve but also wasted chances with double faults, as Kanepi completed the match with a better service efficiency but off less serves. Kanepi only broke once from nine chances though, as Kostyuk retained control.

Meanwhile, Varvara Gracheva‘s result came through a retirement to Romanian Ana Bogdan early in the second set, seeing the Russian take out the third quarter finals position by default, 7-5 3-1. The remaining clash of the day between top seed Elina Svitolina and Frenchwoman Fiona Ferro has been suspended at 44 minutes, with the two sitting on four games apiece prior to the delay.

In Cleveland, there were no easy matches with first seed Daria Kasatkina requiring one hour and 53 minutes to dispose of American Caty McNally, shaking off a first set deficit to eventually claim the 2-6 6-4 6-2 result. Kasatkina hit three aces and won 56 per cent of her total service points off a 69.7 per cent clip to claim the win. Things were not quite so good for fifth seed Nadia Podoroska though, as the Argentinian fell in three to Belarusian Aliaksandra Sasnovich, 6-7(7) 6-4 6-4 in a hard-fought two hour and 46-minute match. Sasnovich weathered Podoroska’s 10 aces and built off of the Argentinian’s 10 double faults, winning just three points more (113-110) to clinch the win.

The other two results saw sixth seed Pole Magda Linette deny 16-year-old Czech Linda Fruhvirtova a quarter finals berth with a 7-6(2) 5-4 win, using every ounce of her experience and 13-years seniority to clinch the result in one hour and 38 minutes, while Romanian Irina-Camelia Begu wrapped up the winners list with a 7-6(5) 7-5 victory over Polona Hercog in one hour and 53 minutes.

CHICAGO WOMEN’S OPEN ROUND OF 16 RESULTS:

TENNIS IN THE LAND ROUND OF 16 RESULTS: