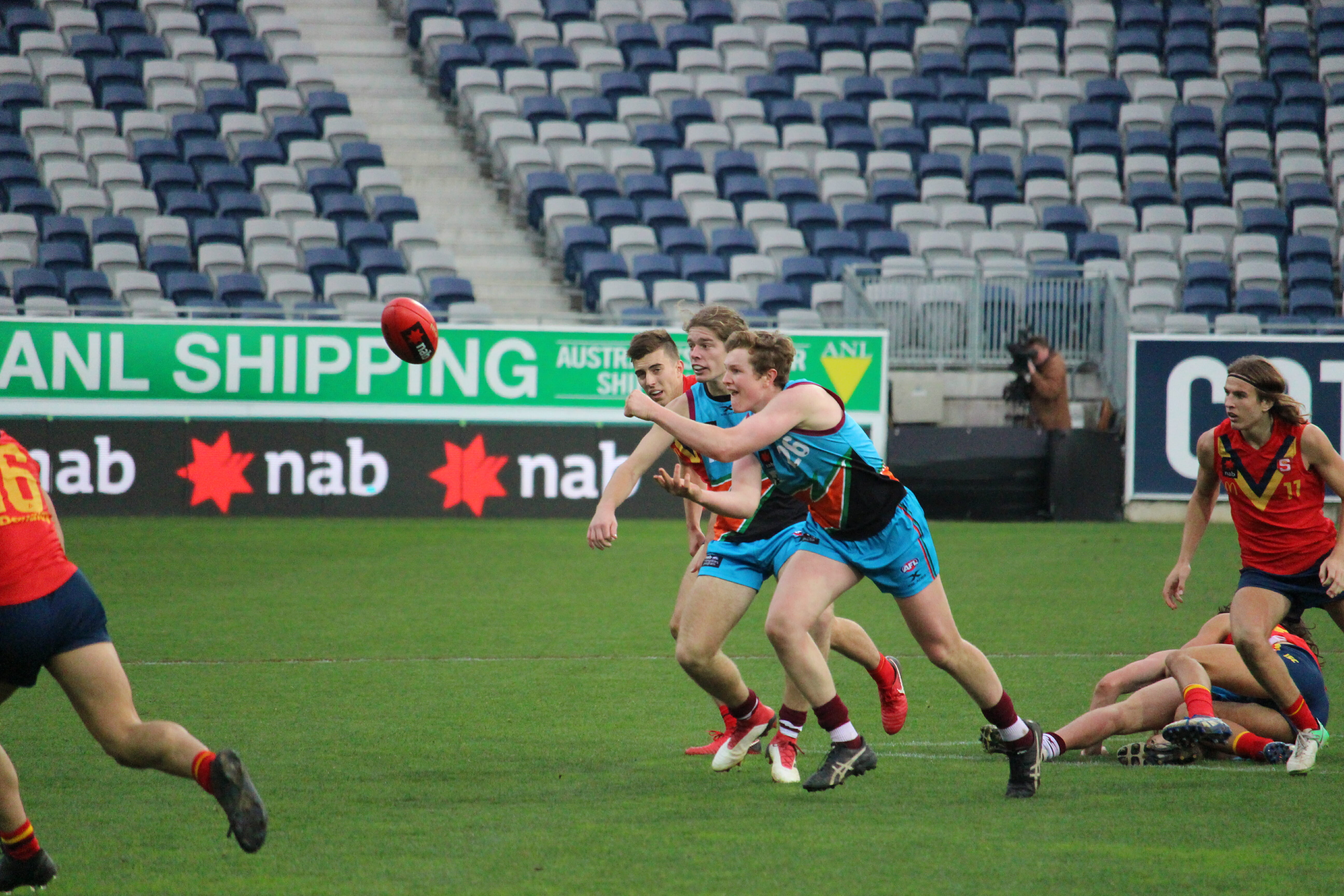 THE Allies have today announced the 50-player squad to take to the National Under 18 Championships following the conclusion of the NAB League Boys competition which gave the Allies teams a chance to test themselves against Victorian opponents ahead of the championships next month. Of the sides, Sydney Swans Academy had the most representatives with 10, while the two Queensland Academies had eight apiece as did Tasmania Devils. GWS GIANTS Academy and the New South Wales/Australian Capital Territory (NSW/ACT) region – comprised of Murray Bushrangers and Bendigo Pioneers – had six each, while Northern Territory had the four.

Among the names to watch are potential first round picks, Connor Budarick (Gold Coast), Mitch O’Neill (Tasmania) and Tom Green (GWS GIANTS), while the likes of Malcolm Rosas Jr (Northern Territory) and Hewago Paul Oea (Gold Coast) will provide excitement inside 50. The team will have some serious talent in the key position posts, with Liam Delahunty (GWS GIANTS), Jackson Callow (Tasmania) and Hamish Ellem (Sydney) among those talls vying for the spot, while Kobe Tozer has been named in the squad and will aim to return after some bad luck with injury. Both Murray Bushrangers and Bendigo Pioneers have three players in the side, with the first game to commence in Launceston on June 9.