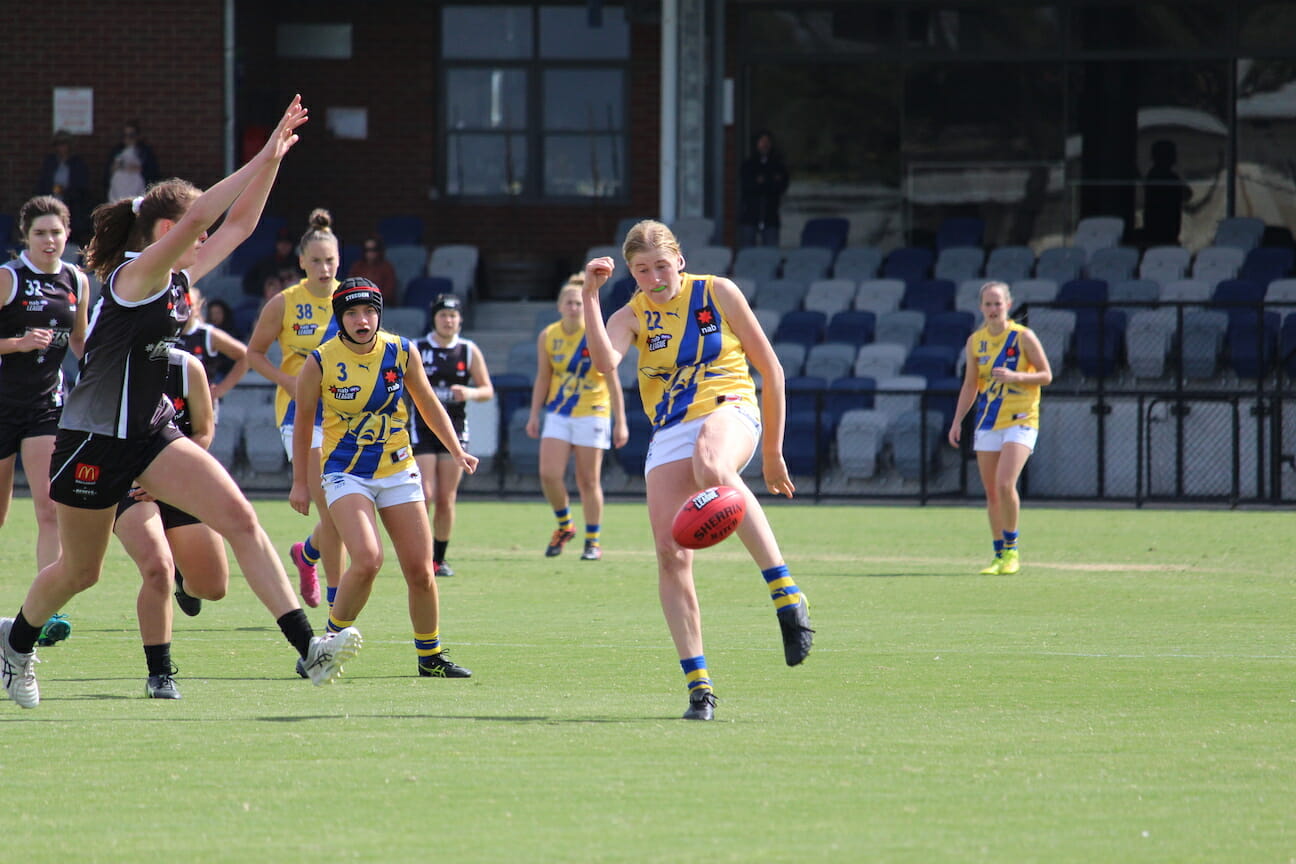 Next under the microscope is Western Jets’ defender-turned-midfielder Isabelle Pritchard who looms as one of the best defensive prospects in the AFL Women’s Draft, and if the AFL Women’s Under 18 Championships go ahead, will be a key fixture for the Vic Metro side along with Sarah Hartwig.

A player who has undoubtedly been on the minds of AFL Women’s clubs for some time as she emerged through the pathways, Western Jets’ Isabelle Pritchard is among the top players available this year. She is a good size at 177cm, capable of playing in a key position role, but has the athleticism to also play as a midfielder if need be. She is strong overhead, a fierce tackler and is not afraid to get her hands dirty with a high work ethic to match her ability.

She represented Vic Metro as a middle-ager in 2019, averaging 7.5 disposals, but having the 2.5 rebounds and 2.0 tackles to go with it, showing she was more than capable of standing up under pressure. In the NAB League Girls competition, Pritchard amassed more than 15 touches a game, and around four tackles and two rebounds in an improving Jets side last year. Fast forward to 2020 and her numbers across the board have shot up, with seven more disposals, an extra mark, inside 50 and rebound, but the most noticeable boost was in her tackling pressure.

After averaging 3.9 tackles in 2019, Pritchard averaged 7.3 already in 2020, playing an inside midfield role rather than her traditional half-back. This allowed her to find more of the football – which she had no trouble doing to begin with – and be a real menace for opposition midfielders on the inside. She is just as capable playing an outside role, so could fill out onto a wing at the elite level, but could well begin as that half-back with good intercept skills.

The aspects that make Pritchard so strong are her natural footballing ability, which is clear based on her positioning at marking contests and ability to intercept. She has sound decision making, terrific defensive pressure, and can hurt opposition teams going both ways. Throw versatility into the mix, and Pritchard presents as a real top-level prospect for the AFL Women’s future.