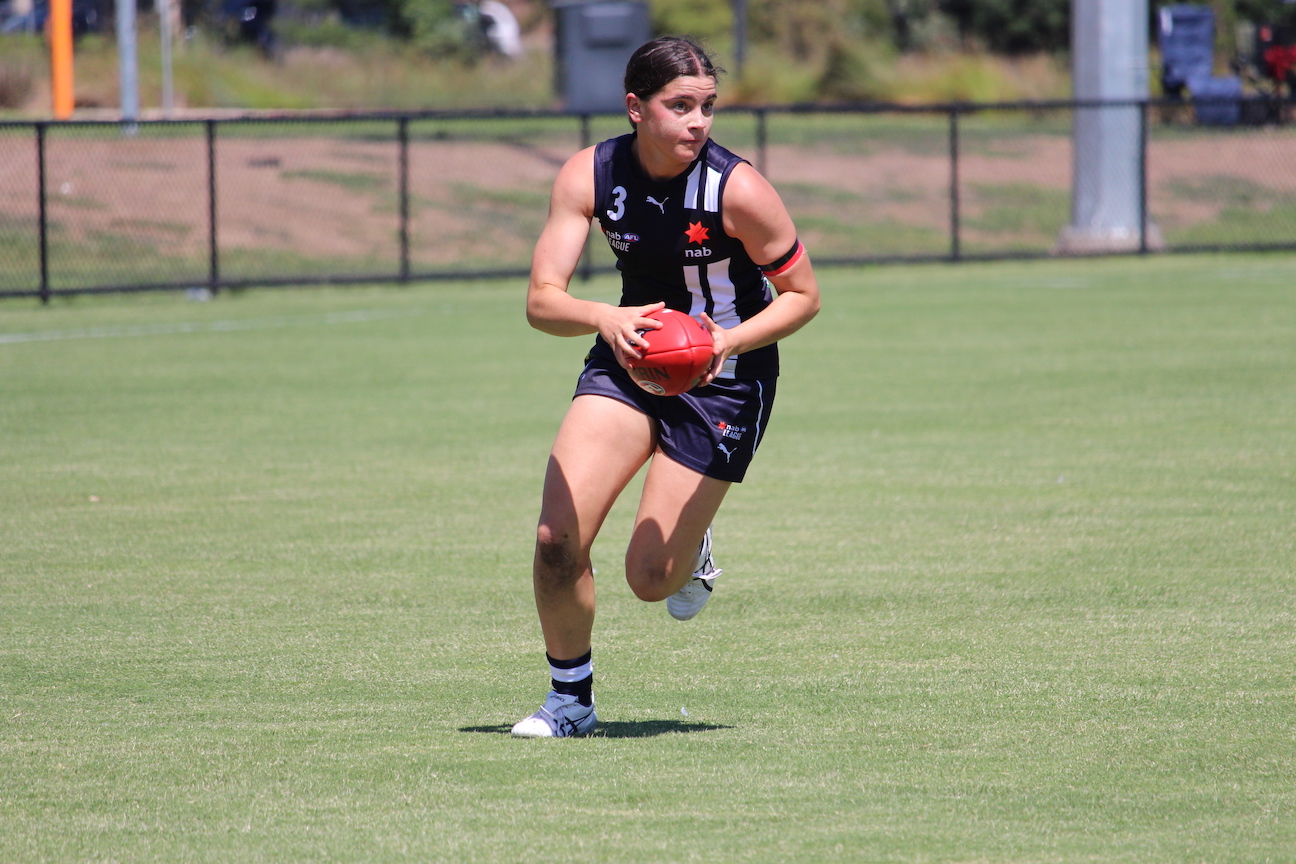 Next under the microscope is Geelong Falcons’ midfielder Darcy Moloney who is a talented ball winner and progressed strongly through her middle-age and start of top-age footballing pathway.

A player who really came into her own as a middle-ager last season in the absence of the recently drafted Nina Morrison and Olivia Purcell. Moloney stepped up into the midfield, helping out captain Lucy McEvoy and teaming up with fellow bottom-ager Laura Gardiner, whilst providing a bit of dash and touch of class on a wing and half-forward. She booted the four goals, but it was her link-up work between midfield and forward – where she could hit up targets across her body and finding gaps inside 50 that really stood out.

Stepping up to represent Vic Country, Moloney was able to play all three games across the AFL Women’s Under-18 Championships, averaging almost 14 touches, as well as three tackles and three inside 50s per game. Her ability to get into space and run, and have an impact going inside 50 are among some of her top attributes. She only played the two games earlier this year, but brought her own football to the game, racking up a whopping 26.5 touches and still laying 3.5 tackles per game. She has an innate ability to provide an option and then look to get-and-go or switch up on the transition play to open up scoring opportunities for her teammates.

Whilst there is still plenty of unknowns about the remainder of the year, Moloney will undoubtedly be a key player in the Falcons last handful of games over the next couple of months, and be an important cog in the Country midfield should the championships go ahead as expected. She might be smaller than some other midfielders, but runs hard, finds the ball and uses it well, which sets her aside from a lot of her peers. She also has the capability of playing both inside and outside midfield, whilst resting at half-forward. She does not need a lot of touches to influence the contest, but she has no problems finding the ball.