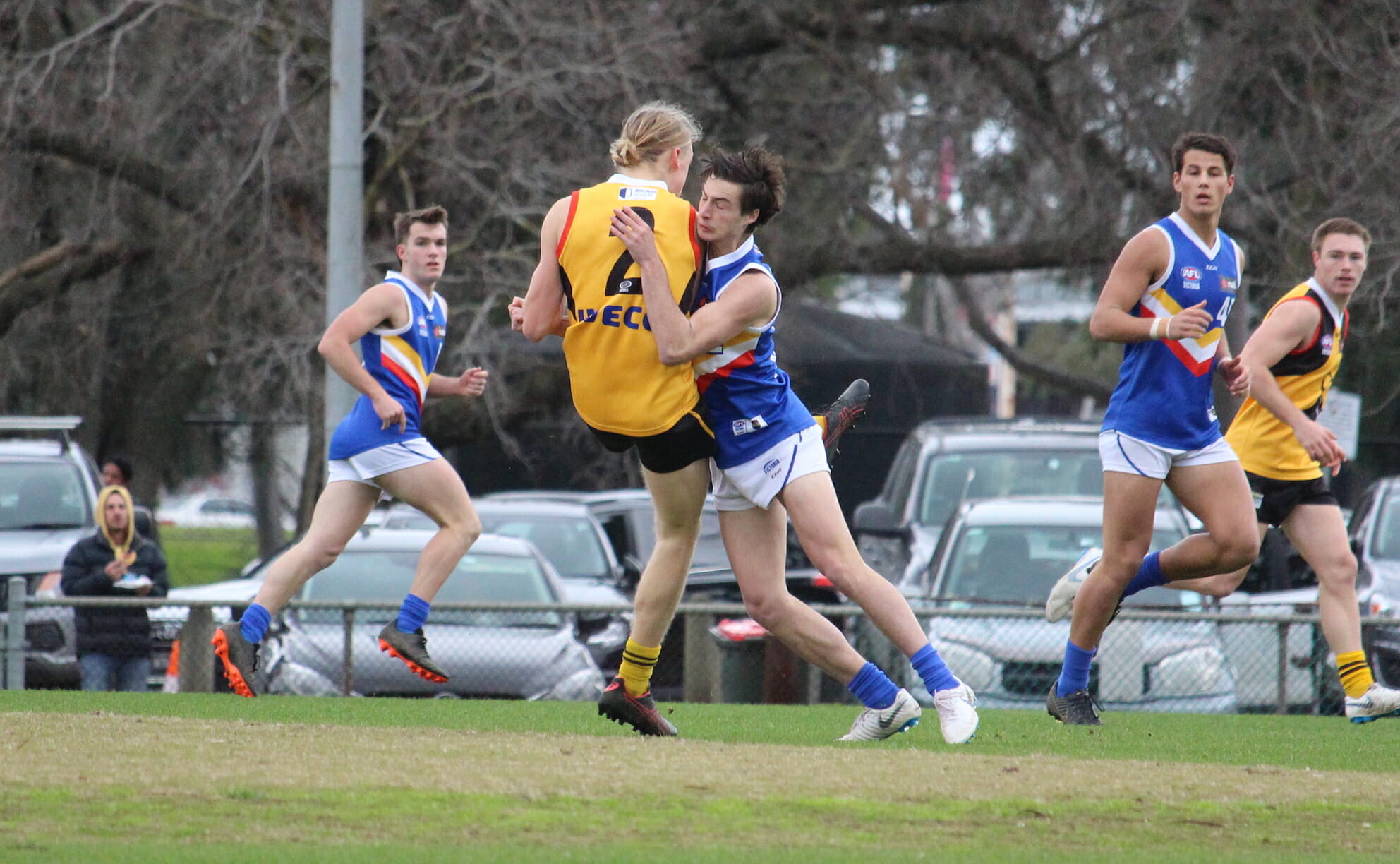 EASTERN Ranges’ Tyler Sonsie has earned the Draft Central Round 1 NAB League Boys Player of the Week nomination after winning the vote against fellow Top 10 talent, Oakleigh Chargers’ Nick Daicos in the AFL Draft Central Facebook group. Sonsie is one of the few draft-eligible talents in his 18th year who did get to debut at NAB League level a couple of years ago, playing six games in 2019.

Being integral in Eastern Ranges’ push to the 2019 NAB League Boys Grand Final Sonsie averaged 11 disposals, 2.0 marks, 1.7 clearances, 2.3 inside 50s, 2.3 tackles and booted three goals from his bottom-age season. After missing out on playing last year due to the COVID-19 pandemic, Sonsie made up for lost time with a huge effort in Eastern’s big win over Calder Canons on the weekend.

Sonsie had a round-high 34 disposals to go with six marks, six inside 50s, two tackles, two rebounds and two goals in a complete performance. The 18-year-old talent is one of the smoothest movers with nice skills and composure, and will be one of a number of Vic Metro midfielders looking to bring the AFL Under 18 Championships title back to Victoria.

“Sonsie reminded everyone why he is considered one of the top five prospects in the 2021 draft with a dominant display in the midfield, showing his trademark attacking nature and class in a strong four-quarter performance. Sonsie was a clearance specialist in the first quarter, winning plenty of the ball in-close and dishing off cleanly by hand. It wasn’t his usual style of winning the ball and attacking by foot, but he was effective nonetheless…. [ READ FULL SCOUTING NOTES ]

Eastern Ranges have a tough ask in Round 2, going up against a hungry Oakleigh Chargers side that fell short against Sandringham Dragons in Round 1. The match will take place from 1:30pm at Preston City Oval, before the Ranges cross the Bass Strait to take on Tasmania Devils on the Apple Isle in Round 3.