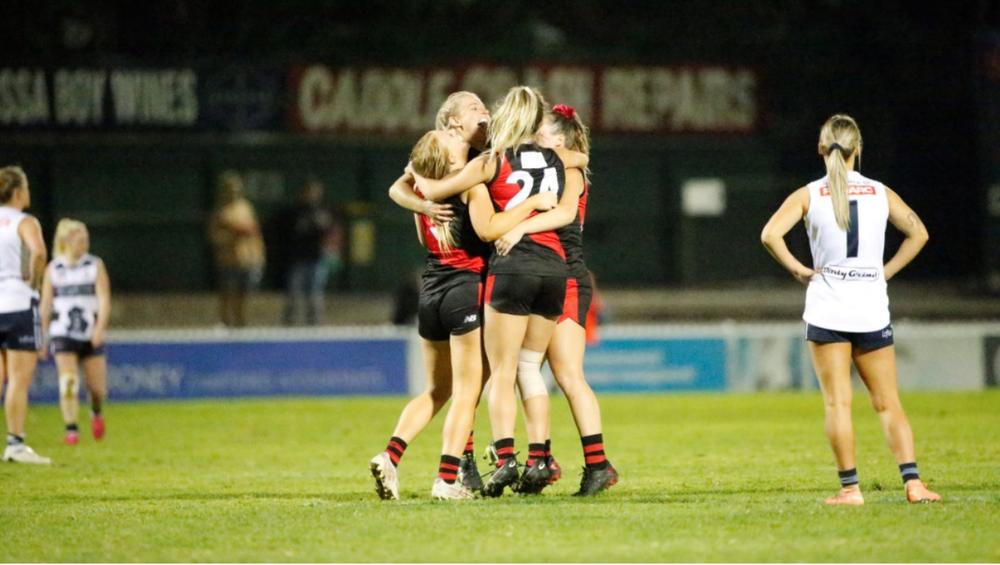 IN the first week of the South Australian National Football League (SANFL) Women’s finals series, Glenelg booked its spot in the 2021 Grand Final, whilst West Adelaide remained alive to face Norwood in the preliminary final next week. We took a look at the State Academy players running out for the four sides, with all notes the opinion of the individual writer.

A solid game with a more prominent second half than first, Lismund had some nice moments with clean pickups coming out of half-back. A forward charge from defence midway through the third term to get it to the wing was impressive, and she was able to clear the congestion well under pressure to hit a target at half-back late in the game.

Had some busy moments, particularly in the first half where she set the tone by putting her body on the line. After doing that on the wing, the forward-midfielder went forward and took a great mark on the lead, but her shot floated to the top of the goalsquare. Halfpenny continued to present well and win the ball in the forward half of the ground, and whilst she has had bigger games, still had some nice moments.

Provided some good pressure in the forward 50 to win the contested ball, able to scrap away and get the ball cleanly to teammates. She tried to dart through a pack at one stage but was brought down almost immediately. Finished with the six touches and played her role as a pressure player.

Was the most prominent of the State Academy players in the game, with Tonon providing great run and carry off half-back, showing great cleanliness at speed. She used the ball well in the back half, and used quick hands in traffic when moving around the ground. She took a good intercept mark playing a kick behind the ball in the third term getting to the right spot, and provided some good rebounding in transition.

A quieter game in the scheme of things, but Morriss still provided some good pressure around the ball in the back half and had some neat kicks by foot out of defence in the Bays’ win.

Produced a really solid all-round game but was particularly prominent in the fourth term when she stepped up in crunch moments. Using her potent left foot, Ballard went into the midfield and really had a an impact around the ball, laying some great tackles, winning some free kicks and using the ball well clearing wide to the wings. She also won a contested ball and free kick at the final centre stoppage to wind down the clock and seal the win. Her ball use and second efforts – as well as one-percenters – were shining lights in the game.

Had some good defensive efforts around the ball with a couple of touches, but showed smarts with a good knock-on midway through the second term to a teammates’ advantage. Could have set up a goal when she took the game on, but her kick was smothered as she went for a shot.

The bottom-age talent is still on the return from injury and got another game under her belt with an improving performance. Her defensive pressure was what was evident in this match, laying a number of big tackles to lock the ball in, or force turnovers from the opposition. She was often under pressure herself so did not get the time or space where she can do real damage, but still played a key role in the win.

Another really solid performance playing forward and midfield for the in-and-under type, using her athletic traits to gain separation on the lead on a number of occasions. She took a good grab early in the game one-on-one, and worked hard around the ground for each of her disposals. She seemed to be involved throughout the contest, and even had a snap towards goal as she was knocked over in the final term to keep the ball in a dangerous spot.

Was tightly guarded around the stoppages most of the game and whilst she barely had any space in the first three quarters, really stepped up in the final term when it counted. She won her fair share of the ball throughout the game, but also gave away a number of uncharacteristic free kicks for rushed tackles, but once the final term hit, she won plenty of the ball in close and thumped it long to keep it in the danger zone. She kept working hard with second and third efforts, eventually getting it out and earning a free kick for her troubles. She had a snap on goal in the last term which fell in the goalsquare, but another huge kick in the final three minutes going back inside 50 kept the ball locked in there.

Caught the eye once again with her speed and work rate, and whilst she was not always perfect – getting caught on occasions and then just spilling it, such as a bounce that went awry in the second term – she always looked dangerous when she was in the area. Her evasion and ability to get to repeat contests was impressive, and had a snap on the outside of the boot five minutes into the game which was a behind. She had another shot in the third term after burning off an opponent early, but the shot also just missed. Kept running hard throughout the contest.

Had some nice involvements throughout the game upon returning to the side, picking up the eight touches and using her generally reliable boot to hit targets. She provided some good pressure inside forward 50 in the third term and drove the ball inside 50 to put pressure on the West Adelaide defence.

Unfortunately Schirmer’s day ended early, coming off with a knock just before the quarter time siren, before copping another knock to her ankle in the opening minute of the second term. She managed a handball in that contest before she was injured, but otherwise had an early end to the game.