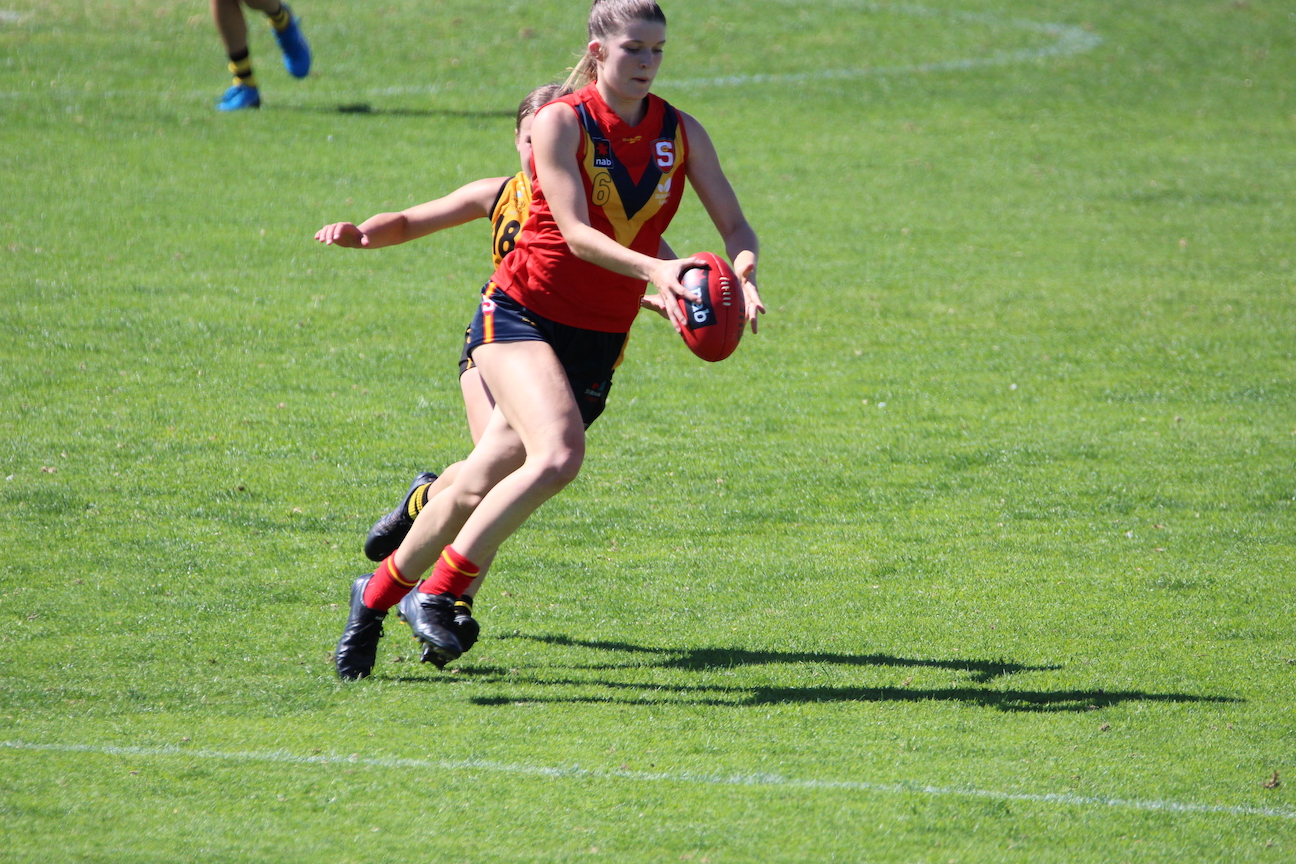 Swans shine over GIANTS in AFLW Under 16s

TWO AFL Women’s Under 16 Championship clashes took place last week, with the up-and-coming talent in both NSW-ACT and South Australia taking to the field. For the Sydney Swans and GWS GIANTS Academy players, it was their first outing from two clashes, while for the South Australians, the 2006 and 2007-born talents wrapped up their […]

GOING through the 2022 AFL Women’s Under 18 Championships undefeated, South Australia had its most successful carnival in junior female football history. The Croweaters belted Western Australia and Vic Country, before holding on in a thriller against Vic Metro to remain undefeated, the only side to do so this year. MVP: Shineah Goody (WWT Eagles) […]

Scouting Notes: AFLW Under 18 Academy vs. Under 23 All Stars

A FOURTH quarter flurry saw the AFLW Under 18 Academy kick away from their Under 23 counterparts on Sunday, running out 41-point victors at Punt Road Oval. With essentially the nation’s best young talent on show, there were plenty of outstanding individual performers who displayed their class. We highlight them in the latest edition of […]

PRODUCING a much-improved effort on last year, Vic Metro was one of the team’s to beat in the 2022 AFL Women’s Under 18 Championships. They might have lost to South Australia by less than a kick, but charged home hard to try and get over the line. Earlier in the carnival, they held Vic Country […]

BRISBANE Lions Academy AFLW Draft prospect Kiara Hillier is hoping to follow in the footsteps of her inspiration Shannon Campbell and make it to the elite level. The 17-year-old is in her top-age year, and has plied her trade at both ends of the field, standing at 173cm. Running out for Maroochydore in the Queensland […]

QUEENSLAND was really competitive from start to finish at the 2022 AFL Women’s Under 18 Championships. The Maroons went down to Vic Metro after fading in the second half at Metricon Stadium, but bounced back to notch up two wins over Vic Country and the Allies respectively. With no shortage of standout performers, here are […]

LAST week we announced a Surprise Packet player from each of the four states that had completed their 2022 AFLW Under 18 Championships campaigns. The final match between the Allies and Queensland was completed on the weekend, so the final two Surprise Packets have been named. The surprise packet criteria, each player mentioned will be […]

WESTERN Australia bounced back from a forgettable loss to South Australia first up to be competitive against the WAFL Women’s All Stars, then collect the points against the Allies. The Sandgropers won their final game by a thrilling five points after trailing at half-time and being level at the final break. They had some standouts […]