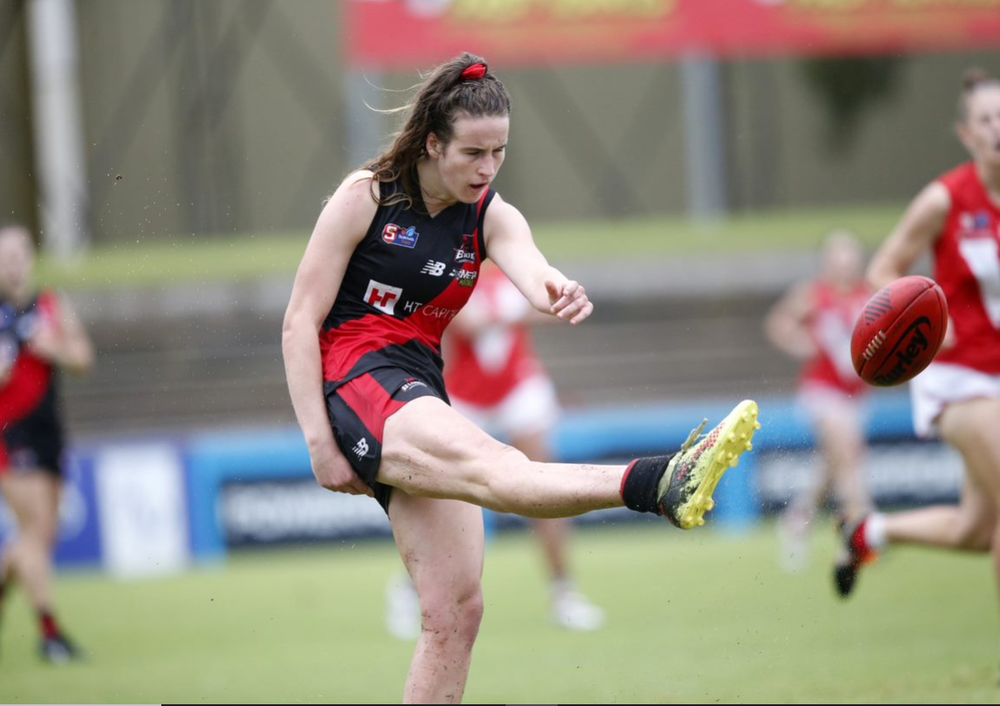 IN summarising the 2021 South Australian National Football League (SANFL) Women’s season, Draft Central will run through a team-by-team review of how each of the sides fared, and who some of the standout performers throughout the clubs were. The next team in the firing line is West Adelaide.

Season in a Sentence: “West Adelaide stood tall when it counted, putting in some remarkable home and away performances – as well as some disappointing ones – to fire at the right time and make its inaugural grand final.”

About as good as a debut season as anyone could ever have, especially being just 15-years-old. The League Best and Fairest award, Team of the Year honours and Breakthrough Player of the Year nod, Young had her hands full after the season awards, to go with her Most Valuable Player (MVP) gong at the AFL Women’s Under 19s Championships. In season 2021, Young averaged 18.7 disposals, 4.3 marks, 5.6 tackles, 2.6 clearances, 3.3 inside 50s, 2.1 rebound 50s and slotted seven goals, finding the ball in every third of the ground. Her lowest disposal tally was 15, and her highest 25, in a remarkable feat of consistency.

As rock solid as anyone in defence for her 14 games Whiting earned Team of the Year honours at centre half-back and was clearly one of the top recruits to the SANFL Women’s this season. A powerful kick, good overhead mark and one player who was versatile enough to go forward forward for a few weeks and kick three goals, Whiting had a memorable year. She finished the season with 14.6 disposals, 2.7 marks, 1.6 tackles, 1.6 inside 50s and 4.1 rebound 50s, picking up double-digit disposals in all bar three of her matches, having a season-high 24 disposals and 14 rebound 50s in the grand final.

Another State Academy member who put together a better season than her last earned a Breakthrough Player nomination and averaged 16.5 disposals, 2.3 marks, 4.7 tackles, 2.1 clearances, 2.8 inside 50s and 1.2 rebound 50s per game. Predominantly playing inside midfield and then later on as a high half-forward, Venning brought the pressure and work rate that saw her really standout for the Bloods. Receiving an AFLW Draft Combine invite and earning a sport at half-forward in the SANFL Women’s Team of the Year, Venning had a really impressive season.

Playing 10 matches for the Westies in between her AFLW commitments, Biddell slotted 10 goals and was a force through the ruck as well as forward. Often pinch-hitting in the middle, Biddell was a strong contested mark, taking 15 of them in the season, as well as 4.3 marks total per game. She had the 13.1 disposals, 2.4 tackles and 3.5 inside 50s at SANFL Women’s level, and was a tough player to contain on any given day. After going goalless in two of her first four games, Biddell kicked a goal in each of her last six, including 1.3 in the grand final.

West Adelaide had plenty of strong contributors throughout the year, with Sarah Dargan coming midseason to bolster the midfield, Keeley Kustermann and Abbie Ballard impressing when they were not injured, and Bec Owen being a rock as captain until suffering a heartbreaking injury in the preliminary final. Madi Russell and Taylah Jayne did some nice things in defence, Ailish Considine starred when in the team, and Louella McCarthy and Kate Walsh were among others who had some impressive games.