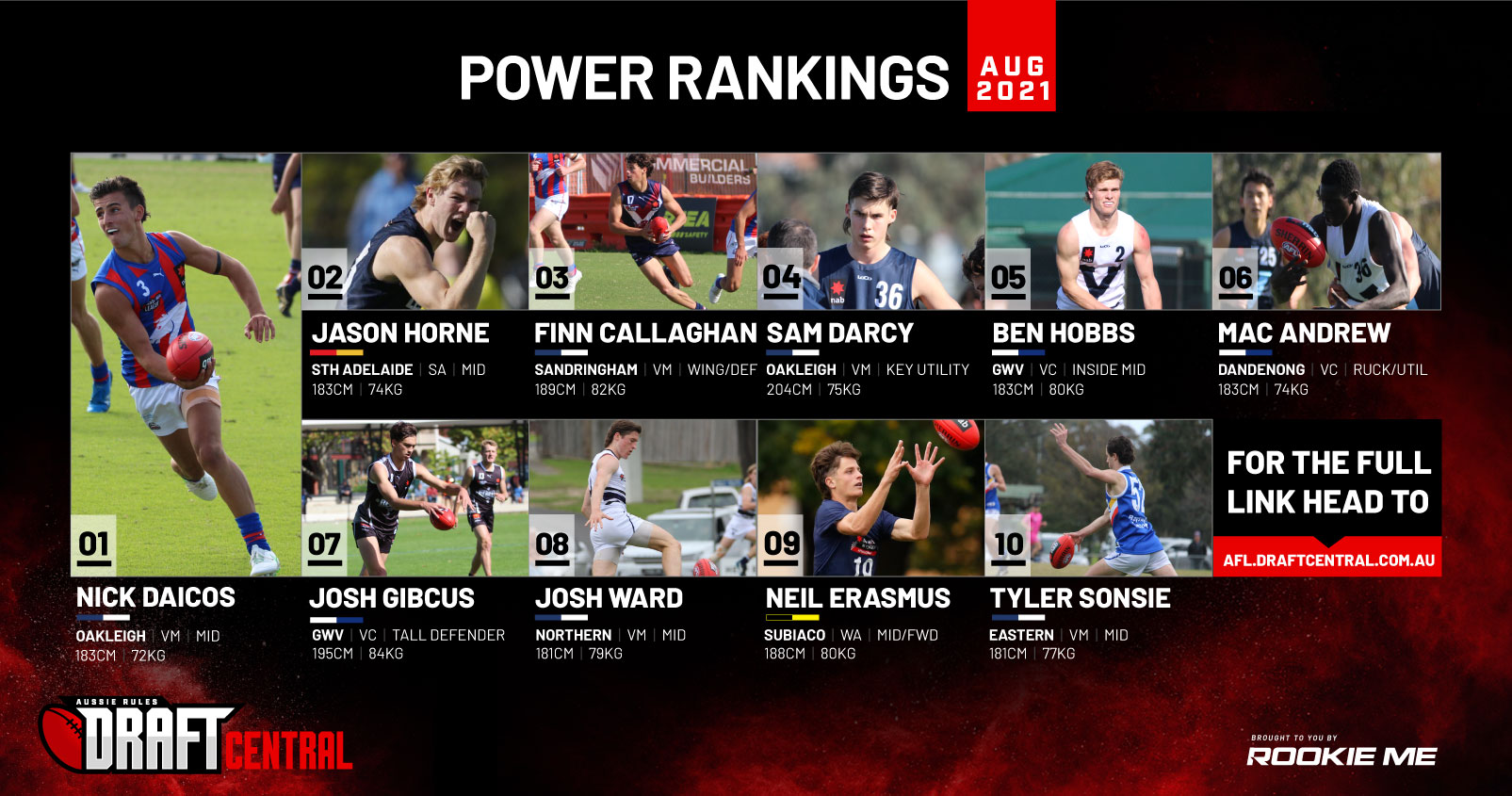 […] a massive bottleneck remains just outside of first round contention. Draft Central released its August Power Rankings update on Monday, which ranked the nation’s 25 best prospects, but had about 40 in contention for […]

[…] first in the latest Draft Central Power Rankings, Daicos is a very realistic chance of being bid on with pick one but will inevitably end up in […]