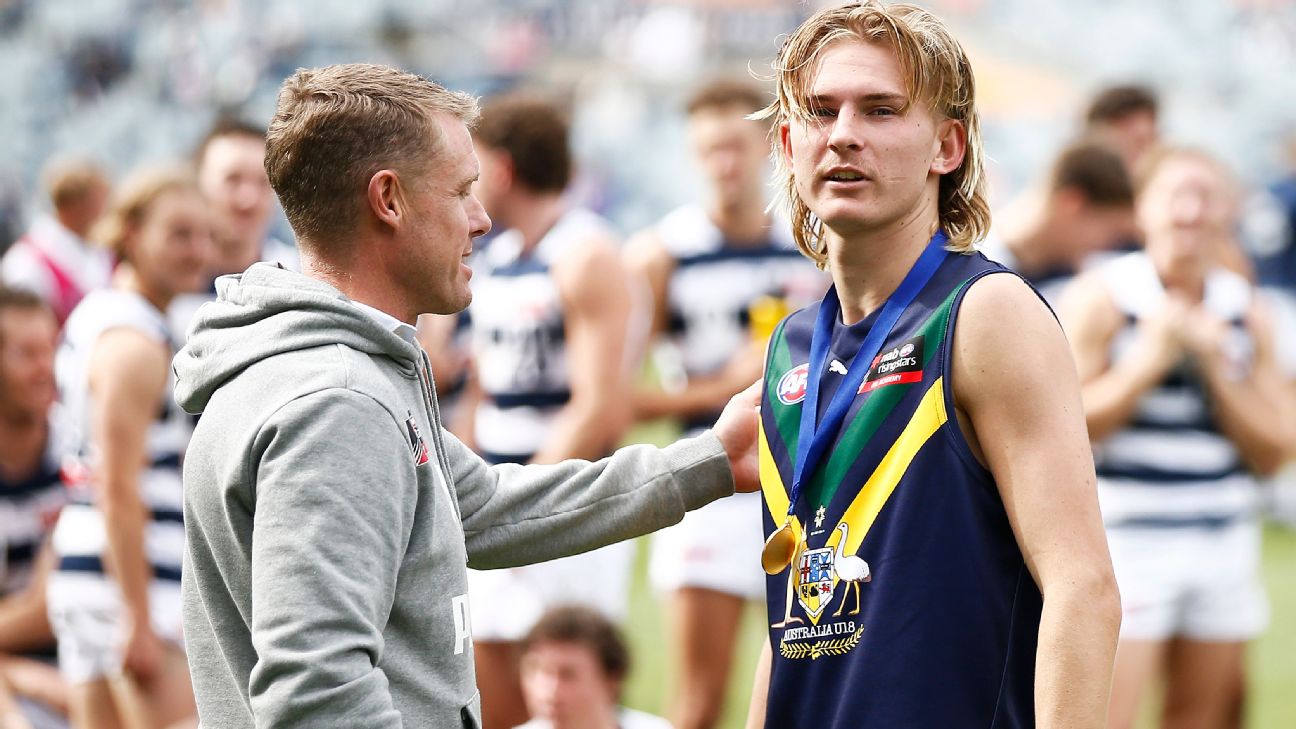 ARGUABLY this year’s leading Northern Academy prospect has turned out for two of them across his footballing journey, but returned home in 2021 as he looks to materialise his AFL dream. That prospect is Greater Western Sydney (GWS) Academy standout Josh Fahey, and Canberra is home to him.

His academy eligibility was up in the air last year as he moved with family up to Queensland, linking up with the Gold Coast Suns’ program and looking likely to enter the open draft this year. But schooling and the allure of a home within the Giants family brought Fahey back to his roots, also confirming his status as a GWS-eligible talent.

The dashing defender put his name in lights in April, turning out for the AFL Academy in a 130-point thrashing at the hands of Geelong VFL. While the result was not ideal, Fahey took out the MCC President’s Medal as best afield for the Under 19 team, collecting 23 disposals as part of a besieged back six.

During preseason, Fahey highlighted the showcase game as a landmark he was most looking forward to reaching this season. With the opportunity to better his own game by playing alongside the best footballers this country has to offer, Fahey shone.

“Being part of the AFL Academy, playing with the best players in the country I think I can learn a lot off them,” Fahey said. “I’m looking forward to playing with most of the Melbourne boys really. Obviously they’ve got that stereotype down there of how good they actually are… just playing with them I think is going to take my game to another level.”

While injury slightly disrupted his campaign early on, Fahey has also turned out for GWS at state league level this season. Across three games, his best outing came against reigning VFL premier Richmond in Round 5, where he notched 24 disposals. He continued his taste of senior football with local side, Queanbeyan in the AFL Canberra competition, making for quite a diverse schedule.

Hailing from the Canberra region and with family ties in other sporting codes, it has not always been footy for Fahey. The 17-year-old marks his Under 15 SSA All Australian selection as a turning point in his chosen career path, which lead him to state Under 16 selection and the aforementioned AFL Academy honours.

“I’ve only played (Australian football) for five years now,” Fahey said. “I grew up with League and Union my whole life because dad coached Rugby Union at a pretty high level… so I’ve been here for five years and don’t regret a thing coming over.”

“Under 15s was the main thing when I made the All Australian team and was only playing at club level every now and then. That’s probably the main thing that got me over the line really.”

Fahey says tackling is the main facet of either rugby code he has managed to transfer to football. Though it is a strength, the 186cm prospect’s speed and penetrative kick are arguably his most eye-catching traits.

“I wouldn’t say (tackling) is my greatest strength but it’s maybe above average compared to others,” he said. “At the end of the day my game comes down to my kicking and I judge how impactful I was on the field that day through my kicking and targets.”

“The main thing I’m working on is taking my aerial game to another level. Being 186cm I think I can really use that to my advantage this year.”

While current and future opportunities are slightly blurred as most of the nation endures lockdown protocols, Fahey’s end goal is clear – get drafted. The run-and-gun defender has shown top 25 potential at his peak, though the Giants will likely hope to keep that under wraps.