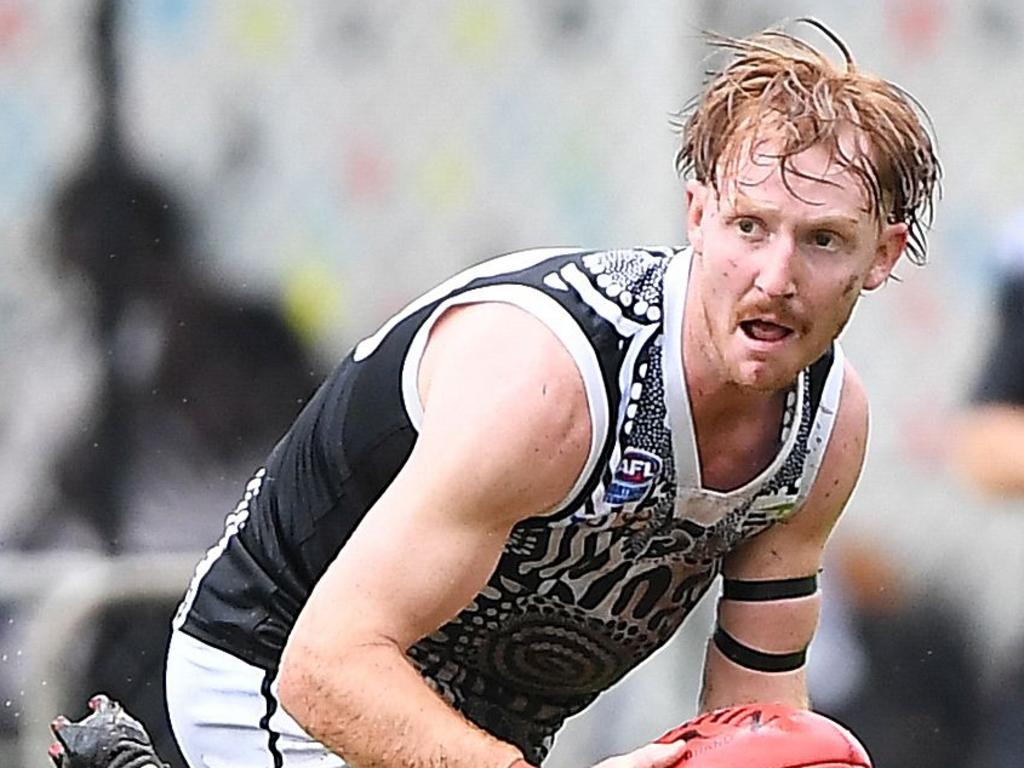 A TIO Stadium Triple Header takes place tomorrow to headline Round 3 of the Northern Territory Football League (NTFL) Men’s Premier League competition. Just one team – St Mary’s – has collected full points so far this season, and they lock horns with the only side yet to tally any points this season in Tiwi Bombers. Elsewhere, Waratah, Nightcliff and Darwin are the other top four sides, taking on the remaining bottom four sides in Southern Districts, Wanderers and Palmerston Magpies respectively.

In a David against Goliath battle, top takes on bottom in a match that shapes as an uphill battle for the last placed Tiwi Bombers. In their first two games against Darwin and Palmerston, they were competitive for the most part, but just let down by lapses in quarters. Not a tall team, they struggle in the hitouts and just getting their hands on the ball, having a whopping 88 less disposals than the Magpies last week, and despite being relatively even in the contested possessions (minus-eight) they were swamped in the uncontested possessions (minus-78) and allowed 27 forward 50 marks, and 78 handball receives. If they allow that against St Mary’s, who has proven to be the benchmark team this season, it could get ugly. The Saints have passed the first two challenges, including an impressive win against reigning premiers Nightcliff. Nathaniel Paredes is on fire this season, picking up two best on ground performances, and the Bombers will need to find a way to stop him, whilst Jackson Calder and Tyson Woods were both lively up forward last week. Anthony Munkara and Kim Kantilla were ridiculous up forward for the Bombers slotting five goals apiece in the loss, with both very dangerous inside 50 and Nicholas Hooker having a sensational game in defence with 22 touches and 11 rebound 50s.

Southern Districts are coming off a draw with Darwin Buffaloes after suffering a Round 1 loss, so will be looking to grab their first win of the season in the Round 3 encounter with Waratah. The ‘Tahs were brought back to earth last week against a blood-thirsty Nightcliff side hungry to get on the board, following Waratah’s big Round 1 win over Palmerston Magpies. This game should be a good one, with the Crocs better than their ladder position might suggest, and will be buoyed by their massive comeback against the Buffs, booting five goals in 15 minutes to storm home and snatch two points. They were well beaten for most of the game, losing the clearances by 21 and contested possessions by 22, but stepped up when it counted in the final term, as Darwin ran out of gas. They will be keen to build on that against a Waratah side that conceded 4.5 in the final quarter against the reigning premiers to be blown away after keeping touch with them at the final break. They were beaten in contested ball (minus-32) and clearances (minus-12) so both sides will be keen to turn that around this match. Michael Bowden had 20 touches, six marks and 10 rebound 50s for the Crocs last week, as Dylan Barry and Jonathon Ross slotted three goals up the other end. Robert Turnbull was productive for the Tahs’ with 19 disposals, six clearances and seven inside 50s, whilst Jayden Magro booted 3.2 to kick almost half of his sides score, and Daniel O’Dwyer had nine rebound 50s from nine disposals.

Two sides coming into the contest with a 1-1 record, reigning premiers Nightcliff will be keen to go back-to-back against a Wanderers side coming off a loss after a win against Southern Districts in Round 1. Both teams went down to St Mary’s in consecutive weeks, with the Tigers putting the foot down against Waratah last round when it counted, and will be strong favourites here. Nightcliff was far from perfect in Round 9, but slotted 8.10 in the second and fourth quarters combined, to kick away from the Tahs’ when it counted. They had 47 more disposals, 32 more contested possessions and 12 more clearances to deservedly take home the win. Waratah was beaten in all those areas by the Saints, having 45 less touches, 15 less contested possessions and nine less clearances, but the 48-point loss could have been even worst with 22 less inside 50s (53-31 including 27 to 11 in the second half. It was a 7.2 to 2.4 second quarter that effectively ended that contest though, and they cannot afford to lapse like that against the Tigers this week. Tom North came in and provided great midfield prowess with five clearances from 16 touches, supporting Wade Derksen (16 disposals nine clearances) in midfield, whilst Trent Melville and Cameron Ilett shared in seven goals. For Wanderers, Warwick Williams had 11 rebound 50s from 16 disposals and three marks, with Mitchel Taylor (14 disposals, four marks and six rebound 50s) also productive back there.

The final match of the round also pits two sides who are yet to collect full points, with Darwin falling apart in the last term last week against Southern Districts, or the Buffaloes may well have been standing alongside St Mary’s at the top of the NTFL ladder. They are still in a marginally better position than Palmerston, with the Magpies having got on the board against last placed Tiwi Bombers, but were smashed out of the park in Round 1 against a feisty Waratah outfit. In the Round 2 win over Tiwi Bombers, the Magpies had 88 more disposals, 78 more uncontested possessions, 28 more marks and took a whopping 27 marks inside forward 50. They enjoyed an uncontested brand without any pressure – just 49 tackles were laid for the games – which allowed them to run and carry with 57 more handball receives too. Darwin will bring much more heat in this game, and extra motivation after letting the last game slip and conceding five goals in the last 15 minutes after leading by 31 points at the 10-minute mark of the final term, and having to share the points with the Crocs. They had won the disposals and clearances by 21 in a midfield domination, and got their hands dirty with a plus-22 in contested possessions. They lead the uncontested possessions by 22 and disposals by 45 heading into the final term, before the Crocs booting 5.2 from 12 inside 50s to draw the game. Jarrod Stokes had 22 disposals, five marks, six inside 50s, nine clearances, three rebound 50s and a goal in a sensational effort, whilst t was Hassan Ahmat-Watkins who slammed home seven goals from 11 scoring shots in an unstoppable effort up forward. Thomas Clarke was also good in midfield with 19 touches, six clearances, four inside 50s, four rebound 50s and a goal. They will look to contain the Palmerston midfield pair of Rudy Riddoch and Eric Guthrie, with the duo combining for 51 disposals, 17 marks, 10 clearances and 14 inside 50s last week, while Daniel Stafford slotted a bag of his own up forward in his first game of the year, with a 6.2 haul from 16 touches and nine marks. 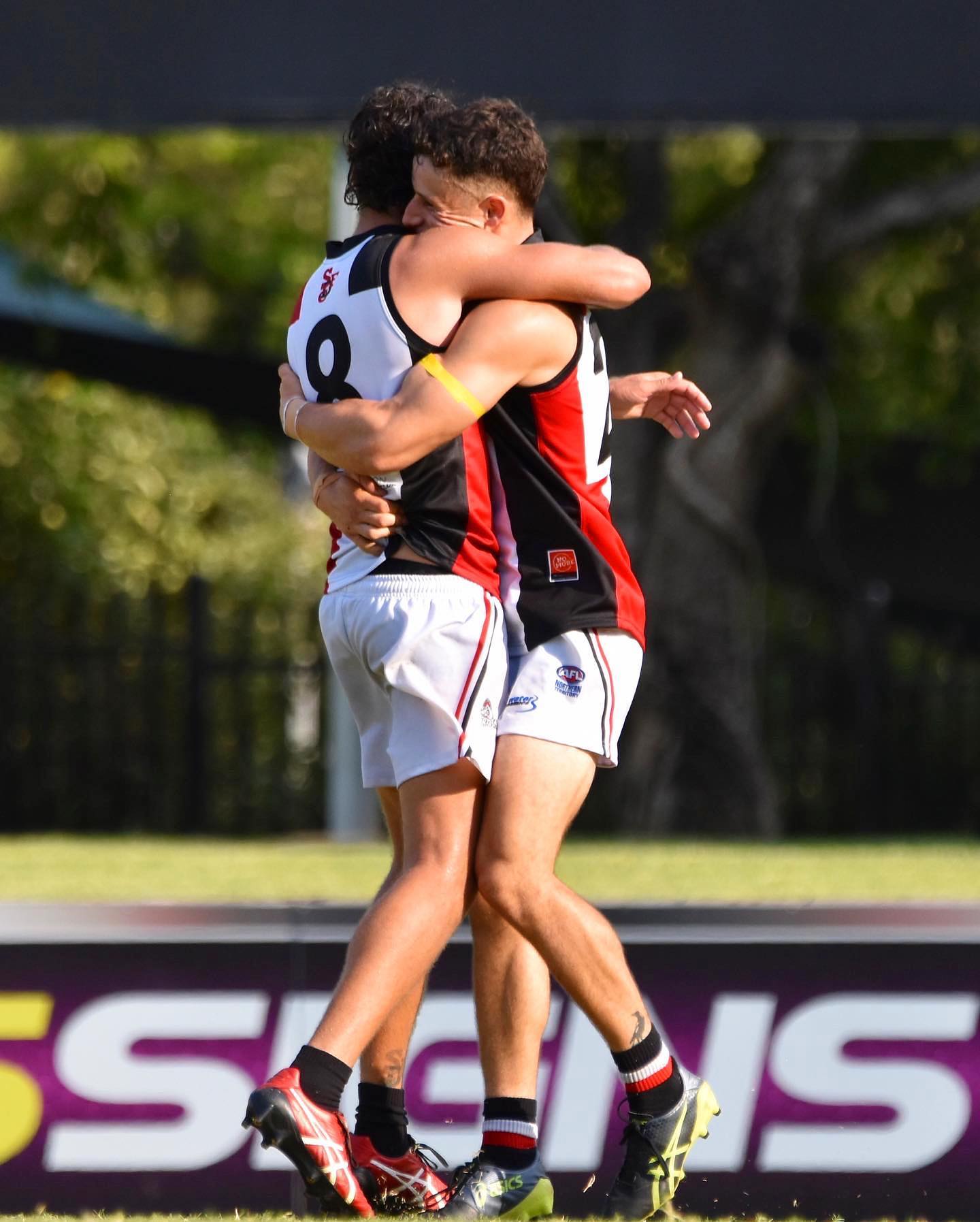 THE weekend’s Northern Territory Football League (NTFL) Men’s Premier League action saw consistently big scores across the board, with at least one team in every match reaching triple digits and sides flaunting their scoring ability with some impressive totals. The league’s top teams maintained their hot form with some big wins, as the league returned […] 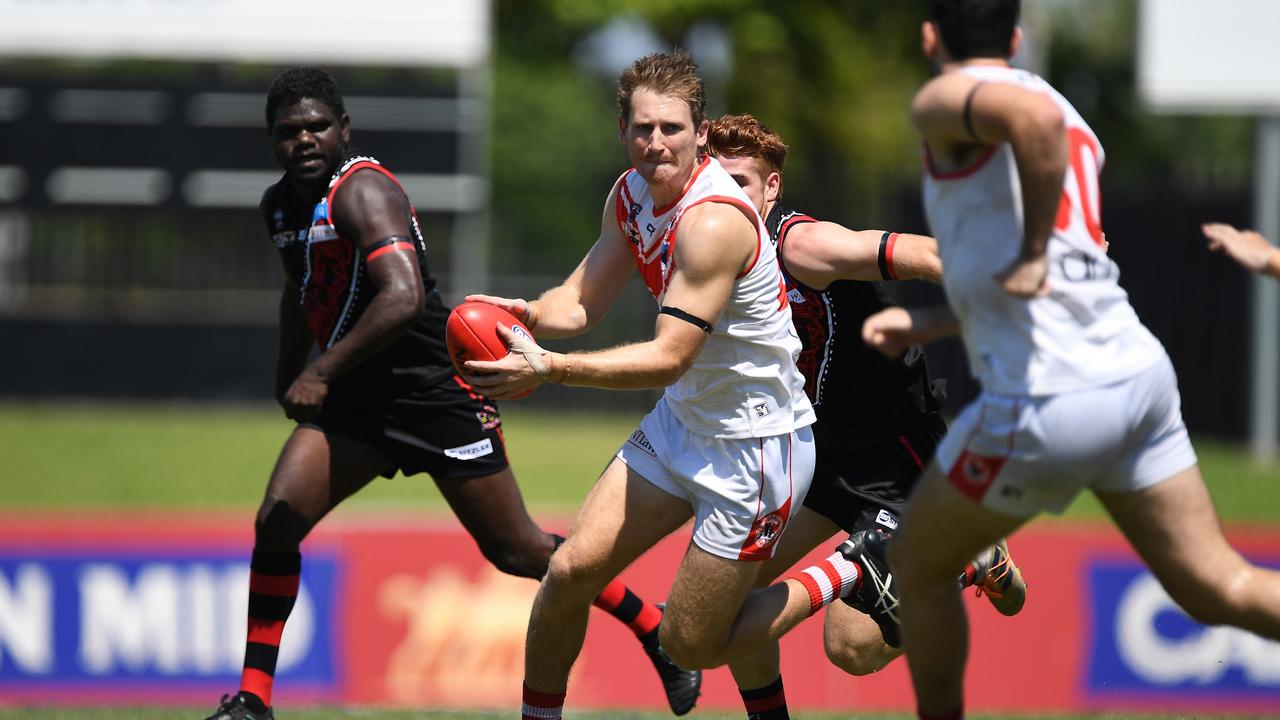 IN this week’s Northern Territory Football League (NTFL) Men’s Premier League, all four Round 8 matches take place at TIO Stadium. The NTFL Men’s Round 8 preview features a couple of teams who missed out the past two weeks and will be raring to go, whilst others look to assert themselves on the competition. TIWI […] 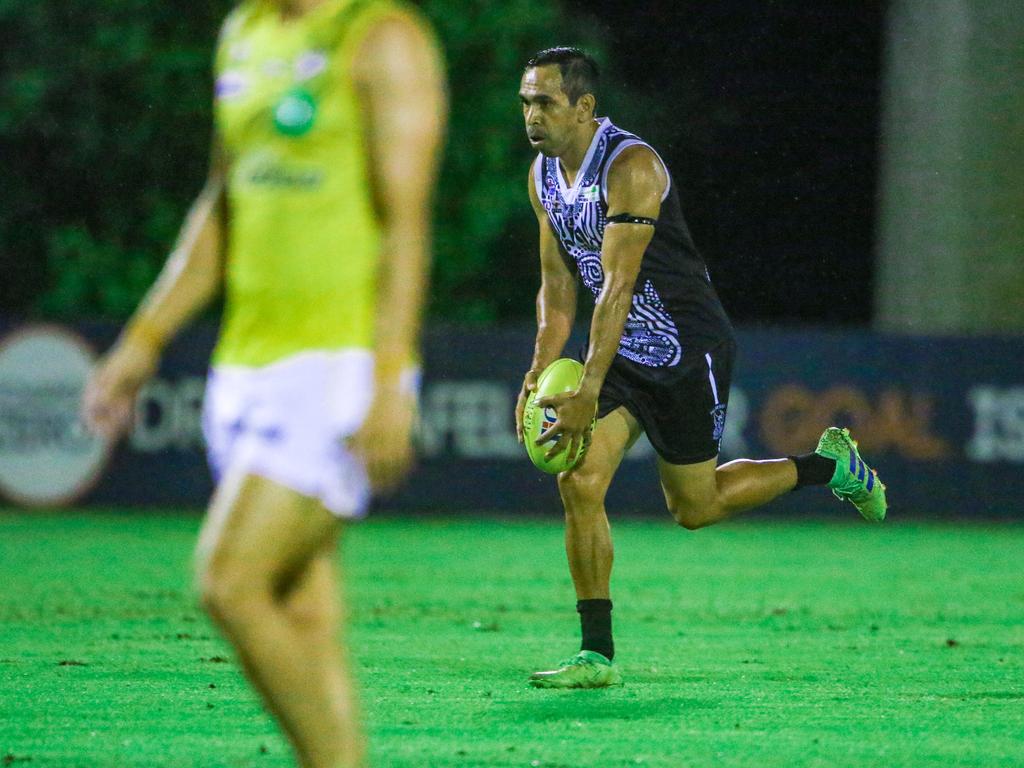 RAIN played havoc on the Northern Territory Football League (NTFL) Men’s Premier League Round 7 action, with a match between top three sides St Mary’s and Waratah washed out. The other three matches went ahead, which saw the other top four sides take full advantage of the wash-out, as an AFL legend made his debut […] 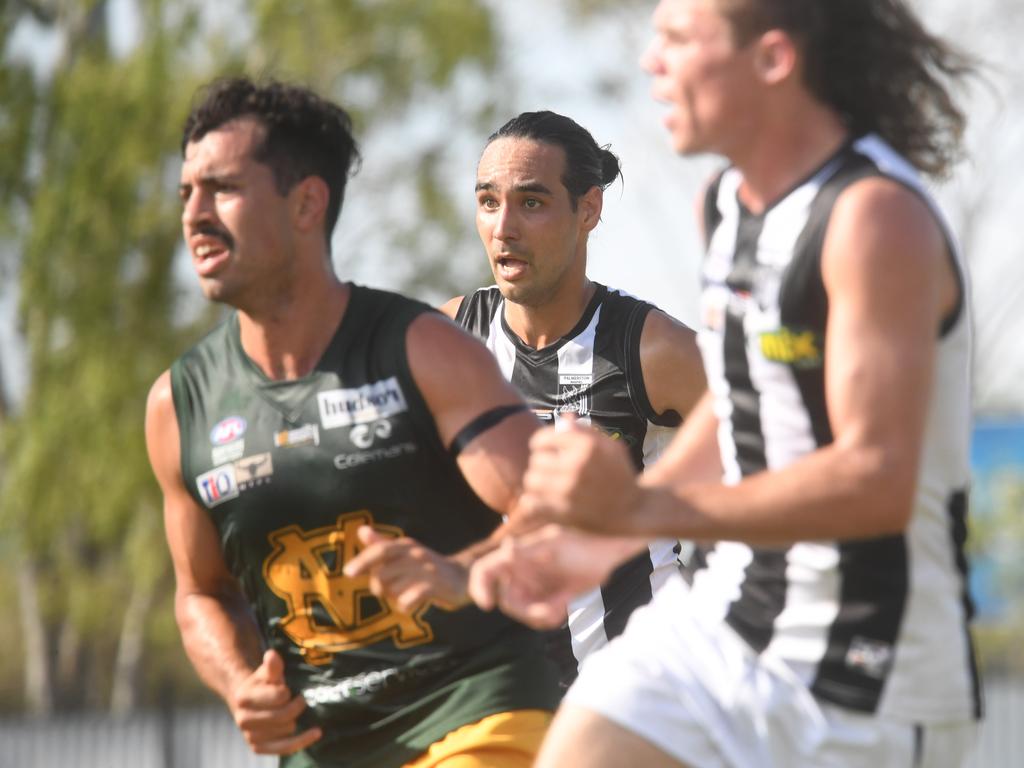 LAST week’s Northern Territory Football League (NTFL) Men’s Premier League competition was cancelled after government restrictions were enforced over the latest COVID-19 scare. It means all NTFL players had a week off to rest and relax ahead of a big Round 7 of action on a Super Saturday – a triple header at TIO Stadium, […] 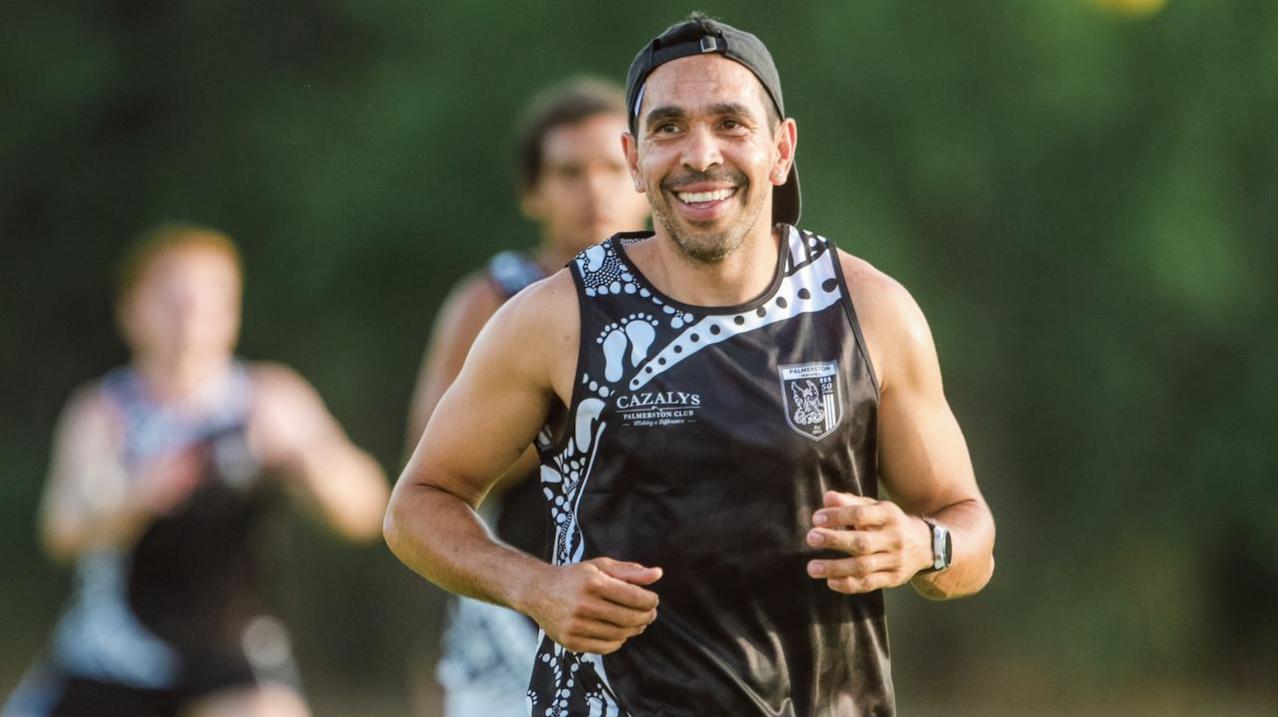 A TOP of the table clash between Waratah and Nightcliff highlights a huge round of action, as plenty of in-form players go head-to-head in Round 6 of the Northern Territory Football League (NTFL) Men’s Premier League action. Meanwhile an ex-AFL goalsneak and premiership Cat will face off in the final match of the round. TIWI […] 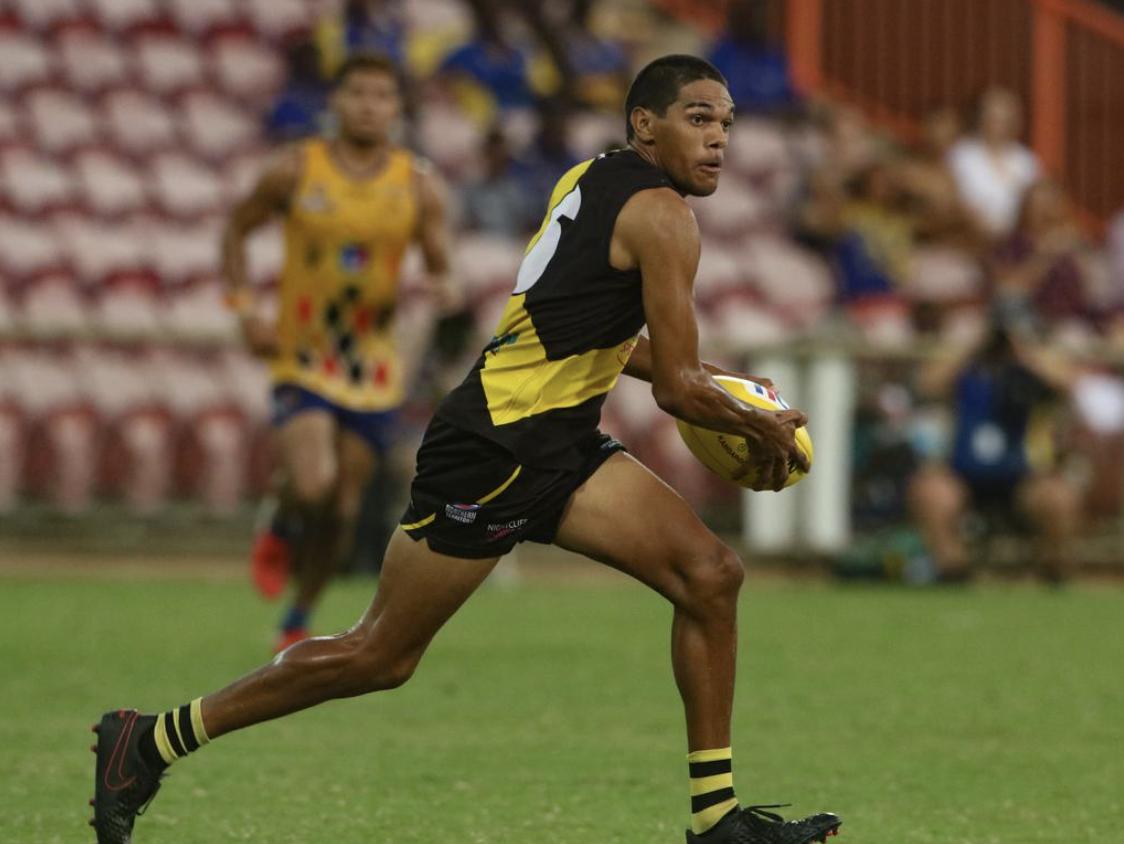 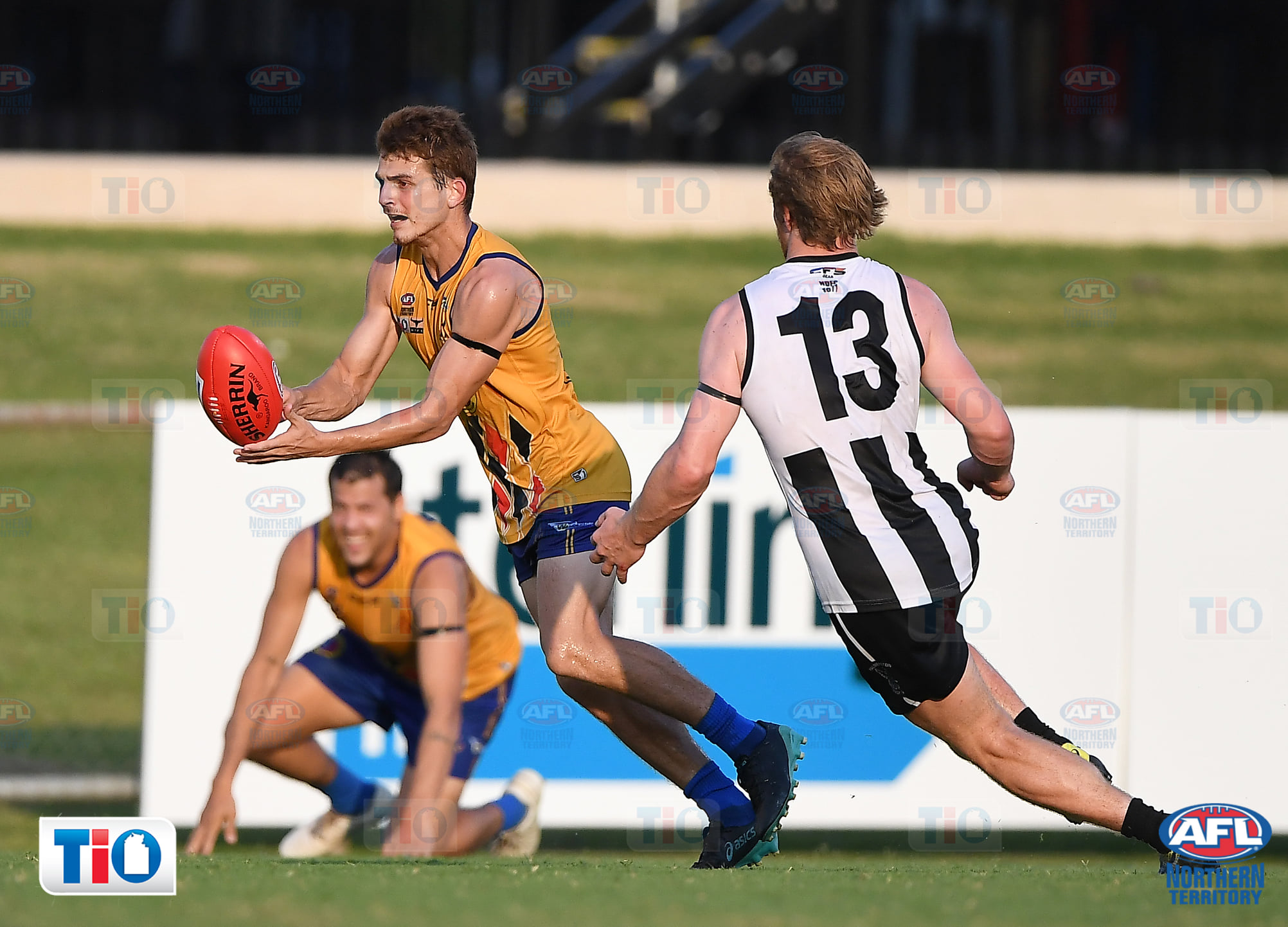 ROUND 5 is set to be another cracker with the Northern Territory Football League (NTFL) Men’s Premier League set to kick off this Saturday. The competition is sure to heat up as the eight teams remain hot behind the heels of the Nightcliff Tigers, who sit firmly at the top of the leaderboard. With an […] 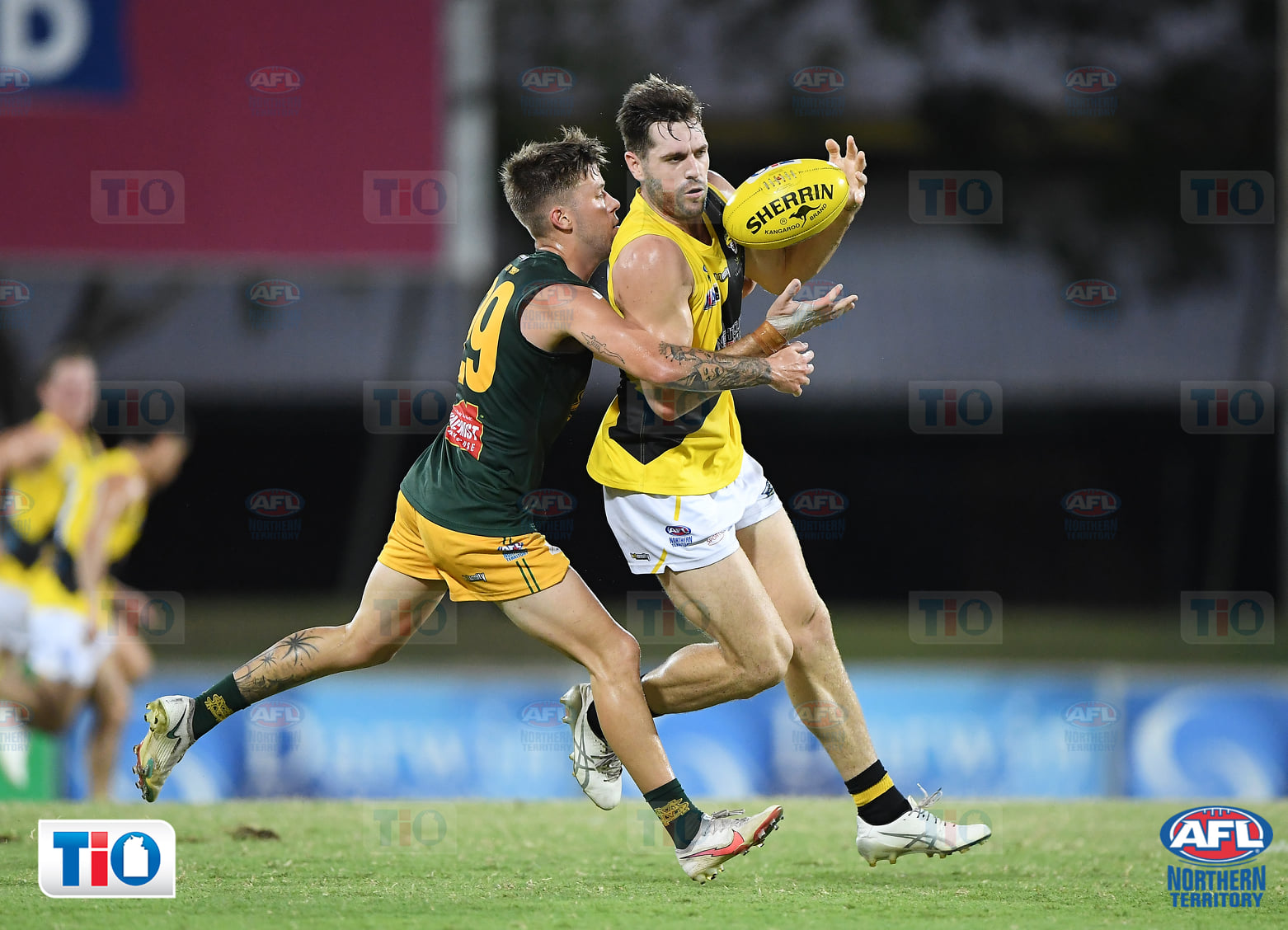 ROUND 4 of the Northern Territory Football League (NTFL) Men’s Premier League has concluded, with several players bursting onto the scene so far during the competition to help them make multiple appearances on the top stats list week in, week out. With the new season well underway, it is time to put the eight teams […]

IT’S almost the end of the week, which means players and staff of the Northern Territory Football League (NTFL) Men’s Premier League will be gearing up for what should be another exciting weekend of action. Round 3 saw some sides post massive scores, while others struggled to gather any offensive momentum. However, it is a […]