2021/22 NTFL Men’s Premier League Round 3 wrap: Massive wins across the board 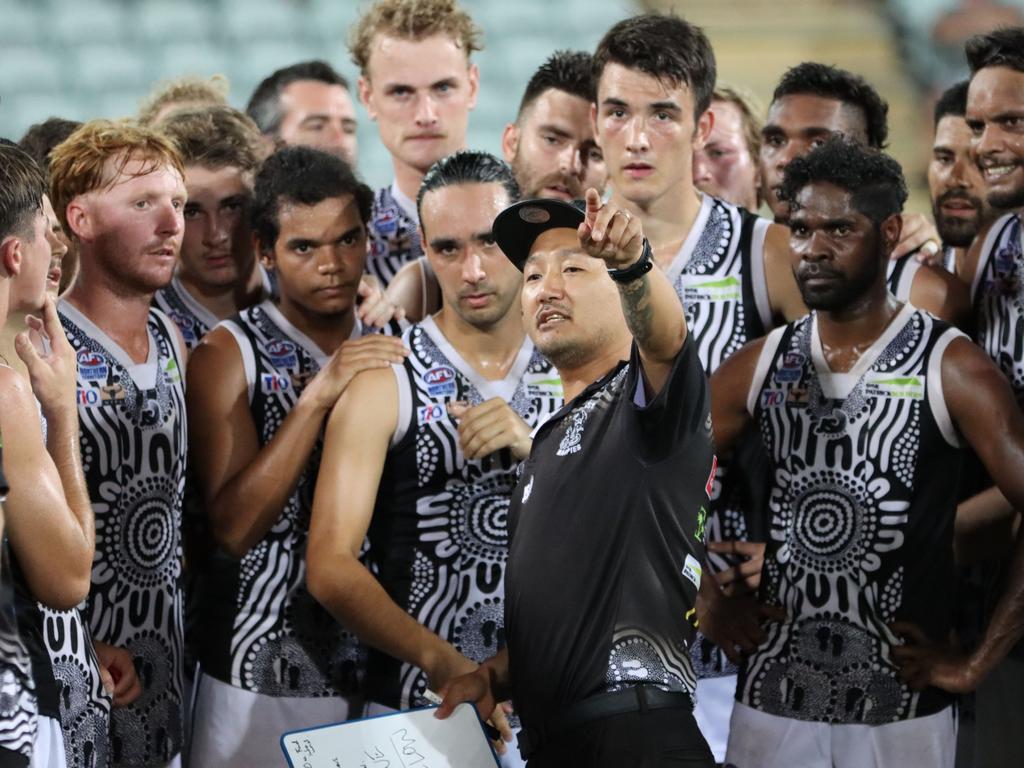 WITH plenty of exciting matchups across the board, the Northern Territory Football League (NTFL) Men’s Premier League held its third round of action over the weekend, and there were some big performances across the park. There were two wins over 70 points and one team was able to claim a winning margin that exceeded 140 points in an absolute blowout result. With three rounds down, some of the league’s contenders are beginning to announce themselves as the competition begins to heat up.

St Mary’s has delivered one of the most dominant performances the NTFL has seen this year, staking its claim as heavy competition favourites with a powerful 142-point drubbing of the Tiwi Bombers on the weekend. The Saints simply looked too strong for all four quarters as they cruised home to an extraordinary victory to keep themselves on top of the ladder after three rounds. The victors dominated every crucial statistical area, including disposals, marks, contested and uncontested possessions, and the game was essentially out of reach after the first term, with St Mary’s booting nine goals to one in the opening quarter, with the lead was only extended at each break from then on.

The victors were well-led by one of the best individual performances you will see in any Aussie rules match in any league across the country. St Mary’s’ Jackson Calder gathered 25 disposals (second-most in the match), pulled down a game-high 12 marks and booted a whopping 10 snags in an impressive effort. The Bombers had no match for the dominance of Calder, who was far and away the best performer on the day.

An impressive first quarter set up a tense victory by Waratah, as they held off a fast finishing Southern Districts side to claim their second win from three rounds this season. Despite a level of inaccuracy from both sides, it was the four goals to one opening term that allowed Waratah to claim some breathing room throughout the contest. When the Southern Districts pushed hard in the third term to try and steal the lead, Waratah found more of their first quarter form, to run away with a 15-point victory. The victors won the marking 80-52, with their control of the ball a key factor in the win.

Waratah’s Ryan Turnbull claimed best on ground honours for the second week in a row, with a telling performance where he racked up 26 disposals and five clearances through the middle, and willed his side to a much-needed victory following a Round 2 loss. Michael Bowden played a lone hand at times for the Southern Districts, gathering 26 disposals and booting a goal in a performance that nearly dragged his side over the line.

Nightcliff has continued its hot form with an eye-catching 76-point victory over the Wanderers to claim second spot on the ladder after the third round of action. The victors have looked strong all season and Saturday’s match looked no different, as they were able to assert their dominance against a struggling Wanderers side. The Wanderers were able to walk away with a draw in the clearances at 32-apiece, but the remainder of the leading stats belonged to the victors, who claimed the ascendancy in areas such as disposals, marks and disposal efficiency. Nightcliff will need to keep winning games to keep up with the ladder-leading St Mary’s side, and this win certainly helps them on their way to achieve that goal.

Daniel Bowles had a serious case of leather poisoning for the victors, racking up a match-high 34 disposals, 11 marks and 12 rebound-50s, in a clear best-on-ground performance. Teammate Cameron Ilett bested his three-goal performance last week with five majors this week, as he firms his claim as one of the league’s premier forwards.

The Palmerston Magpies have climbed the ladder thanks to their 41-point triumph over the Darwin Buffaloes, who were around the same mark in the standings heading into this match. The Magpies asserted their dominance on the game early, with six majors in the opening term. From there they never looked back, further extending their lead as the match wore on to claim their second win as they took fourth spot on the ladder. Despite the margin being fairly significant, the some of the statistics were reasonably close, with just 29 disposals separating the sides and showcasing the Magpies’ ability to wreak havoc with ball in hand.

Magpie Levi Grigg was able to do it all in his side’s win, racking up 21 disposals and booting two majors as he ended the match as one of his side’s strongest performers. Lennon Marlin (30 disposals) and Rudy Riddoch (26 disposals) found plenty of the footy in the win, constantly driving the ball forward for their team. Lachlan McKenzie was the strongest performer for Darwin in the loss, with 28 disposals in an admirable display.