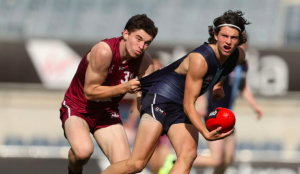 DRAFT ANALYSIS: “Perkins is an impactful midfielder/forward with explosive athletic traits across the board, the ability to kick goals, and enormous upside overall.” – Michael Alvaro

Upside is somewhat of a buzz word within the AFL Draft realm, and Archie Perkins is a prospect who has it in spades. The Sandringham Dragons product is a true modern day midfielder who boasts elite athleticism and measures up at a promising size, making him one of the more desirable prospective picks among this year’s first round. Having mostly rotated through the engine room from half-forward or the wing as a bottom-ager, Perkins was aiming to start at the centre bounces and rest forward as a top-ager. With the APS football and NAB League seasons cancelled, he did not get to truly show that kind of development, though his previous on-field feats and testing data make for an exciting combination. Perkins’ promise has seen him earn selection in the Vic Metro Under Under 17 side, as well as in the Futures All-Star showcase on AFL Grand Final day last year. He remains a top 15 chance, and one who could really lift off at the elite level.

Perkins’ ceiling is deemed to be so high on account of his diverse range of attributes. But not only does he do so many things well already, he also has the potential to develop into an even more damaging and well-rounded player. At the core of his brilliance is athleticism. Arguably his most notable trait is that classic, explosive burst of speed which is often used to bustle away from congestion with real power. Perkins runs 20 metres in under 2.95 seconds, highlighting that elite turn of speed necessary to pull off such highlight-reel plays.

Add agility to the mix, and Perkins is a very difficult player to catch and keep a hold of. He often shifts past would-be tacklers with ease to allow enough space to deliver on his favoured right side, a typical play which ties into his attacking instinct. An aggressive type with ball in hand, not only does Perkins look to immediately force space in front of him, but he also makes good decisions via foot. 65 per cent of his average 14.2 disposals come in the form of kicks, with Perkins adept at hitting targets and gaining good meterage when either option presents. His willingness to immediately move the ball on is made easier by his athletic acumen, and lends to a high amount of impact.

When not putting the ball into dangerous areas for his teammates, Perkins can also find avenues to goal himself. While his average of 1.7 goals per six NAB League games last year is indicative of a lot of time up forward, Perkins had little trouble hitting the scoreboard from midfield too. One of his best performances last year came in Round 10 against Geelong, where he registered five scoring shots (albeit all behinds) from midfield to help drag Sandringham to a win. He also booted three majors against Oakleigh in Round 17, playing up on a wing and at half-forward. That said, Perkins’ 0.5 effort against Geelong highlights his need to sure up his finishing consistency, as earning six points per shot will obviously only compound the damage he deals.

Another of his exciting tricks is a strong aerial presence, with contested marks hardly few and far between. Perkins’s sizeable vertical leap comes into play in these instances, especially when given a run at the ball, and many of his average 4.2 marks last year would have been clunked overhead. It is an area of his game which helps consolidate comparisons between he and some of the game’s prime midfielders; those like Nat Fyfe, Dustin Martin, and Patrick Dangerfield who are prolific at winning contested possessions, while also impacting up forward with high marks and multiple goals.

Before truly going with those comparisons though, it is important to remember that Perkins has been unable to show his worth as a primary midfielder throughout an entire season. His spurts through the centre have been promising, but a disposal average of 14.2, high of 20, and low of 10 suggest his accumulative factor could do with some improving. His endurance base is quite sound, so getting to repeat contests should not be too far a stretch for Perkins. The man himself said he was working on this area during preseason, and it would make him a much more complete ball winner. With a few preseasons at the elite level, he could well make the move and spend much more time through midfield.

As has already been outlined, Perkins would be somewhat of a pick based on upside within the top 15. His range of weapons, such as his ability to burst away from stoppages, kick long-range goals, and take strong overhead marks are not only desirable to recruiters, but also to fans. He is the type of player who could end up as one of the top five from his draft class by the end of his career, and that kind of potential is what clubs will likely take a chance on in the first round. Perkins can arguably be as damaging as any other player in his cohort, and looms as one who may impact massively as soon as he is given a berth at the elite level. He will have no trouble adjusting to the speed of the game, but can look to build some size and impact up forward in the early stages of his career. 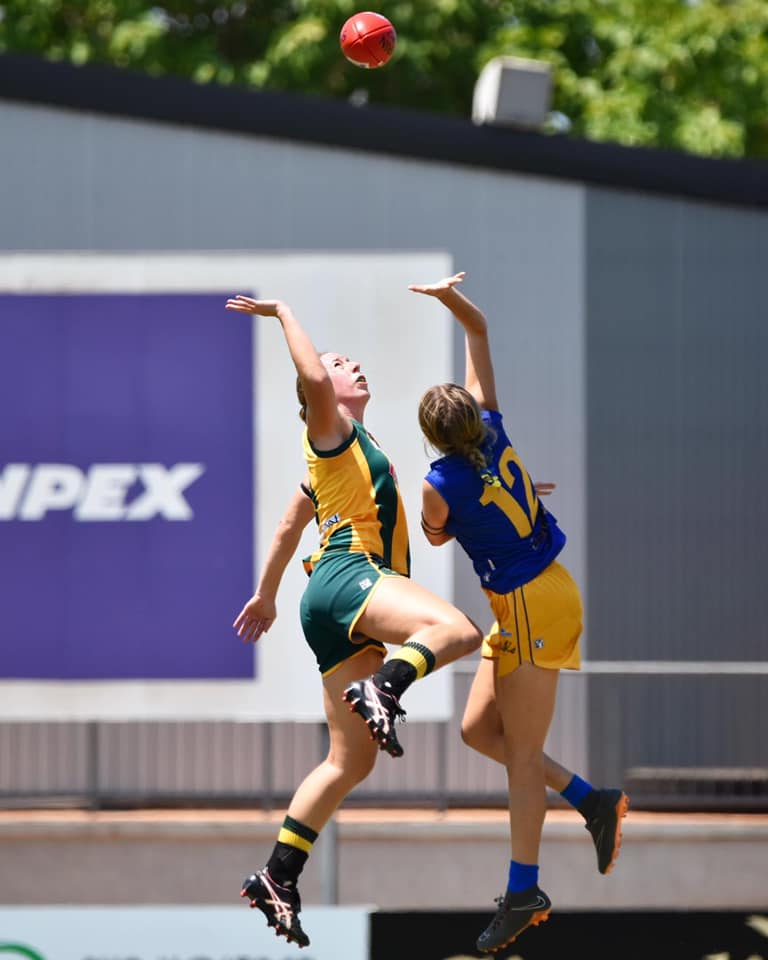 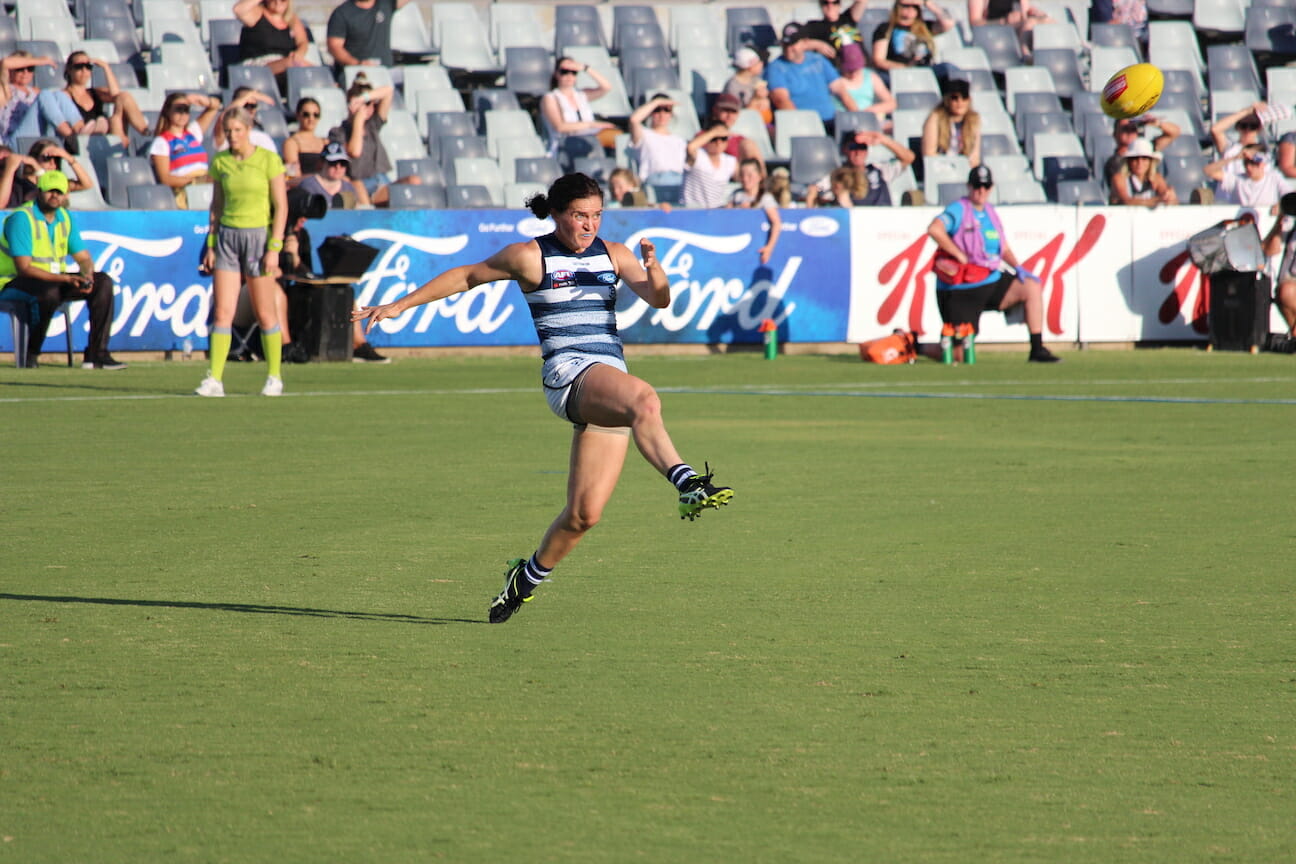