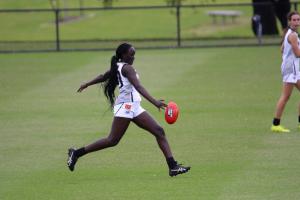 Nyakoat Dojiok is an eye-catching speedster who uses power and strength to burst off the line and take the game on for her side. Dojiok has really developed over the past few years, and whilst her execution by foot is still a work in progress, it has improved, and her work behind the ball is amongst the best going around. STRENGTHS: KEY IMPROVEMENT: When it comes to aerial intercepting defenders, very few could match Nyakoat Dojiok’s ability to get to the right spot, clunk grabs and then take off at the speed of light. As if having magnets for hands, Dojiok just finds the ball, always sitting in the hole or getting to the right spot. She is tall enough to beat most opponents one-on-one, and is a mark-first player rather than a spoil-first one. She reads the play so well and once she has pulled down the mark takes no time to burst away and bomb down the field. At times Dojiok can be let down by her kicking, but it is more fine tuning her execution rather than decision making, as she is able to kick to the zone of her teammates, it is about ironing it out to be more precise. When she started as a 15-year-old, Dojiok was very raw with her skills, and they have come a long way, with the AFLW Academy member now at a point where they can get more technical with the execution. By hand Dojiok uses it well, but her trademark run and carry means she will need to keep building that disposal by foot. Dojiok is an exciting talent who has plenty of upside and room for improvement. In terms of her ability to get into an intercepting position, pulling down important marks and driving the ball forward, the GWV Rebels teenager is hard to match, and once her finishing matches her off-the-ball work, she could be a real special prospect.

“The running defender has some seriously eye-catching traits with her combination of acceleration and power making her hard to slow down when she is up and about. A traditional half-back, Dojiok can read the ball in flight with ease and float across contests to intercept, or drop into the hole when a high ball comes into defence. She knows where to stand when the play is headed towards her and her metres gained are massive compared to a lot of her contemporaries. She is often a get-and-go player, always looking to move on the ball, and whilst her kicking at times needs sharpening up, her development over the past few years at the Rebels has certainly improved and makes her one of the better intercept defenders going around.” – Peter Williams via “2021 AFLW Draft Positional Analysis: Tall/Medium Defenders” “The AFLW Academy member is a prospect with enormous potential, credit to her steep rate of development and fantastic athletic attributes. Dojiok showed some promise as a bottom-ager and continued to come on strongly in 2021, showing marked improvement in her disposal and overall impact across half-back. She reads the play well to intercept, before getting on her bike and thrusting her side forward with a long kick. Adding polish to that disposal will be the next step, but Dojiok has plenty to like already.” – Michael Alvaro via “2021 NAB League Girls team review: GWV Rebels” “Starting the game in her usual backline role, Dojiok tried her best to intercept and impact the ball to different levels of success early on. She nabbed one particularly memorable intercept possession in the second quarter along the wing, where she went for a run and bombed it deep inside forward 50 to give GWV a chance to score. She moved into the midfield for a short period in the second half which worked wonders for her, and the Rebels, winning the contested ball with ease as a taller player through the engine room. She even got herself a goal for her troubles. That move looked to have given her confidence, as she returned the backline and looked far more assured and confident in her attack on the ball.” – Declan Reeve via “Top Performers: 2021 NAB League Girls – Preliminary Finals” 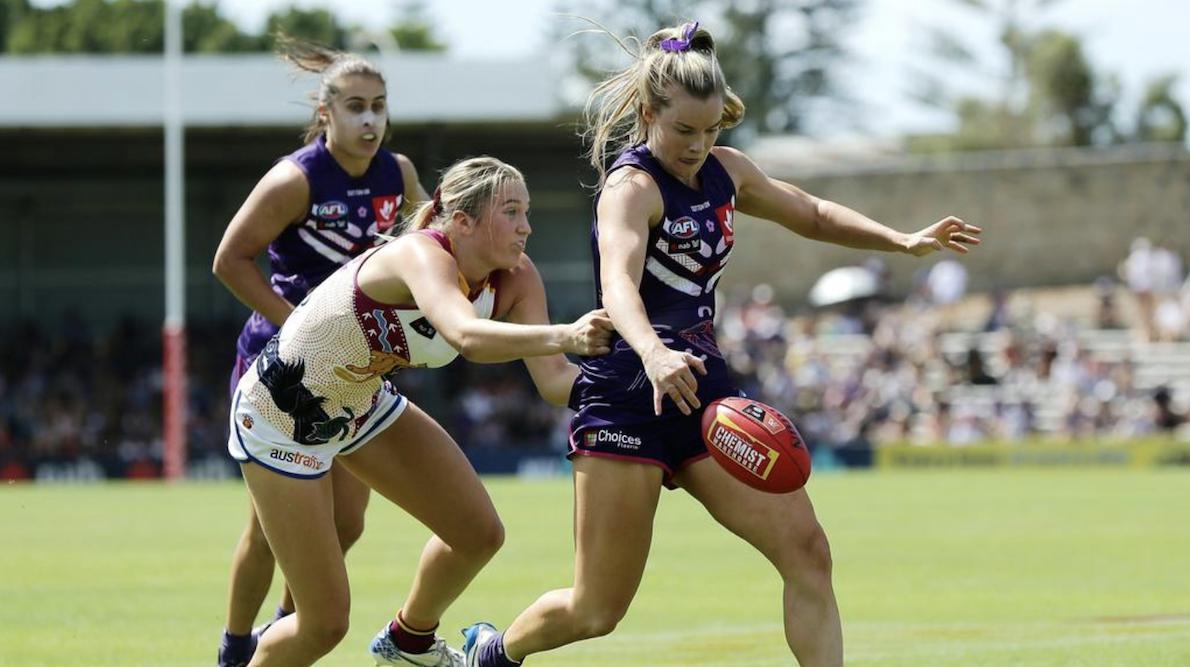 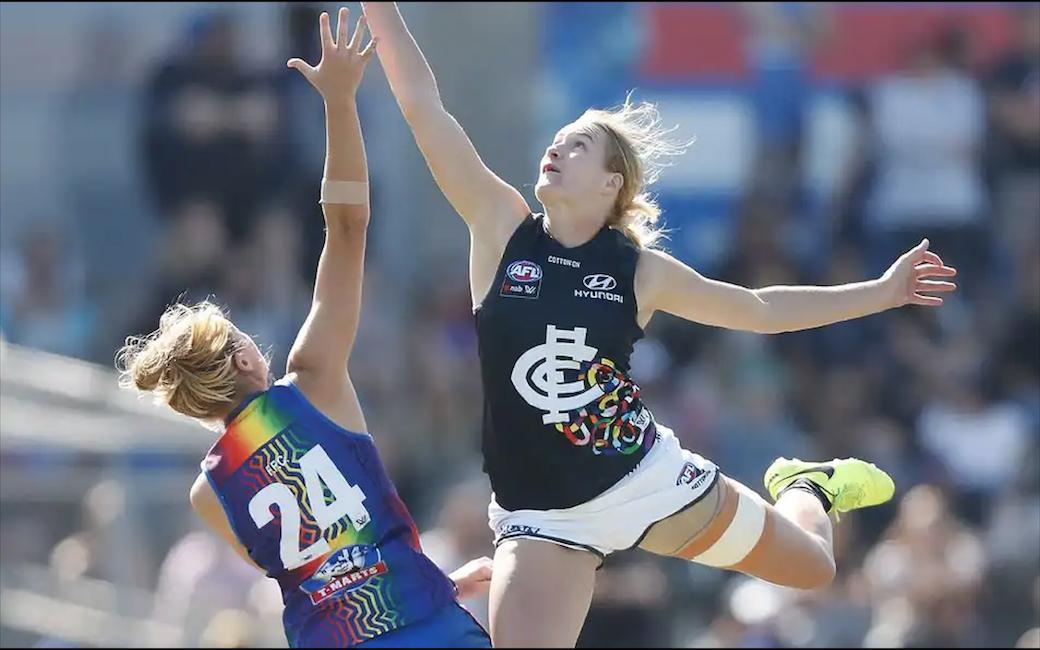