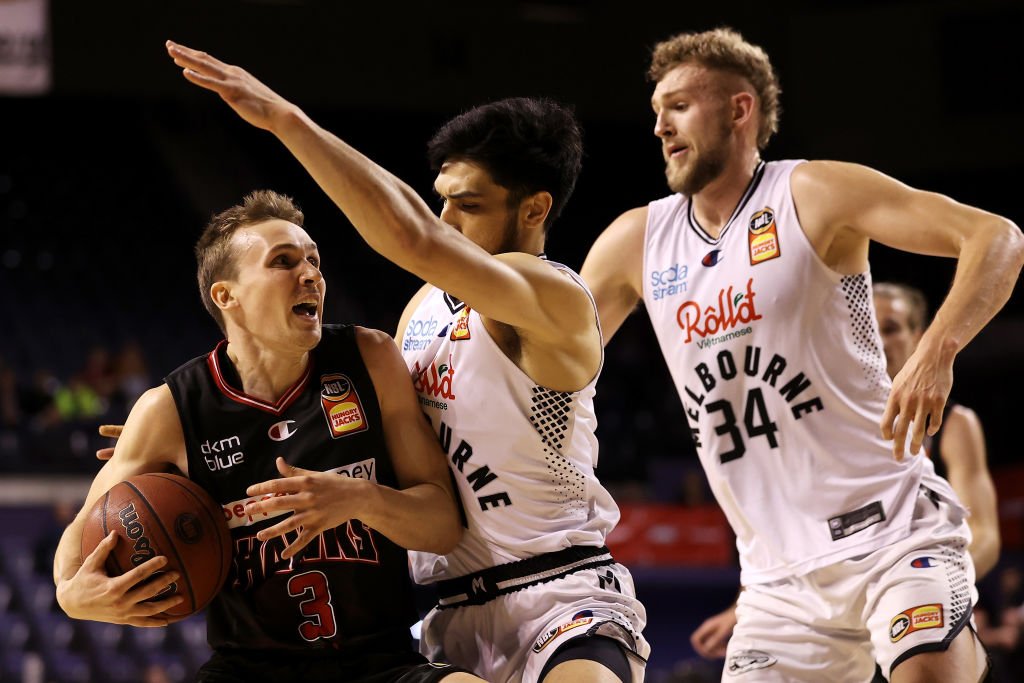 MELBOURNE United reigned supreme against the Illawarra Hawks walking away with a 15-point win against their fellow top four side (102-87). The win sees United further cement their spot atop of the ladder while the Hawks are left to lick their wounds and re-group for their next encounter on Friday night.

Justinian Jessup was feeling himself early  with the Hawks guard proving to be that livewire in attack. He managed to pour on the scoreboard pressure as he spurred the side to a 13 points to five lead with eight of those points his own. He received some much needed help from Justin Simon and Tyler Harvey, with the duo seeming to be in good touch and putting the home side in good stead to notch up a win. But the tables started to turn as United were determined to not suffer another loss after going down to the Phoenix in Round 18. Chris Goulding led this resurgence by United as the captain drained four triples while David Barlow also injected himself into the thick of things to not only get themselves back in the game but take the lead. The match was evenly poised to close out the quarter as the two sides traded blows as they endeavoured to find that balance between offence and defence.

It was a fast start in the second quarter from United that gifted them the upper hand as they kicked it up a gear mainly thanks to Goulding once again. He had his radar well and truly on and could not be denied from down town as he drained another three triples to take his tally to seven for the half. After a hot start to the game, Jessup could not find the basket or the rock as he failed to score again after his opening triple in the quarter. With Jessup off the boil and Harvey unable to find his rhythm, United capitalised going on a 13 point run spree. With Goulding flexing his muscle from down town, Scotty Hopson decided it was time to pull out his own party tricks as he drained one to add further pressure to the Hawks. Despite Illawarra finishing the quarter with a flurry of points they were unable to really eat into the deficit going into the main change down by 11 points.

The third quarter also favoured Melbourne United as the top of the table side connected well across the court and backed themselves in at each and every contest. With Goulding receiving all the attention and accolades, teammate Jock Landale stepped up to the plate in the first five minutes as he went on a tear scoring 10 points. Landale was not alone as both Hopson and Shea Ili nailed triples of their own with their influence ultimately helping to propel United to a 22-point lead. With everything going to plan for United, the Hawks were left wondering where to go to next as they struggled to combat United who proved they could rotate the strike.

The break could not come quick enough for Illawarra who were out on their feet in front of a home crowd as United continued to attack the rim. But the fourth quarter did not bring much reprieve as United extended the lead to 28 points early on in the piece. however they did take the foot off the pedal as the Hawks wrestled back some much needed control. They managed to stem the bleeding and nullify the impact of both Goulding and Landale with Tim Coenraad hitting a handy three and Emmett Naar plying his trade on the scoreboard.

Deng Deng led all-comers on the Hawks front with 15 points albeit at a lowly 36 per cent while also managing seven rebounds. Jessup offered a helping hand chiming in with 11 points while both Sam Froling and Harvey recorded 10 points apiece in the loss. Naar worked tirelessly for his nine points, three rebounds and four assists as Simon showed his class to pick-up two steals. Goulding had a day out with his 25 points and while he did not feature too heavily on the scoresheet after half time the damage was all but done. Goulding also amassed three rebounds as partner in crime, Landale secured a double-double thanks to his 21 points and 11 rebounds, 10 of which were defensive. Hopson produced 13 points from his 22 minutes on court as both Jo Lual-Acuil and Mason Peatling kept the scoreboard ticking over with 10 points each. 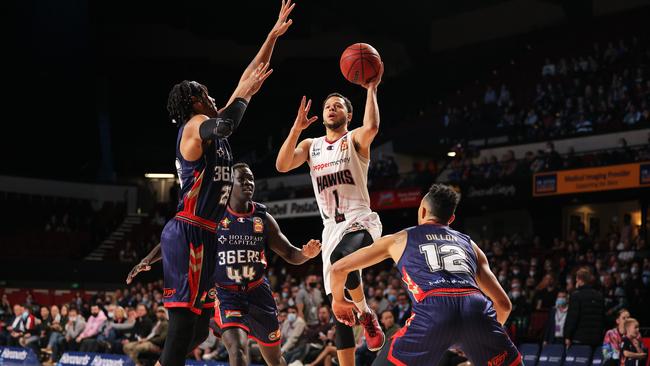 WITH the National Basketball League (NBL) season edging closer by the day, we take a look at each team’s prospects heading into their upcoming NBL21 campaign. With an offseason full of eye-catching signings and roster improvements, teams will be looking for strong signs as the season approaches. Next up is the Illawarra Hawks. The Hawks […] 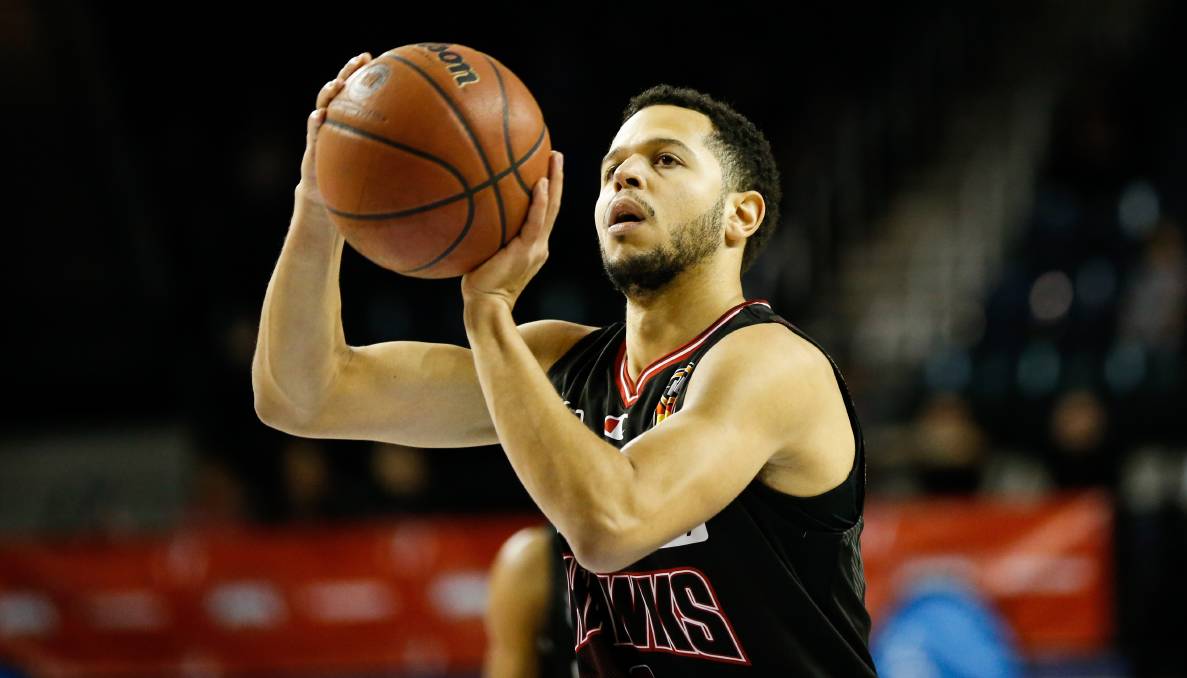 WITH the National Basketball League (NBL) season done and dusted we take a look at the performance of each team and how they fared in season 2021. The next team under the microscope is Illawarra Hawks who had a season to remember. Season Summary: After a disappointing 2020 campaign the Hawks came out with a […] 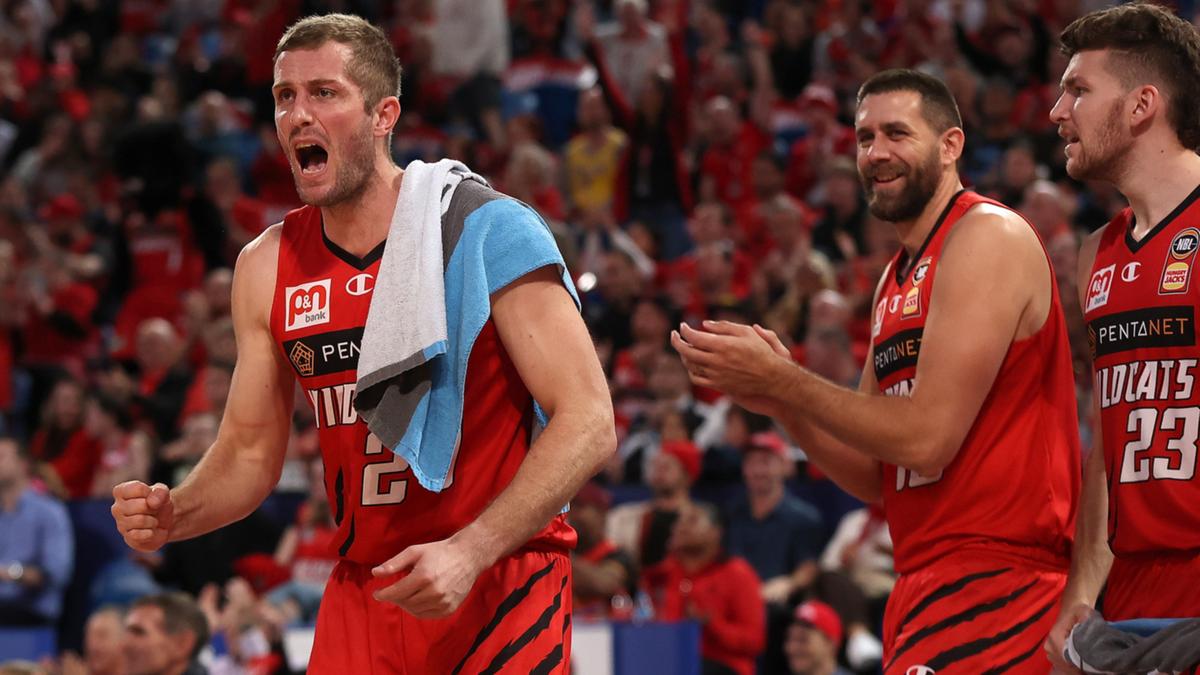 First half blitz sees order restored, Wildcats back in the Grand Final

IT was a feat that no matter how much you took away from Perth Wildcats – a star player down and out, a one-game deficit – the reigning back-to-back champions were always going to find a away. Trevor Gleeson‘s team just refused to give in, and it showed during the Wildcats’ defining third game to […] 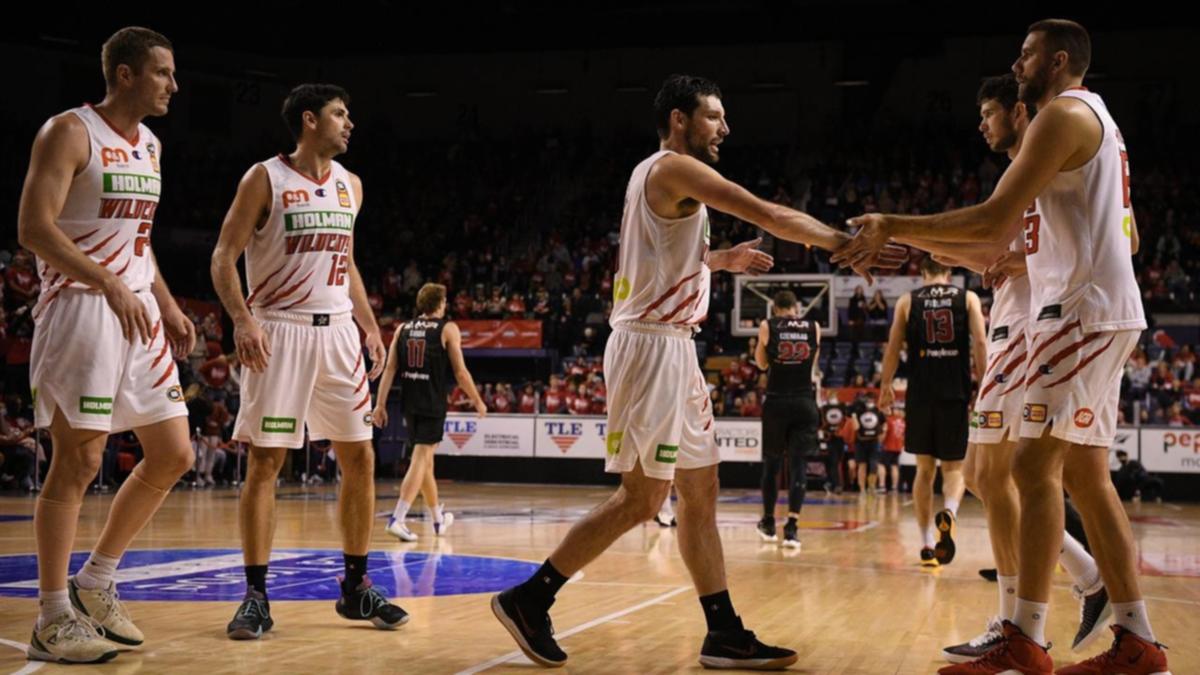 JUST when it looks like Perth Wildcats are down for the count, one can never discount them as a title threat. The two-time reigning champion and greatest team of the modern era, missing their best player and star Most Valuable Player Bryce Cotton, went a game down against the Hawks at their fortress of RAC […] 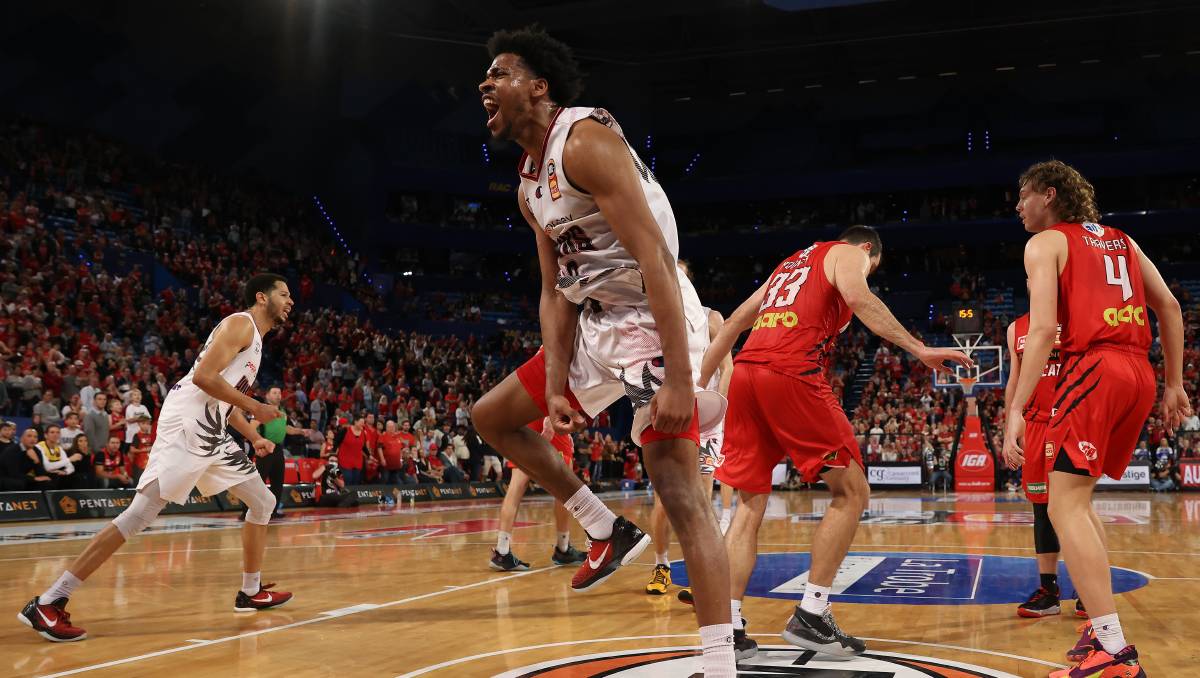 ILLAWARRA Hawks are just one win away from reaching the 2021 National Basketball League (NBL) Grand Final series after last year’s wooden spooners toppled the reigning premiers Perth Wildcats by two points (74-72) at RAC Arena last night. In front of 7662 fans, the Hawks had to fight back from a six-point quarter time deficit […] 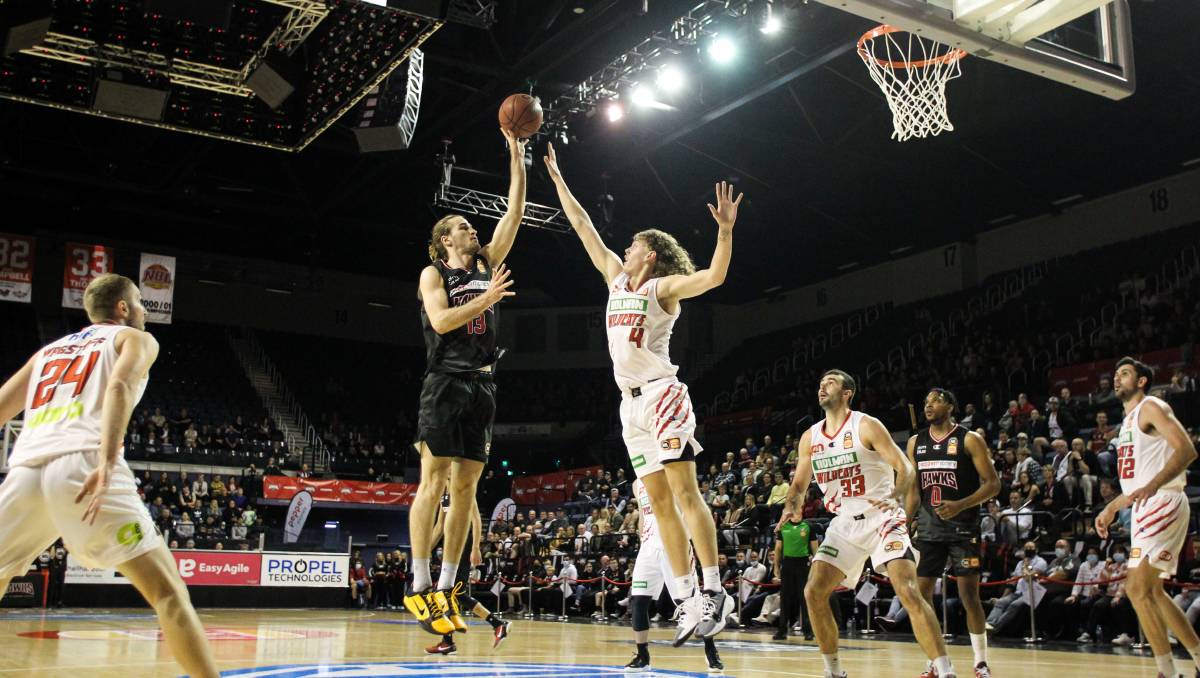 THE first game of the National Basketball League (NBL) semi-finals is set to kick off on Thursday night when Perth Wildcats take on Illawarra Hawks. It has been a rapid rise for Illawarra Hawks in season 2021 with the side rocketing from last place to third while the reigning premiers in Perth Wildcats will be […] 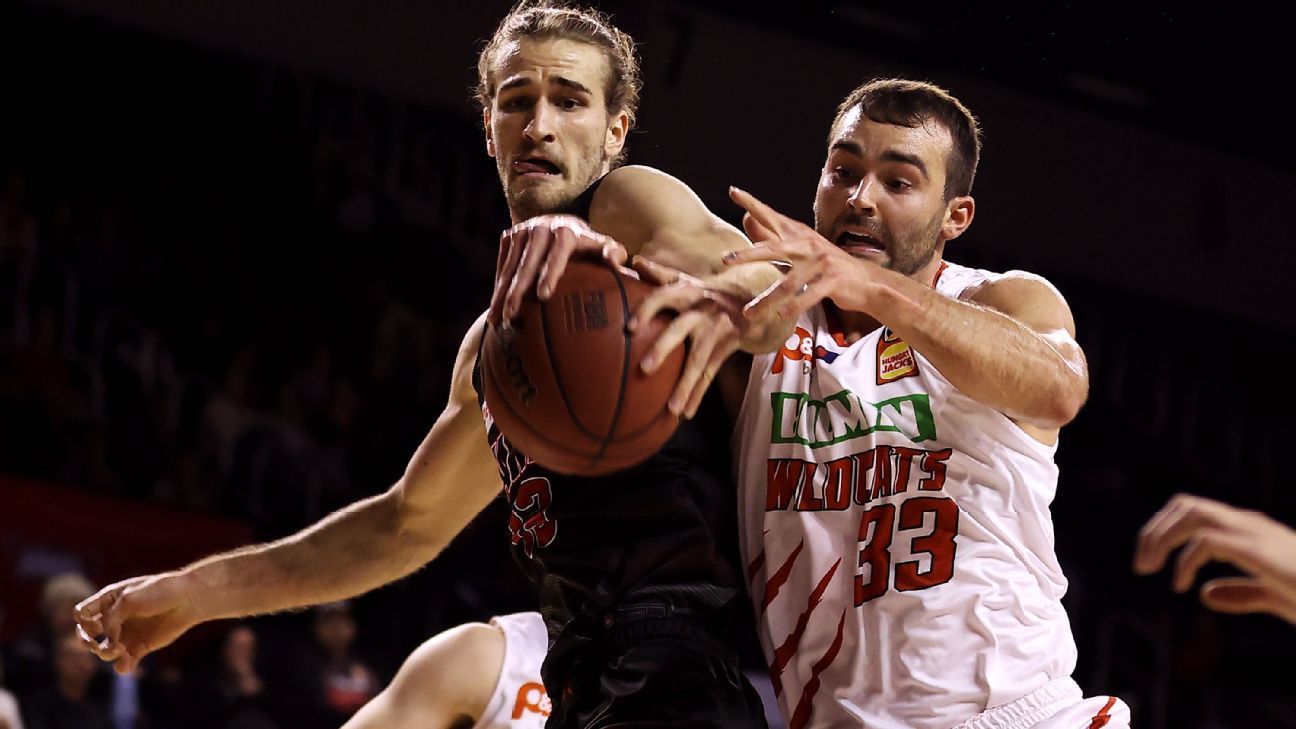 PLAYING back in front of their home crowd, the Illawarra Hawks produced a miracle win to topple the Perth Wildcats and secure a finals berth. After being bottom of the table last year the Hawks reversed their fortunes this season and this game was no different taking on the juggernaut that is Perth and coming […]