MUVJBL U16 Boys VC preview: Round 3 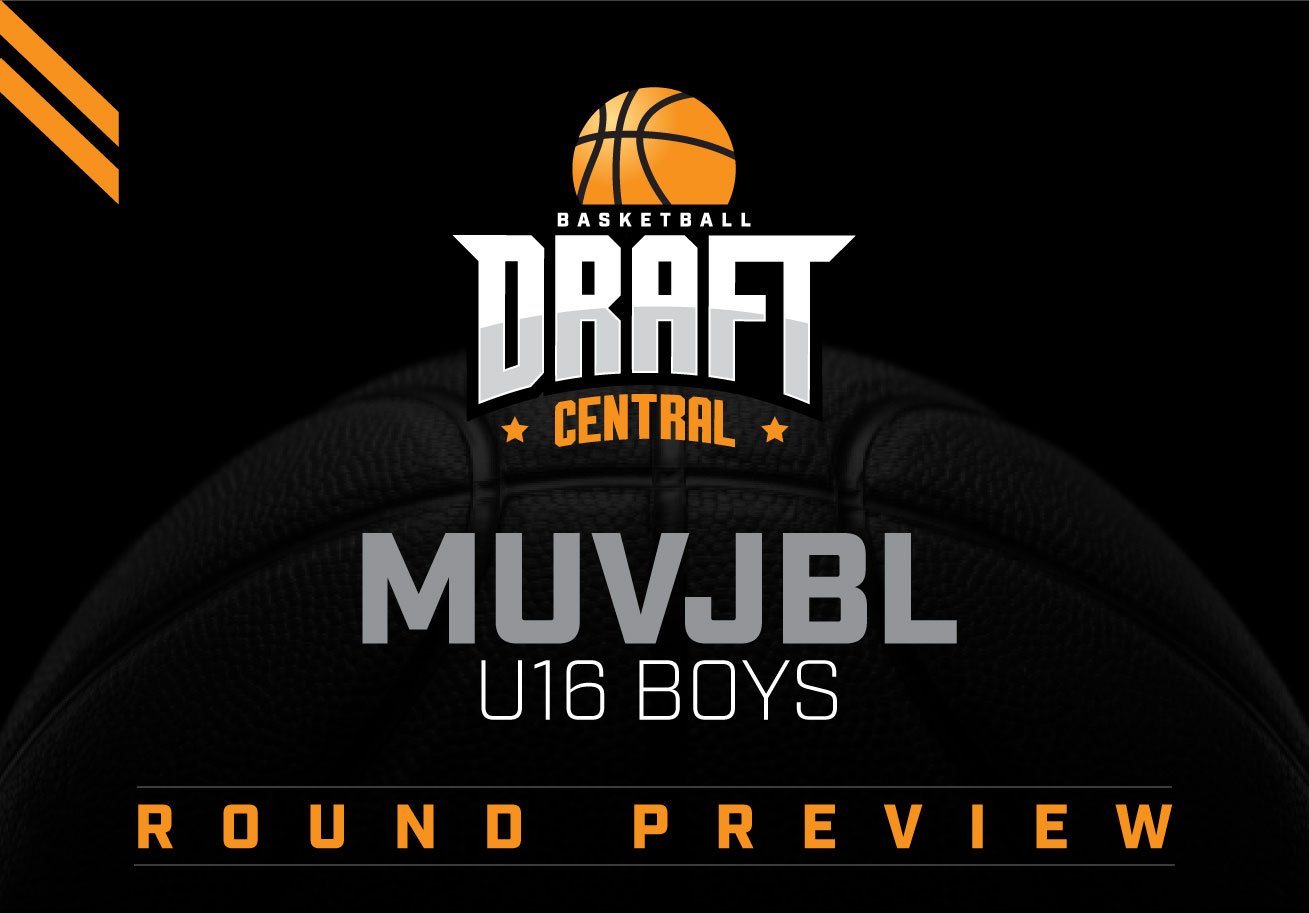 WITH just a win separating a lot of Melbourne United Victorian Junior Basketball League (MUVJBL) Under-16 Boys teams, it is hard to pick winners for Round 3. In the biggest game of the round, the Bulleen Boomers face the Keilor Thunder in a contest for dominance in the top-four. Similarly, the Eltham Wildcats and Waverly Falcons game also has the potential to be a great contest with top-four spots up for grabs.

On Friday night, a streak will end for either the Eltham Wildcats or Waverley Falcons. The Falcons have won their last three games, opening the VC as serious contenders, while the Wildcats are looking to take a six-game win streak into Round 4. The problem Eltham face is that Waverley are yet to be beaten on the road. They boast a 6-0-0 away record, while somehow struggling at home on 1-4-0. This will be the Wildcats first home game since joining the VC, having knocked off both the Pakenham Warriors and Bendigo Braves on the road. However, they face a serious threat in Waverley this Friday with David Amum (15.5 PPG), Matt Jefferson (13) and Nemuel Soliven (12.5) combining well on the scoreboard. Anton Stratov (16) has been in good form for Eltham but lacks scoring support. A win for Eltham could jump them to second, or Waverley may be able to put an in-form Keilor Thunder (4th) behind them

The Rangers have a big task ahead of them when they face the Knox Raiders this week. The Raiders are placed second on the table and are yet to lose a game on the road (4-0-0). Though they lost at home to the Waverly Falcons, the Raiders impressed in the opener, breaking Bulleen’s nine-win streak at Knox Basketball Stadium. In 10th, the Dandenong Rangers are facing three consecutive losses on Friday night. They boast one of the better home records (4-1-0) and sit only one win away from fifth place but face a big chance of slipping with one of the harder fixtures this round. The Rangers still lack a genuine scorer with Dennis Ameti leading with 7.5 PPG. Comparatively, the Raiders’, Jordan Anderson, leads the league in scoring with 20.5 PPG, alongside teammate, Zachary Greeves, who is close behind on 16.5. Without many genuine threats on the board, the Rangers are unlikely to end the Raiders’ away streak.

With only one spot separating these two teams, this match has the potential to shake the table up. Both sides are coming off losses – the Latrobe Energy going down to the Bulleen Boomers (65-77), while Bendigo suffered losses from the Eltham Wildcats (37-51) and Keilor Thunder (47-61). Currently, Latrobe seem more likely, boasting second and third best league-scorers in Jack Hrehoresen (20 PPG) and Coby Burgiel (19). Compared to Latrobe, Bendigo’s numbers since entering the VC have been underwhelming. They are yet to crack over 50-points in a single game and boast one of the worst records at home (3-3-0). They managed to snag a talent in Macey Eaton, who sits fifth in league-scoring on 16.5 PPG. While Bendigo seem unlikely, Latrobe’s average away record (2-2-0) and recent loss, may tip the result either way.

This Friday, the Bulleen Boomers host the Keilor Thunder in what shapes as the game of the round. With five consecutive wins on the line, the Thunder will have to bring everything to beat Bulleen’s perfect home record. Keilor have so far impressed in the VC, knocking off Bendigo in the opener and Pakenham the round after – both by considerable margins. Surprisingly, the Boomers opened the competition, losing to Knox in Round 1. They bounced back against Latrobe, winning 77-65 with Daniel Poelsma (20 points) and Marcel Haj (18) impressing the win, but face fiercer competition against one of three remaining undefeated VC teams. Though shockingly, Keilor lack a big scorer. Cooper Colson leads the Thunder with 9.5 PPG and Jackson Djatschenko follows on 5.5. A win for the Boomers will help them regain dominance with opposition knocking in the top four, but Keilor’s history says they have a good chance to jump a spot.

Despite having five positions between them, the Geelong Supercats sit just one win above the Pakenham Warriors. A win for Pakenham could shake up the ladder, while a win for Geelong makes them a serious threat for a top-four position. Geelong lost their first outing in the VC against the Latrobe Energy (67-63) but followed it with an impressive 22-point victory at home against Dandenong. Olivier Northam impressed in the win, leading his side with 18-points alongside teammate, Jet Kneebone, who finished with 15. Their numbers do not bode well for Pakenham, whose highest scorer, Drue Maher, averages five points a game. A win would be outstanding for Pakenham, but without a genuine scorer, they are likely to fall.

ROUND 1 of the Victorian Junior Basketball League (VJBL) got underway on Friday night with the Under 16s action front and centre. With 20 teams competing in each age range there was no shortage of close encounters and impressive performances as teams looked to kick their season off in style with a big win. Ashe […]

THE second round of Victorian Junior Basketball League (VJBL) presented plenty of close shaves and a couple of blowouts in both the men’s and women’s divisions. Sandringham and Dandenong enjoyed a percentage boosting wins against Altona and Craigieburn respectively in the Under 16 Boys while Hawthorn and Keilor impressed in the Girls. U16 BOYS:  POOL […]

IT was a big opening round of action for the Victorian Junior Basketball League as both the boys and girls kicked off their respective seasons in style. There were some big wins that headlined the round along with a number of close calls showcasing just how tight this season of basketball is going to be […]

AFTER a postponed then cancelled 2020 season, the Victorian Junior Basketball League (VJBL) will tip-off on Friday night with the first phase of the 2021 grading. In this article we explain how the grading works, with the teams sorted into pools and over the next couple of months will earn places in either the Championship […]

ROUND 2 of the Melbourne United Victorian Junior Basketball League (MUVJBL) Under-16 Boys and Girls Championship Division is set to tip-off tonight with each team looking to claim the early upper hand on the competition and really prove their case as top dog. MUVJBL U16 Championship Boys The game of the round could quite possibly […]

MUVJBL Under 16 Boys Round 1 review: Geelong united in win over Whittlesea

A DOMINANT second term from Geelong United’s Under 16 Boys Championship Division side has helped the visiting team get up over Whittlesea Pacers in the opening round of the Melbourne United Victorian Junior Basketball League (MUVJBL) competition. Trailing by four points at quarter time, Geelong piled on 21 points to six to take an 11-point […]

2020 MUVJBL U16 Boys/Girls Round 1 preview: Cavaliers and Magic to face off in opening round

A NEAR-finals appearance at the Eltham Dandenong Junior Basketball Tournament for Casey Cavaliers will hold them in good stead for the opening round of the Melbourne United Junior Basketball League (MUVJBL) Under-16 Boys Championship Division clash with Hawthorn Magic. The Magic themselves went quite well in the tournament, with both sides finishing second in their […]