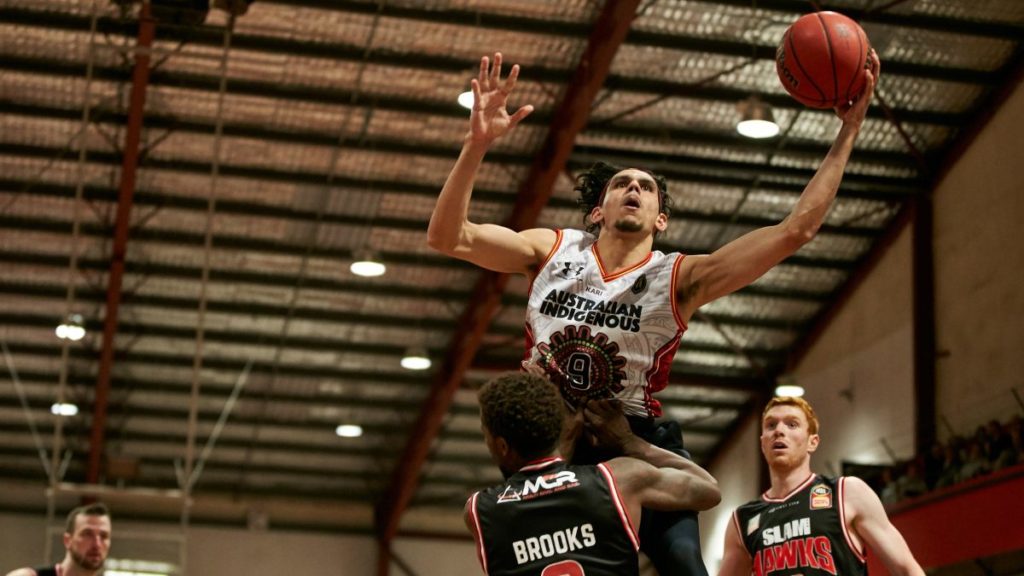 THE Melbourne United have added another impressive offseason addition, signing National Basketball League (NBL)1 guard William ‘Davo’ Hickey to a two-year Development player contract, with the second year containing a potential elevation. Hickey joins the NBL as a development player for the second time, having already been a part of cross-town rival South-East Melbourne Phoenix as a development prospect, but will hope to take the next step in his basketball journey, joining the defending NBL champions.

The athletic shooting guard stands at 194cm (6ft 4in) and has shown his strong ability to score in explosive fashion in the past. Hickey most recently played at the Ballarat Miners in the NBL1’s South Men’s division, where he averaged 18.2 points and 8.35 rebounds per game while shooting quite efficiently too at over 42% from the field. His numbers at the Phoenix were hard to judge, given he only played three minutes for the entire 2019-20 season.

A proud Wiradjuri and Gamilaroi/Gomeroi man, Hickey joins the club consistent with the NBL Reconciliation Action Plan to Strengthen Pathways for Indigenous Players program, and looks to be an impressive young talent, with plenty of potential moving forward. He will join the team in the coming days to prepare for the 2021-22 NBL season, where United will look to defend their recent title.

Melbourne United coach Dean Vickerman said Hickey has been on the side’s watch list for quite some time, and also spoke of his talent on the court.

“I’ve enjoyed watching Davo’s growth during his time in NBL1. From his time at the Melbourne Tigers through to his recent season at Ballarat, we’ve had our eyes on him.” Vickerman said.

“We see Davo as an athletic guard who excels in transition but can also attack the paint and play above the rim. Combined with his length, intensity and activity, he can really step up on the defensive end as well. He’s also a great rebounder for his size, too, which is always helpful.”

Hickey completes Melbourne United’s roster ahead of the NBL22 season, with the side settled on its roster changes so far. With plenty of talent on the roster, Hickey will be looking to make his mark on this stacked United squad.

Bayne Plane lands down under as Brisbane make huge signing

ONE of Australia’s most famous Basketball sons is set to return home in the coming months, with the Brisbane Bullets securing the services of NBA Champion Aron Baynes ahead of the 2022/23 National Basketball League (NBL) season. Baynes has been one of the biggest successes to come out of the country, forging a terrific career […]

THE Sydney Kings have bolstered their chances of going back-to-back in the National Basketball League (NBL) with the signing of talented guard Derrick Walton Jr. earlier today. With the futures of star guards Jaylen Adams and Ian Clark still up in the air as the duo remain unsigned, the addition of Walton Jr. may prove […]

THE National Basketball League (NBL)’s Next Stars Program just received a massive boost, with another member being selected in the lottery of the NBA Draft. Former New Zealand Breakers young gun Ousmane Dieng was selected with the New York Knicks at pick 11, before being traded to the Oklahoma City Thunder, where he will join […]

36ers go all in with impressive signings

THE National Basketball League (NBL) is in the midst of the most exciting part of the offseason, with a number of players changing jerseys and signing fresh contracts with new teams. After an extremely entertaining NBL22, there is a lot of anticipation ahead of the upcoming season, and the player movements have only added to […]

LATE last week, Basketball Australia announced the squad for the upcoming FIBA Basketball World Cup Qualifiers, which are set to take place later this month. The Australian Boomers will play in front of their fans in Melbourne, as the team looks to progress to the FIBA World cup in 2023. The team will be made […]

THE Sydney Kings are the 2021/22 National Basketball League (NBL) champions. On Wednesday night, the Kings played host to the Tasmania JackJumpers at Qudos Bank Arena in game two of the NBL grand final series. The home side held a 2-0 lead after a terrific comeback win in game two, and were looking to close […]

Kings put one hand on the throne with game two triumph

THE Sydney Kings have moved one step closer to the 2021/22 National Basketball League (NBL) championship, after downing the Tasmania JackJumpers in game two of the grand final series on Sunday afternoon. A sold-out MyState Bank Arena attended the crucial second game after the Kings broke away in the second half of game one to […]

THE National Basketball League (NBL) grand final series kicked off on Friday night, with game one seeing the powerhouse of the last few months reigning supreme. Fans at Qudos Bank Arena were treated to the first game between the Sydney Kings and the Tasmania JackJumpers, with plenty of hype surrounding the matchup coming in. It […]

Form team set to take on Fairytale in decider

THE National Basketball League (NBL) has enjoyed a stellar 2021/22 season, with plenty of storylines and high quality play over the span of six months, and after a ripping campaign, the grand final series is here. It has been an extremely entertaining journey to get here, with the regular season closing in dramatic fashion. Backing […]