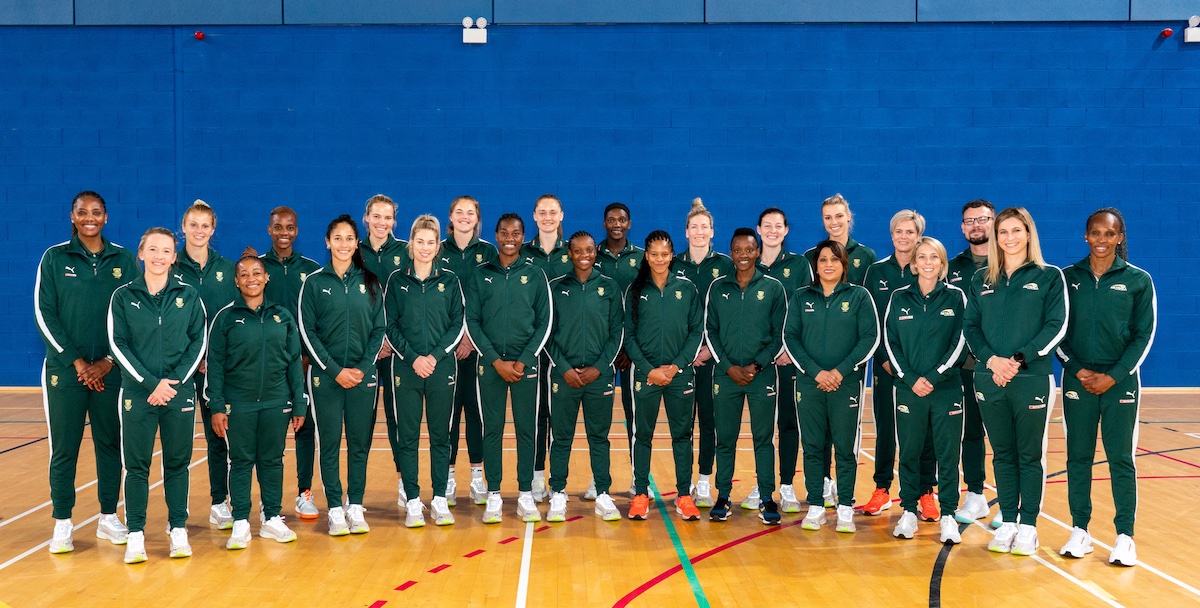 ANOTHER huge week in netball has made headlines this week with the 2022 Suncorp Super Netball season lists confirmed while the Cadbury Netball Series between the new Zealand Silver Ferns and Aotearoa Men’s was a cracking success. Meanwhile, a couple of international series are set to begin on Saturday evening, with a number of nations playing their first international caps since the COVID-19 disruption.

The three-match Cadbury Netball Series between the Silver Ferns and Aotearoa Men’s was arguably the highlight of the week, with the Ferns ultimately coming away with the trophy winning two games to one, though it was the Men’s team that showed the greater improvement across the three days of action. While there were plenty of highlights, Karin Burger continues to show that she is more than capable of holding down a starting position with the Ferns even when the squad’s experienced defenders return, while both Grace Nweke and Tiana Metuarau well and truly put their best foot forward, seemingly unphased by the tough contest. Despite coming away with two losses, Men’s bookends Jay Geldard and Victor Godsmark-White provided plenty of poise and excitement, coming away with the player of the match awards for the second and third games, respectively, while Eriata Vercoe also stepped up phenomenally well in his international debut. We spoke to Vercoe last week about his journey to the series, and did an in-depth Q&A with Men’s head coach David Pala’amo previewing the series.

Last week we saw the end of the Suncorp Super Netball free agency period, with the Queensland Firebirds waiting until the deadline to confirm the signing of England international and former Team Bath goal keeper, Eboni Usoro-Brown. Usoro-Brown should slot in nicely to the Firebirds’ defensive lineup, with her long reach sure to pay dividends in the back. To mark the end of the signing period, this week Draft Central has started a team list series, starting with the Adelaide Thunderbirds and following alphabetical order, with the fifth edition – NSW Swifts – released this afternoon. The remaining three list articles will go up next week.

Meanwhile, the Vitality Netball Superleague (VNSL) signing period has ticked along nicely, set to finish off this week. With plenty of big names changing hands amongst unexpected retirements, the signing period has provided a heap of entertainment and intrigue around player movements. Full team lists will be confirmed next week following the completion of signings.

Elsewhere, the Margaret Beckford Sunshine Series between the Jamaica Sunshine Girls and the Trinidad and Tobago Calypso Girls is set to begin on the weekend, with three matches over the course of five days – October 16, 18 and 20. Whilst the South Africa SPAR Proteas were also initially planned to participate, they have since withdrawn and will instead play a variety of matches against Ireland, Scotland and Wales, as well as a training match with Northern Ireland, between October 16-24.

“As coaches we are very grateful to have some game time,” SPAR Proteas Head Coach Dorette Badenhorst said. “We have set ourselves some targets on and off court, we will take every opportunity to try some combinations, build new ones and perfect the current ones we have as well.

“The spirit in the camp is very good and these players have worked hard on and off court. They have really shown great character.”

The eighth-ranked Scotland Thistles will be the biggest task for the fifth-ranked South African squad, with Wales sitting ninth on the World Netball rankings, followed by Northern Ireland (11th) and Ireland (28th). Thistles head coach Tamsin Greenway says she is excited about the challenge the Proteas pose and that her team is ready and raring to go.

“We are really excited about the opportunity to play South Africa. It’s great for us to test ourselves against one of the top nations as we continue to grow and develop as a squad,” Greenway said. “A lot of effort has gone on behind the scenes to make this match happen and as a group we can’t wait to get out on court and build again.”