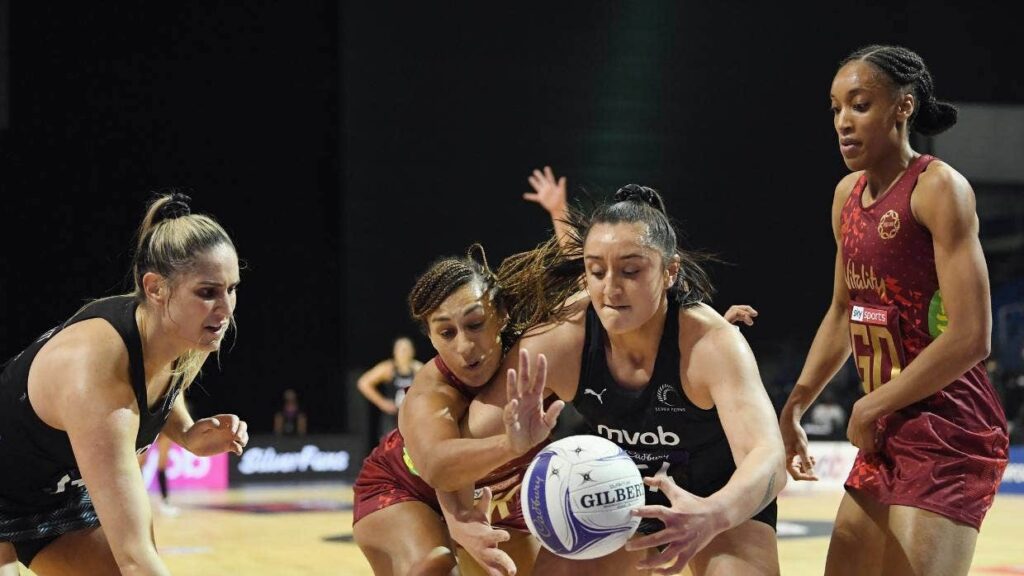 IT has been yet another huge week in netball, with some big announcements during the week adding to the excitement of continued Suncorp Super Netball signings. We take a look at all the biggest netball news in this week’s edition.

The SSN sign and trade period has continued this week, with the second week of movement throwing up some exciting developments. While Sophie Garbin was last week’s only official new signing, this week has seen defender Tara Hinchliffe head up the coast to the Sunshine Coast Lightning while goal attacks Kiera Austin and Tippah Dwan both head south to Melbourne Vixens and Adelaide Thunderbirds, respectively. Most of this week’s departures have since been announced to head elsewhere, as teams continue to add exciting talent to their 2022 lists.

Heading across the ditch to New Zealand, and all three matches of the 2021 Cadbury Netball Series between the New Zealand Silver Ferns and England Roses are done and dusted, with England clinching their very first Taini Jamison Trophy in the process. New Zealand claimed the first test of the series off the back of an impressive debutant in Tiana Metuarau, while England bit back to go one-all with a comprehensive win in the second test. The third matchup was a battle of two halves, with the Ferns looking in control early before the injury-ravaged squad was overcome by the Roses on a mission. Metuarau claimed match MVP status for the first outing, with George Fisher earning the nod in the second match and Roses captain Serena Guthrie in the third.

England Netball has since announced that it will host a Vitality Roses Reunited Series in England from November 28 to December 5, hosting Jamaica on home soil and, pending restrictions, with a full capacity crowd for the first time since January, 2020. Roses head coach Jess Thirlby says that the series will play an important role in preparing for the 2022 Commonwealth Games, with the Jamaican Sunshine Girls in excellent form.

“This is going to be an exciting series for the Vitality Roses and our fans, and is an important part of our preparation for next year’s Commonwealth Games,” Thirlby said. “We’ve missed getting out there in front of a home crowd and this will be an incredible opportunity to play a top team whilst reuniting both the Roses players and our supporters.”

The three-test series will see the opening clash on November 28 at London’s Copper Box Arena, before both nations head to Nottingham for the second and third tests of December 4 and December 5 at Motorpoint Arena.

A little closer to home, Netball Australia has announced that Liz Watson has officially been named 25th captain of the Australian Diamonds, with Steph Wood voted in as vice-captain. The two were voted into the roles by a combination of the Diamonds team members, as well as a selection committee comprised of Diamonds head coach Stacey Marinkovich, Netball Australia CEO Kelly Ryan and former Diamonds captain Liz Ellis.

“Liz is an incredible person, player and leader and we are thrilled that she will captain the Origin Australian Diamonds,” Marinkovich said. “Liz’s passion and drive for success is evident and she has a fantastic ability to stay calm whilst continuing to empower players around her.

“Steph is an ultimate team player and her leadership reflects the type of person she is – she is highly respected and leads by example on the court.

“This streamlined leadership approach has enabled us to gain a thorough understanding of what qualities our squad values in leadership and the players believe Liz and Steph best reflect these.”

Meanwhile, the Victorian Netball League (VNL) Awards took place over three nights during the week, with a number of players congratulated for their achievements throughout the season.

THE 18-player initial Diamonds squad for the 2022 Commonwealth Games in Birmingham, United Kingdom has been announced. A squad of up to 22 can be selected ahead of the games, and Diamonds coach Stacey Marinkovich has said that positions are still up for grabs, and that the selectors will be monitoring the performances for the […]

REIGNING Quad Series champion Australia was able to claim a memorable win in the 2022 edition, getting up with a stunning last quarter to defeat England in the final. There was plenty to like about the Diamonds’ series, with consistent performances each match, and a showcase of fresh faces, as well their reminder to the […]

HOME nation England enjoyed an impressive 2022 Quad Series campaign, going undefeated through the round robin stage and playing three quarters of phenomenal netball against the world’s best nation. Though the fourth term might have left some Roses fans a little disappointed considering what could have been, when assessing the tournament as a whole, there […]

WORLD number twos New Zealand might have gone into the series coming off impressive performances against the other top three nations in recent series, but found the going a lot tougher at the 2022 Quad Series. The Silver Ferns had an inexperienced shooting circle, combined with some star players returning to the international stage. WHAT […]

SOUTH Africa came into the 2022 Quad Series as the underdog, and, after a shaky start, managed to find some rhythm in the later matches to almost steal third spot. The Proteas have never finished in the top three, but came within a goal of doing just that despite missing their best player. WHAT WENT […]

2022 Netball Team of the Quad Series

NEW ZEALAND Silver Ferns have survived a second half comeback from South Africa to ensure they grabbed third spot at the 2022 Quad Series. Having beaten the Proteas the day before, the world number two Silver Ferns were favourites for the clash, but never had it easy. Despite leading throughout the first half, the Proteas […]

AUSTRALIA has won its first international silverware in two and a half years after securing the 2022 Quad Series. The Diamonds trailed hosts England at every break, but piled on 18 goals to five in the last quarter to produce one of the most clinical 15 minutes of netball fans could imagine. The Diamonds’ last […]

Roses and Diamonds remain undefeated ahead of final

IT was the result that should have been the most predictable. Whilst billed as the game that would finally determine which side out of England and Australia would head into the 2022 Quad Series final undefeated, it was fitting that the drawn result meant both escaped defeat. Though effectively a dead rubber game ahead of […]