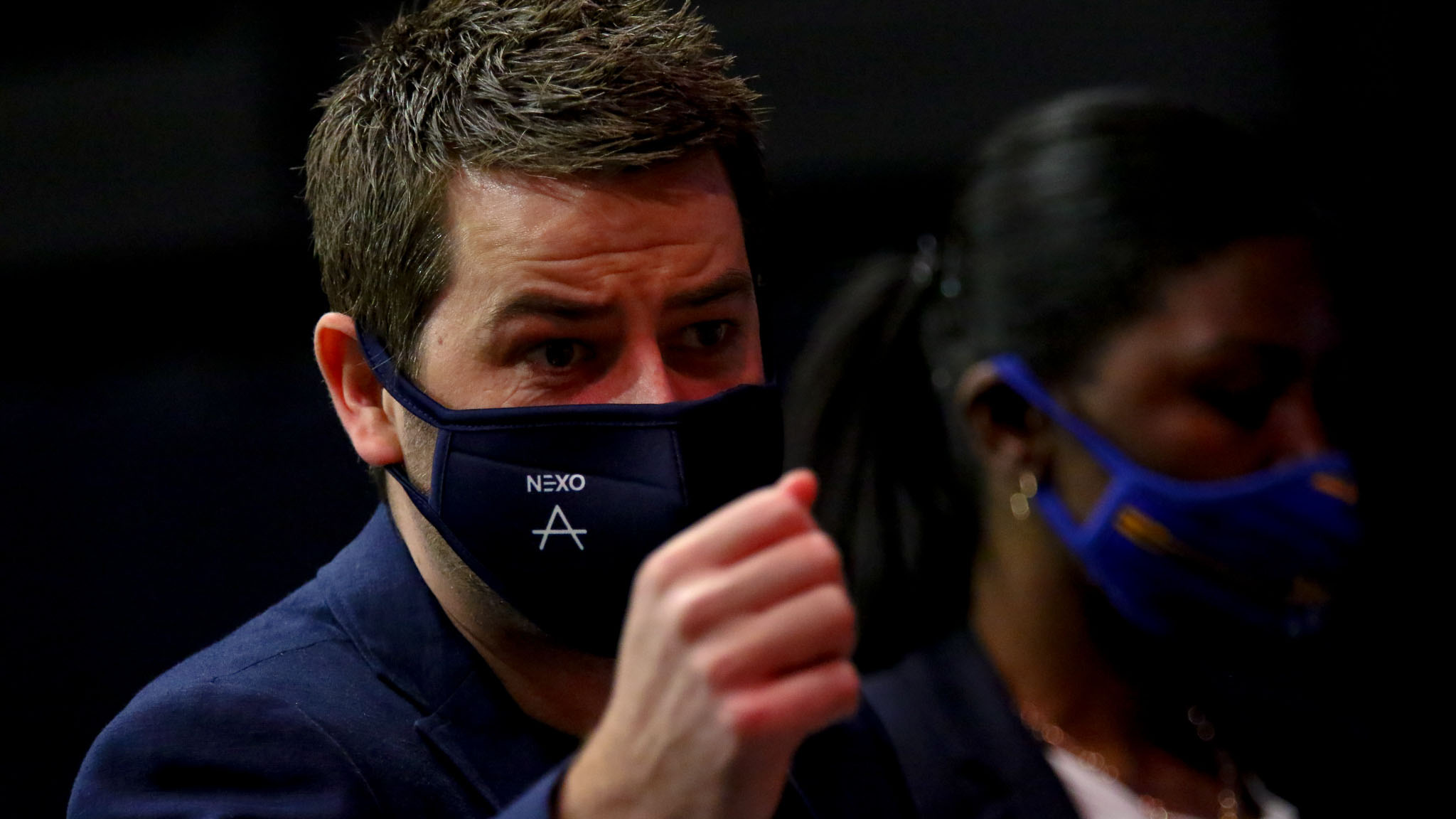 Action shot during the Vitality Super League match between Leeds Rhinos and Manchester Thunder at Studio 001, Wakefield, England on 12th April 2021.
WITH a fresh pay deal in the books, the first signing period open and plenty of questions about player futures, it was yet another huge week of netball this week despite no matches going ahead during the off-season. The Suncorp Super Netball’s landmark pay deal and resulting pay increase was the big news to hit the town, with a 22 per cent increase in 2022 as players remain the highest-paid female athletes in the country. The deal was agreed upon by Netball Australia, the Australian Netball Players’ Association (ANPA) and the eight Suncorp Super Netball clubs, made possible by the league’s new broadcast agreement with Foxtel and Kayo in 2022. Melbourne Vixens defender and ANPA President Jo Weston was complimentary of the decision, which proves just reward for the hardship of the past two SSN seasons. “It is hugely satisfying that, following the league’s ground-breaking new broadcast deal in February, players are being appropriately acknowledged through this new pay deal for our contribution to the sport and for the sacrifices we have made over the last two years,” Weston said. With that announcement came the inevitable confirmation of the 2022 signing and trade period on Wednesday, with it made public that clubs could exclusively begin re-signing current players from Monday September 6, before the free agency period begins on Monday September 13. The first of possibly many big signings was of course the return of Dan Ryan to SSN, with the former Leeds Rhinos and Adelaide Thunderbirds head coach making the switch to the West Coast Fever and posing plenty of big questions along the way. The announcement on Monday coincided with Stacey Marinkovich‘s official last day with the Fever last Friday, with Ryan commending the Australian Diamonds head coach for her work with the club over the past few years. “I have the utmost respect for Stacey and her team and what they’ve built and achieved in recent years, it’s been so impressive. The team is in a really healthy position right now and it’s a great privilege to be given this opportunity to join such an established and successful high-performance environment,” Ryan said. “The playing list is exceptionally talented and the growth potential within the squad is even more exciting. I truly believe there’s a lot of scope for me to add value so I can’t wait to start this new journey with the team.” Netball Australia has confirmed that the Constellation Cup series between Australia and New Zealand set for October will be rescheduled, with ongoing COVID-19 restrictions and the current trans-Tasman bubble closure putting a spanner in the works. The test series between Australia and England is also still set to go ahead, with ongoing talks between Netball Australia, England Netball, and Australian federal and state governments. Nicole Richardson has been announced as assistant coach for the series, joining Marinkovich on the coaching team. Meanwhile, a couple of former champions made fresh history becoming the first official centurions, with the name no longer reserved for netball’s 100-gamers. Both former New Zealand Silver Ferns captain Oonah Shannahan (nee Murray) and former Australian Diamond Wyn Hayward (nee McKenzie) turned 100-years-old within a week of one another, making history as they became the first from each nation to hit the impressive milestone. In doing so, they showcased the rich netball history between the two countries, having played against each other in the 1948 test series between Australia and New Zealand. Even further off the court, Draft Central delved into some hypotheticals this week, with the Australian Netball Championships (ANC) still up in the air despite initially set to play from next Monday onwards. That being said, Netball Queensland confirmed today that a collaboration between Netball Queensland, Sunshine Coast Lightning, Queensland Suns men’s team and the Pacific AusSport partnership will see a Queensland-based ‘Born to Shine’ mini-series formed in it place, with an eight-game series set to showcase Queensland’s great developing talent. We also posed the questions of how the Fever will fare with a new coach in 2022, whether Chelsea Pitman could make a return to SSN, had a look at some of the top international goaling prospects and compared the likes of Maddie Hay and Maddy Gordon, who are both wing defenders turned wing attacks.

Super Netball athletes to earn up to a 22 per cent pay increase in 2022 SSN announces 2022 signing period Dan Ryan named West Coast Fever head coach // How do the Fever shape up with a new coach in 2022? Born to Shine series announced What if: The ANC does not go ahead // Chelsea Pitman makes a return to professional netball?

Constellation Cup series to be rescheduled The new centurions: Former Fern and Diamond make fresh history at age 100 Top of the tables: Who are the top international goaling prospects? Compare the Pair: Maddie Hay and Maddy Gordon 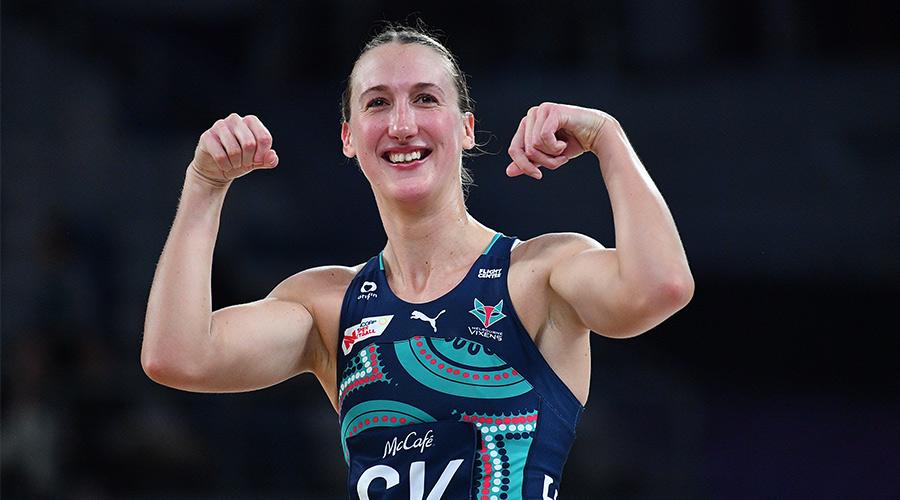 Vixens pull off massive comeback to move into Grand Final

THE Melbourne Vixens have put their double chance to good use, after defeating the GIANTS Netball 55-54 to move through to the Suncorp Super Netball (SSN) Grand Final. After being 10 goals down early in the last quarter, the Vixens staged one almighty comeback to claw their way back and take the win. The Vixens […]

Underdogs look to cause GIANT upset

JUST one game remains until the grand final of the 2022 Suncorp Super Netball (SSN) season, with the winner of Melbourne Vixens and GIANTS Netball set to clash tomorrow night at John Cain Arena. The GIANTS have not been able to get on top of the Vixens in the two clashes the sides have had […] 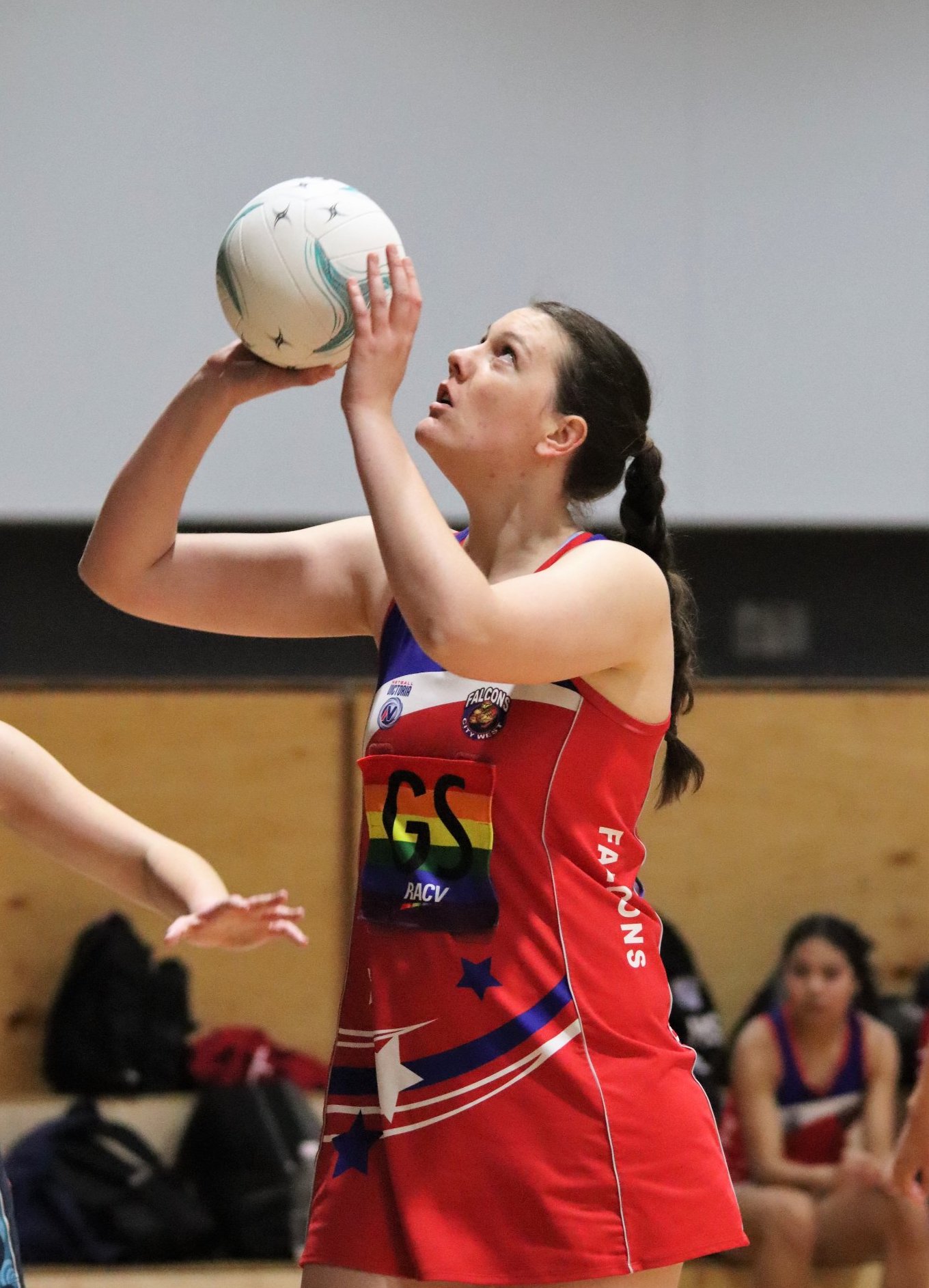 CITY West Falcons have proven too strong for Southern Saints, winning the first three quarters of their Victorian Netball League (VNL) contest on Wednesday night to secure the eight-goal victory. The Saints were competitive throughout the first half and kept fighting back into the contest, but a 20-12 third term in favour of the third […] 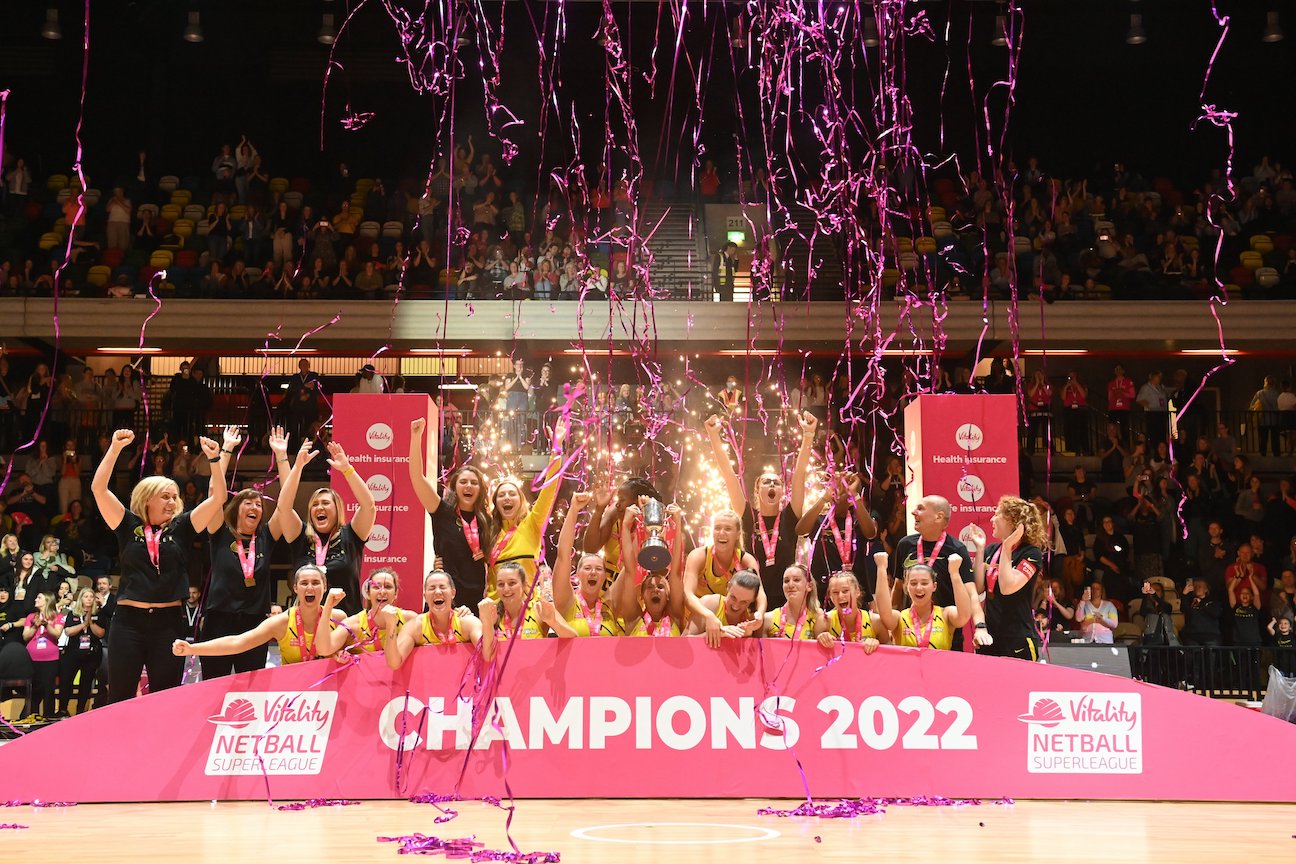 IN the wake of the 2022 Vitality Netball Superleague (VNSL) season finishing, we have taken a look back at how each team fared. We finish the 11-team countdown with the premiers, Manchester Thunder who went undefeated in a remarkable 22-game winning streak to lift the trophy aloft – their fourth overall – in the grand […] 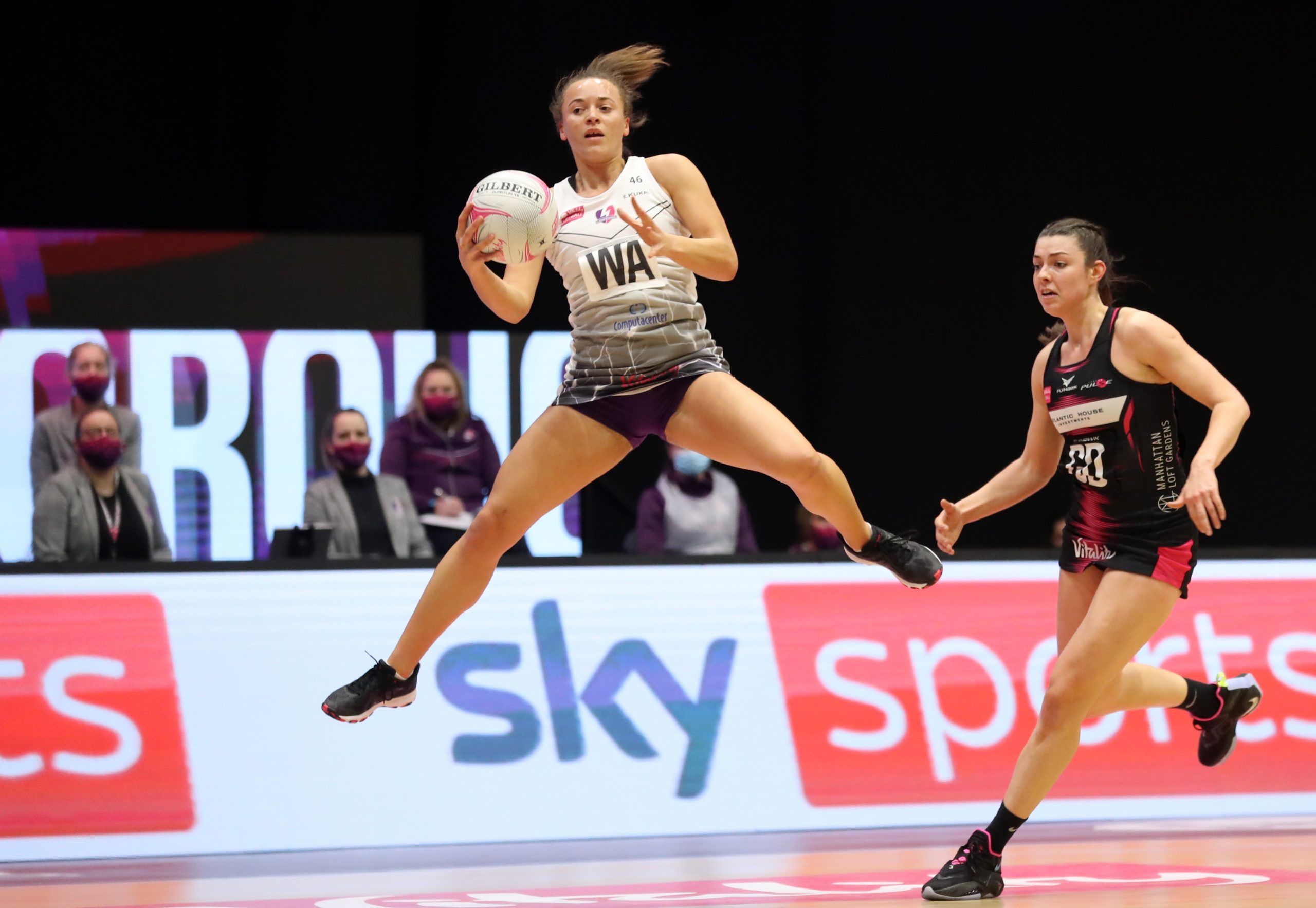 IN the wake of the 2022 Vitality Netball Superleague (VNSL) season finishing, we have taken a look back at how each team fared. We continue the 11-team countdown with the second placed Loughborough Lightning, who after coming in as reigning premiers, fell one win short of grabbing yet another title. KEY NUMBERS Position: 2nd (Runners-up)Wins: […]

IN the wake of the 2022 Vitality Netball Superleague (VNSL) season finishing, we have taken a look back at how each team fared. We continue the 11-team countdown with the third placed London Pulse who impressed throughout the season to consistently be a title threat, and though they did not win a final, still worried […]

Round Preview 4 days ago

Saints and Falcons look to keep touch with top two

CITY West Falcons and Southern Saints will face off in a massive top four battle tonight in Round 14 of the Victorian Netball League (VNL) Championship Division. The third placed Falcons are just two points off Melbourne University Lightning and could leapfrog them if the Lightning lose, while the Saints are already six points behind […] 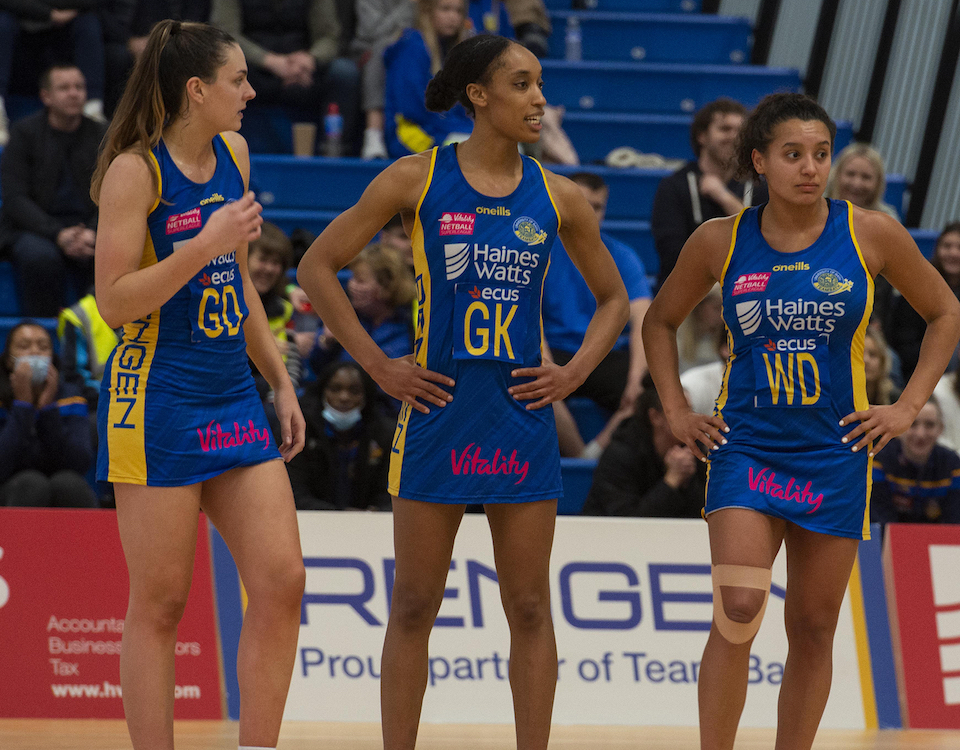 IN the wake of the 2022 Vitality Netball Superleague (VNSL) season finishing, we have taken a look back at how each team fared. We continue the 11-team countdown with the fourth placed Team Bath who got better as the season went on and really earned a place in the Final Four despite spiritual leader Serena […] 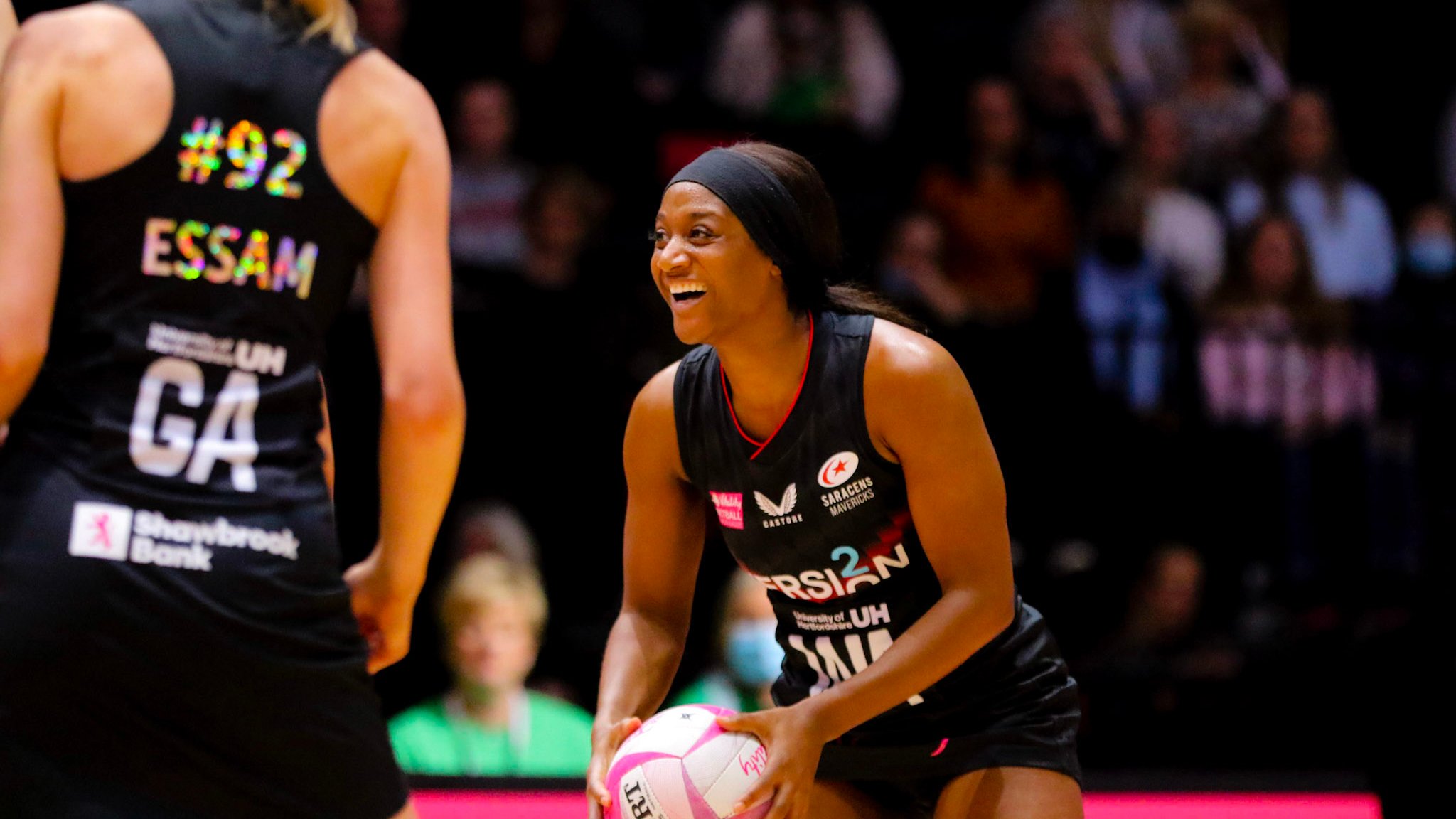 IN the wake of the 2022 Vitality Netball Superleague (VNSL) season finishing, we have taken a look back at how each team fared. We continue the 11-team countdown with the fifth placed Saracens Mavericks, who started the season really strongly, but due to in-continuity with the lineup, were unable to sustain their form in the […]