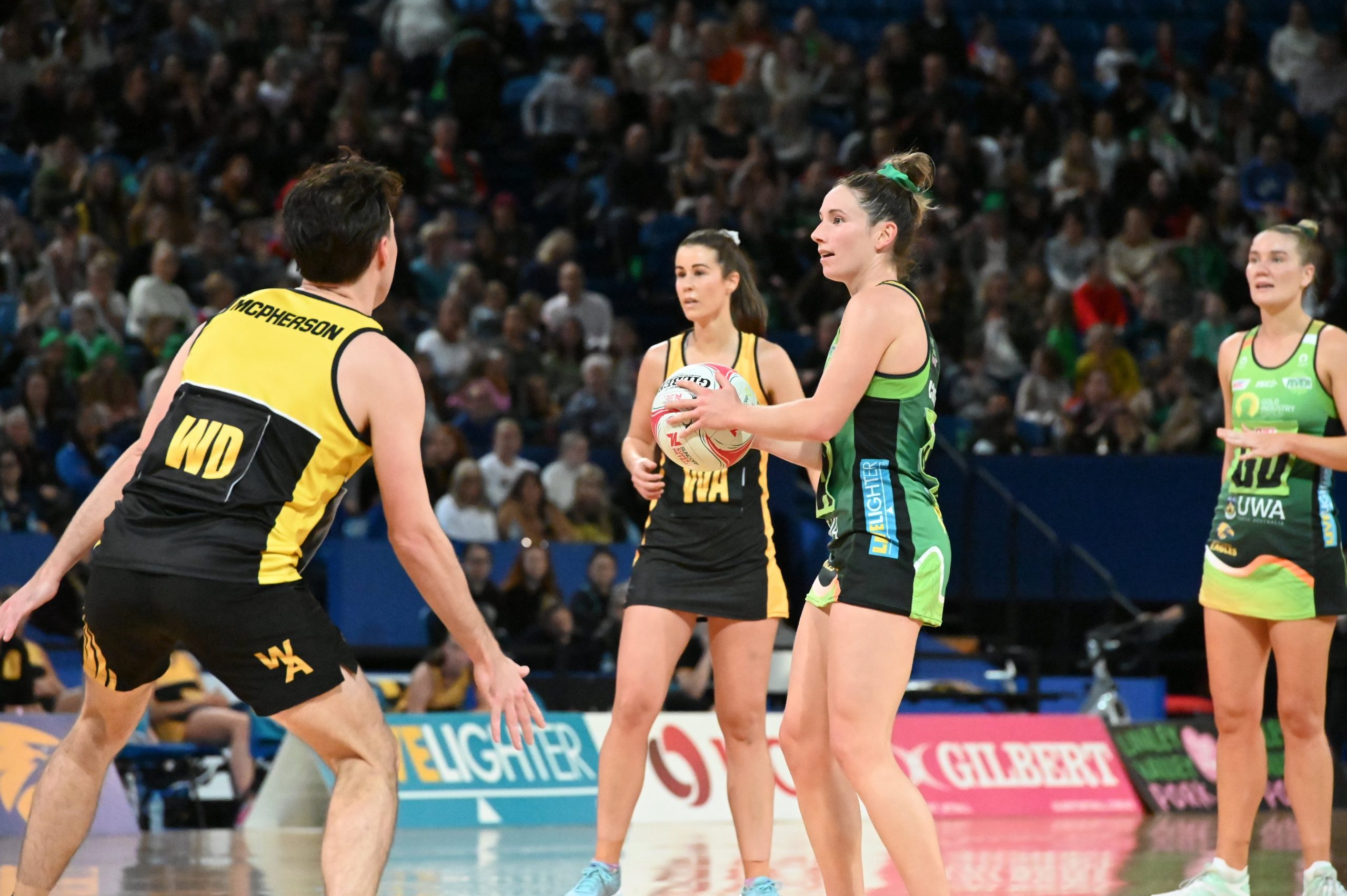 THE West Coast Fever took the court for the first time in 2020 against the Western Australia All-Star mixed team and while they went down by one goal (59-60) showed plenty of promise. Using the opportunity to adapt to the introduction of the Super Shot and working on connections across the court the Fever mounted a strong performance against their bigger bodied opponents but ultimately could not get over the line in the dying minutes of the game.

Without the defensive services of England Roses defender Stacey Francis and the ever-reliable Shannon Eagland the Fever lacked that extra star power and versatility down back forcing Olivia Lewis and Courtney Bruce to shoulder the load. Out of her usual position in goal keeper to start the game Bruce relished the extra court space in goal defence allowing Lewis to hone in her craft and gain some valuable court time ahead of the season start. Starting with the centre pass the Fever got off to a hot start through the hands of none other than Jamaican shooting superstar Jhaniele Fowler with her connection between Jess Anstiss in wing defence on song early with the latter delivering long bomb after long bomb into the goal shooter. With just over five minutes left in the quarter the Fever opened up a three goal lead but it was the efforts of Alice Teague-Neeld that stood out with the goal attack claiming the first Super Shot of the game.

Holding a two goal lead at quarter time the All-Stars rallied to fight back and assert themselves on the contest going goal for goal with the Fever throughout the second term. The battle between Fever captain and Australian Diamonds defender, Bruce and All-Stars goal shooter Donnell Wallam under the post was enthralling with both players refusing to give an inch as Bruce tried to impose herself with her aerial pressure. The introduction of Kaylia Stanton in at goal attack in the dying minutes of the quarter and Sunday Aryang helped to give the Fever a boost and hold the narrowest of margins at half time.

Hoping to elevate their game and kick it up a gear the Fever made a host of changes with Fever captain and Australian Diamonds defender, Bruce resorting back to her goal keeper position while Lewis switched out to goal defence. The changes did not stop there with speedster Verity Charles moving into wing attack as Anstiss pulled on the centre bib in hope to create a spark in attack and cut through the All-Stars defence. But as the game went on the influence of Dylan McPherson, Jerome Gillbard, Dravyn Lee-Tauora and Dan Cools started to take its toll as they made the most of their physical style of play to offset the Fever and get in their head to second guess their every movement. The All-Stars seemed to flick a switch in the third finding easy passage goal to snatch the lead from the Fever and hold a four goal ledger.

With the game on the line the Fever refused to back down mounting an almighty comeback in front of a 4,204 strong crowd. Up by three goals the All-Stars called a timeout to regroup but that did not work in their favour as the Fever came out hungry as ever with Fowler upping the ante under the post and Teague-Neeld nailing back-to-back Super Shots to get her side back in the contest. A huge intercept from the tenacious Bruce saw the Fever have another shot at goal with Teague-Neeld once again causing damage from two-point range but in the end it was little too late as the All-Stars held on to claim the slimmest of victories.

It was an enthralling battle with both sides feeling each other and wrapping their head around the introduction of the Super Shot. It was a strong performance from the Fever who will be counting down the days until Super Netball returns while the All-Stars showcased their class to fight back and win after being down for a half.

Round Review 21 mins ago