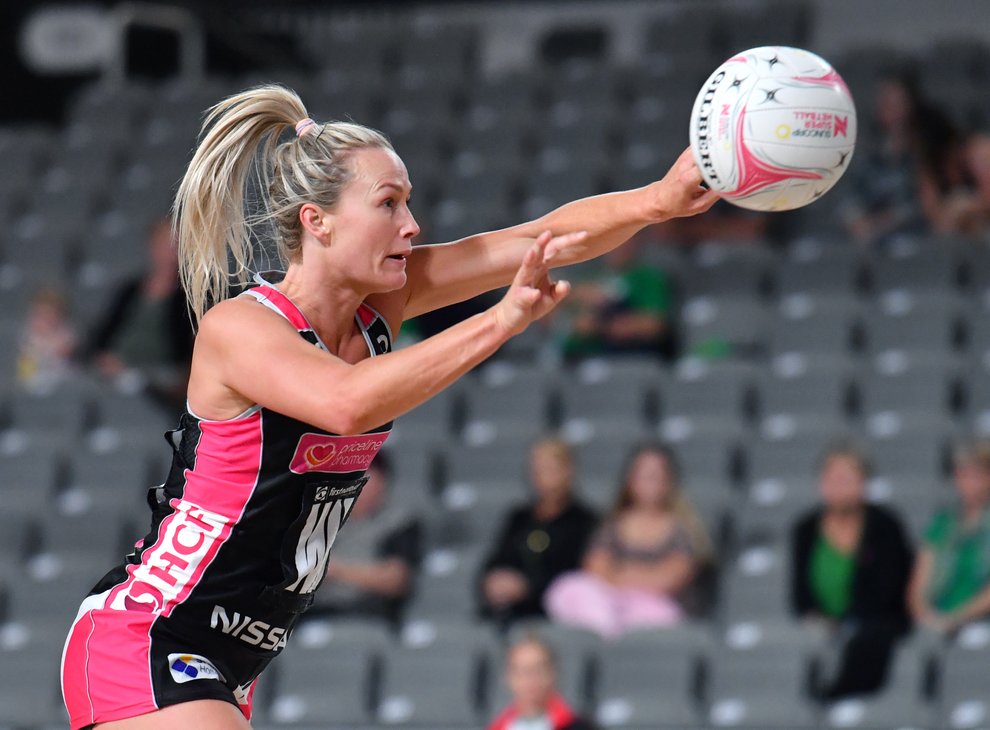 THERE are a number of influential midcourters on the market, with the Suncorp Super Netball re-signing period officially open and a couple of sides which could do with one of the most experienced midcourters across the league – who notably did not earn a 2021 contract. With the 2022 signing period officially open, Draft Central poses the question of ‘what if Chelsea Pitman returns to professional netball’?

The impressive midcourter may be a veteran of the game now, but her form in 2020 proved that she was still up to her tricks. Factor in that she is still amongst the England Roses extended squad despite not playing netball at a professional capacity, and that just proves what a great talent and asset she is within the domestic and international systems. Typically a wing attack, with the ability to swing into goal attack or centre where required, Pitman’s longevity in netball is credit to her adaptability and willingness to do what it takes to get to the ball first. Often a seemingly quiet achiever, Pitman’s classy movement on circle edge and ability to bring younger players into the game is what makes her so vital to her team. Her netball nous and ability to find her goalers within the circle was impressive, while her excellent footwork and evasive movement made Pitman a tricky opposition, always one step ahead of her opponent.

Where could Pitman go?

Realistically, unless teams make wholesale changes that shock the system – which, to be fair, could happen – there are only a few SSN clubs Pitman would slot in at, namely West Coast Fever, Queensland Firebirds and GIANTS Netball. Pitman has history with the first two, having played with Firebirds during 2011-13 and the Fever in 2012, and with both sides potentially on the look out for an experienced head in the front end due to injury – Ingrid Colyer (anterior cruciate ligament in 2020) and Jemma Mi Mi (calf tear), she could be the missing piece. That being said, Colyer and Mi Mi are also more than capable of getting their bodies right in time for season 2022 if they were to be re-signed, while both clubs also have other players capable of playing the position, meaning it would be a gamble for Pitman to make the move with no guarantee of court time.

GIANTS are the other team which could benefit from Pitman’s skill and ball-placement, with the side currently boasting very little midcourt depth in 2021. While Maddie Hay made herself a key cog this season in wing attack and has the ability to rotate into both centre and wing defence, neither Jamie-Lee Price nor Amy Parmenter can roll into wing attack which could create issues for the squad in the future. Another option, slightly more out of the box, is making a return to the UK’s Vitality Netball Superleague (VNSL). Pitman had a short stint at the Manchester Thunder during the 2015 season, working alongside new Fever head coach Dan Ryan at the franchise – another reason she could be hunted for the Fever – before returning to the then-ANZ Championship. Pitman’s experience could be crucial for the side, or ultimately any other VNSL side in need of an experienced head in wing attack, making her a huge acquisition.

What could stop Pitman from making a return?

There are couple of major things that could keep Pitman from making a return, namely match fitness, and her part-time SSN commentary role this season. Firstly, while Pitman has ben an elite athlete for a number of years, her match fitness at SSN and international level would need some time. It has been done before though, with players coming out of retirement and finding success, meaning Pitman could prove capable of getting up to standard with plenty of court time with Garville Netball in the South Australian Premier League this season. Secondly, Pitman earned herself a new role within netball during season 2021, assisting in SSN commentary at Adelaide Thunderbirds home matches, and particularly when the competition had its temporary hub in Adelaide. While not entirely the part of the game she would prefer to be on, Pitman was a handy inclusion on the commentary team with her netball smarts coming to the fore in a different way, and doing so with grace after not earning a 2021 contract. Pitman has also laid down roots in South Australia, with family and other work commitments based in the state, which could turn the English Rose away from playing the sport in future and sticking to the sidelines.

[…] also posed the questions of how the Fever will fare with a new coach in 2022, whether Chelsea Pitman could make a return to SSN, had a look at some of the top international goaling prospects and […]