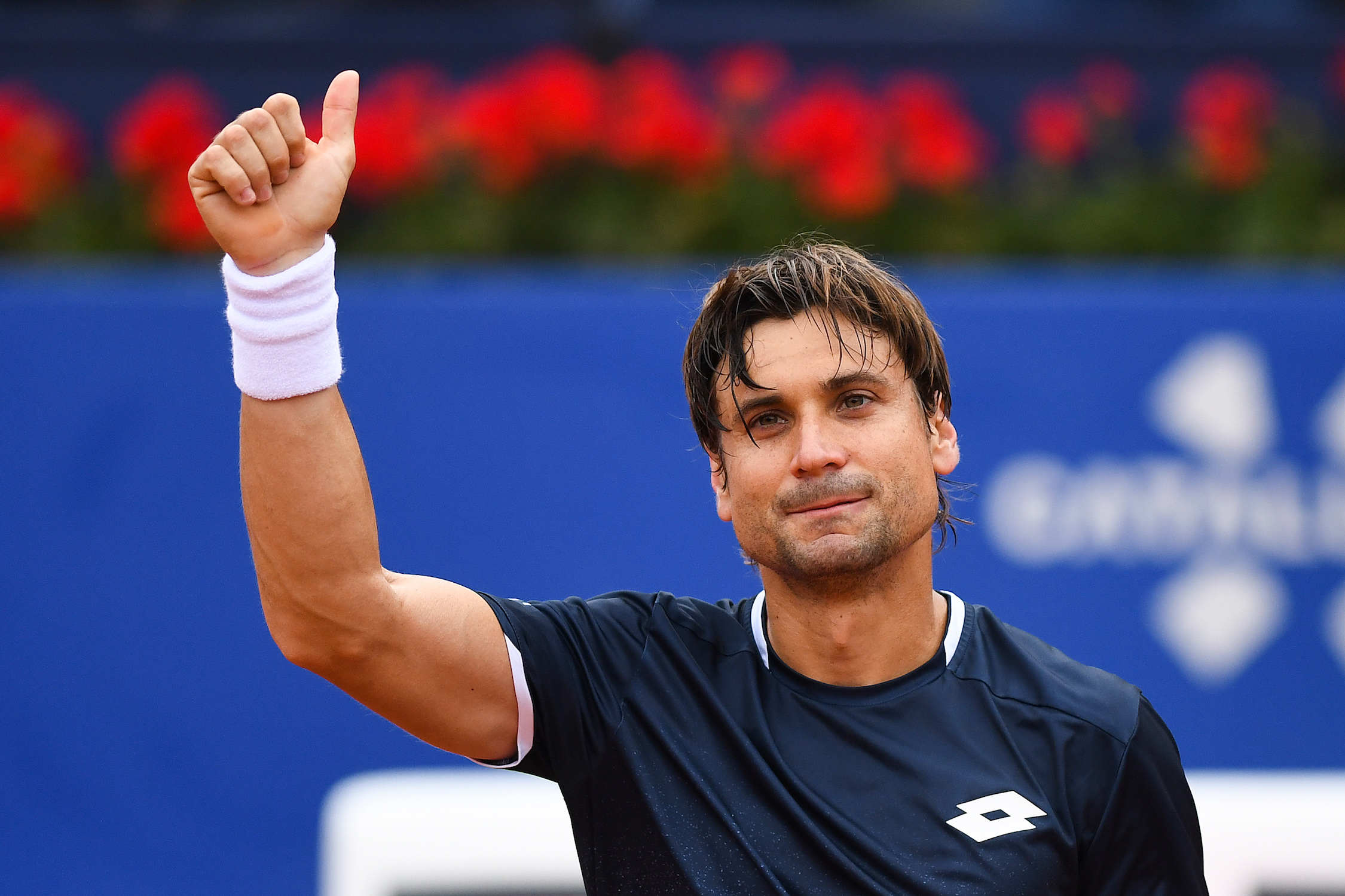 BARCELONA, SPAIN - APRIL 25: David Ferrer of Spain acknowledges the crowd at the end of his match against Rafael Nadal during the round of 16 match on day two of the Barcelona Open Banc Sabadell at Real Club De Tenis Barcelona on April 25, 2019 in Barcelona, Spain. (Photo by David Ramos/Getty Images)

WITH no live tennis on currently due to the COVID-19 global pandemic, Draft Central will take a look back at some of the best players of past and present and rank them based on a specific set of guidelines. In our first Top 10 countdown, we look at the Top 10 ATP Players to never have won a Grand Slam title, and now discover our top ranked player in a Spaniard with the most wins on tour without a Grand Slam.

When it comes to discussing the best-ever players who never won a Grand Slam title, it is impossible to not immediately think of David Ferrer. The unfortunate Spaniard was a super player who unfortunately came on Tour in between generations, a few years too late to take advantage of the ageing past generation, and following the same path as Roger Federer and Rafael Nadal who then took control of the ATP Tour, to then be joined by Novak Djokovic some years later. He was often the fourth or fifth player through the last couple of decades, swapping with Andy Murray for the ‘Next Best’ following the elite three. But when Murray finally broke through for his maiden Grand Slam title, it left the Spaniard as the clear standout for those without one. He was more consistent than the likes of Stan Wawrinka, Marin Cilic and Juan Martin del Potro who all tasted success amongst the ‘Big Three’s reign of dominance over the past two decades.

Ferrer has a couple of unwanted titles when it comes to missing out on Grand Slams. Firstly, he is the highest career prize money winner without a title, and secondly, holds the record for the most matches won on Tour without winning a Grand Slam. He was durable as anyone else, played for two decades and could not breakthrough for a major, though he did reach a French Open final in 2013. He also reached the last four at Grand Slams on five occasions, and the last eight a further 11 times. Naturally his one final ended at the hands of Nadal. What made Ferrer so good was not his shot making or X-factor, but his elite recovery, endurance and court coverage which was unrivalled outside of perhaps Djokovic. He would work opponents over until they had nothing left, and was just consistent as they came – opponents had to beat him, he would not just fade away.

Excluding the lack of a Grand Slam, Ferrer still won 27 career titles, including a personal best seven in 2012, when he reached the top three in the world. He won a further five in 2015, with his last title win coming in 2017 at Bastad. With 25 career finals – including six ATP Masters 1000 finals – Ferrer could have even managed more than his 27 total successes. What makes him different from the rest of this list is the fact his career came in arguably the toughest time to be an ATP Tour player. It is always hard to compare generations, but Ferrer copped the end of the Andre Agassi and Pete Sampras era, only to run parallel with the ‘Big Three’ for the following decade. From April, 2005 through until March, 2017, Ferrer was inside the top 30 players on the ATP Tour. For five years between 2011 and 2016, the Spaniard did not exit the top 10.

Put simply, Ferrer was the most consistent player in history to not win a Grand Slam, because he might not have been the best on this list in terms of pure ability like a Marcelo Rios or maybe even Robin Soderling, but none came close in terms of his consistency over two decades. If anyone deserved a Grand Slam title it was Ferrer, and while he missed out on the ultimate glory, he retired a successful ATP Tour player and one that will never be forgotten.