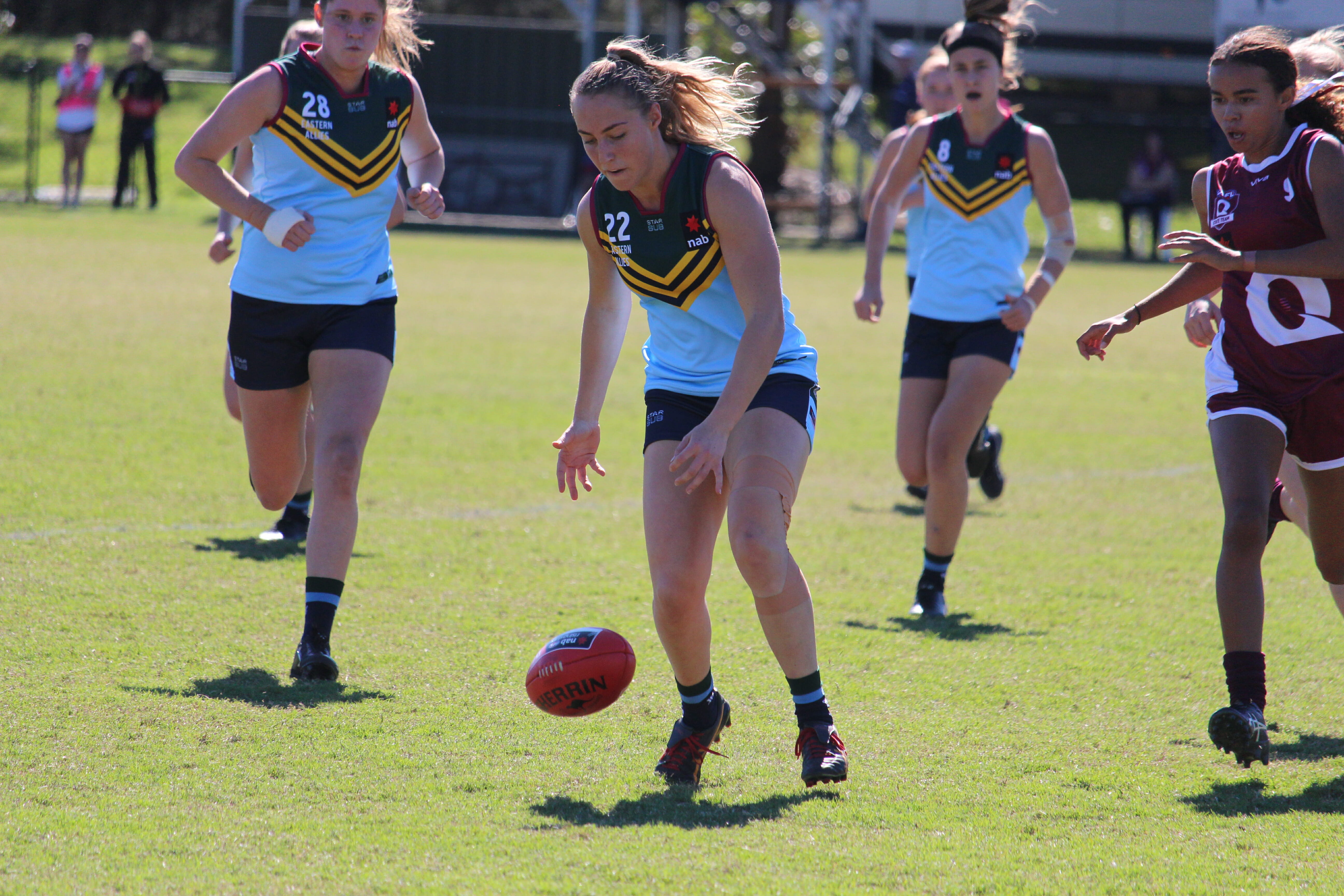 ACROSS New South Wales and the Australian Capital Territory (NSW/ACT), many Under-18 state representatives featured in matches across the weekend. We analyse how some of the players and their teams went across the competitions.

In the AFL Sydney Women’s Premier Division, Angela Priftis was named among Auburn-Penrith’s best players for the second consecutive week. Her NSW/ACT Under-18 teammate, Jemima Wrigley was also named in the best for her team, the Southern Power, despite going down by 67 points to the University of New South Wales (UNSW) Eastern Suburbs Bulldogs. Wrigley also scored one of the Power’s two goals on the day. The 17 year-old is continuing her remarkable run of form for the Southern Power, as this is now the sixth consecutive week that she has been named in the best. In Division One, Brenna Tarrant returned to the East Coast Eagles side and made an immediate impact. She was named third best in the side’s 13-point win over Manly Warringah Wolves.

Over in the Sydney Harbour Youth Girls Division One, Emily Hurley booted two goals for Kellyville Rouse-Hill Magpies in their 60-point thrashing of the Manly Bombers. This takes her goal kicking tally to eight goals in five matches for the Magpies. She is one major behind teammate, Georgia Garnett, who has kicked nine goals from seven games this season. Garnett is the leading the way in terms of goals for the Under-18 NSW/ACT representatives in this competition. Willoughby Mosman continued its strong season at the top of the ladder, with Under-18 contingent, Zoe Hurrell and Alice Mitchell featuring in the Swans’ 18-point win over the Southern Power.

Across to the North East Border League, Alyce Parker continued her fantastic form for the Thurgoona Bulldogs. She was named third best in the Bulldogs’ 77-point win over the Lavington Panthers in the qualifying final. In the Shepparton and Districts Junior Football League, Murray Bushrangers star, Eloise Ashley-Cooper had the week off with Finley having a bye. Ashley-Cooper’s side sits on top of the ladder undefeated.