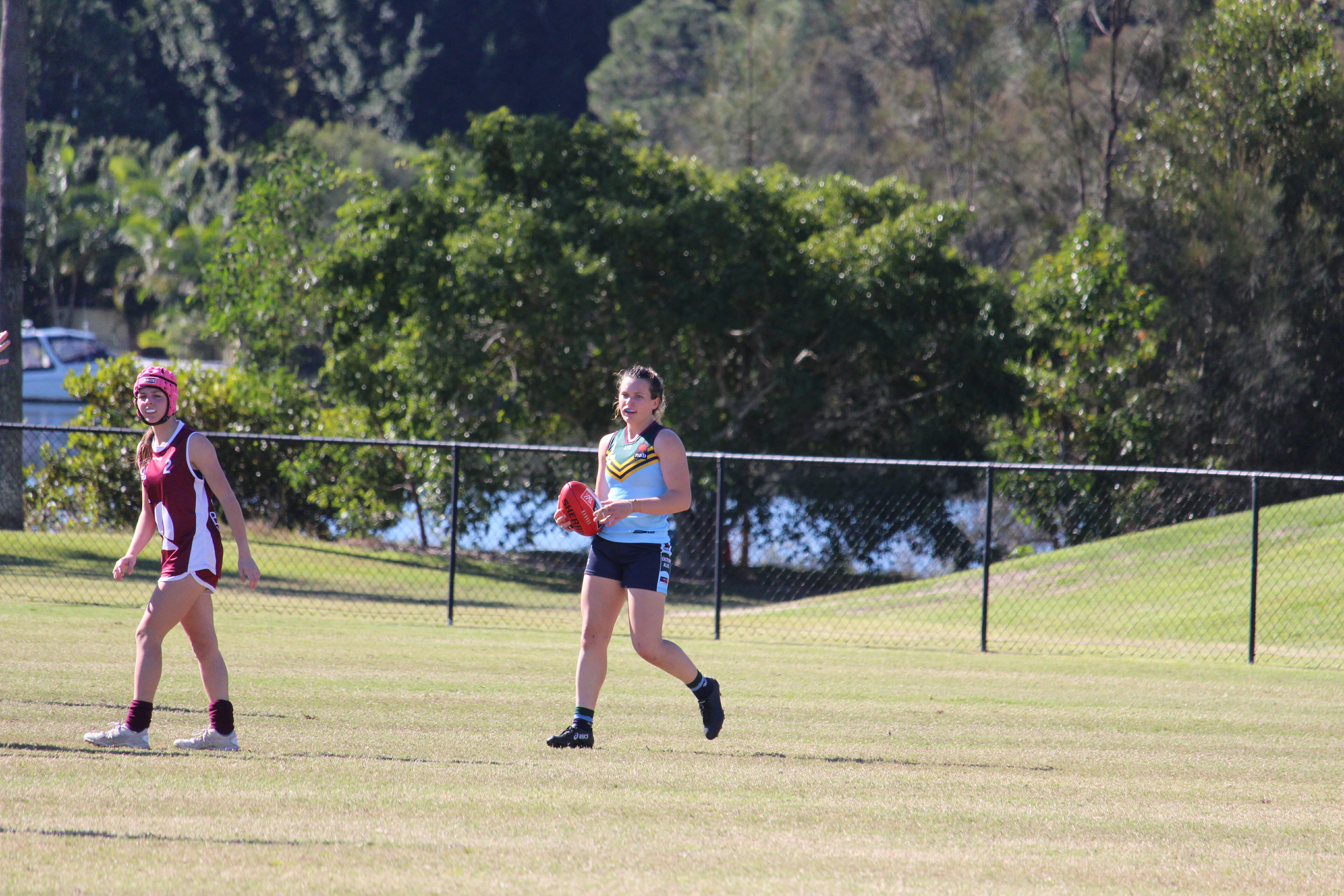 ANOTHER premiership player from the Eastern Allies’ New South Wales/Australian Capital Territory contingent emerged, while a handful of others narrowly missed out on premiership glory. Just one player remains in contention for a flag with the preliminary final next weekend.

Ahlani Eddy made it premiership player number three from the NSW/ACT contingent that travelled to the Gold Coast as part of the Eastern Allies squad for the AFL Women’s Under 18 Championships. Eddy was part of the victorious Sawtell Toormina Saints who simply smashed Port Macquarie Magpies, restricting their opponents to just four behinds for the match, while having 12 scoring shots on their way to a 38-point win.

It was heartbreak in the Sydney Harbour Youth Girls Division One, with Willoughby Mossman going down to Southern Power by eight points in the grand final. NSW/ACT representative, Alice Mitchell played for the Swans in the defeat, having led by four points at the final break before the Power booted the only two goals of the final term to win by eight. Zoe Hurrell, while a member of the side, did not play in the decider.

Angela Priftis‘ premiership dreams are still alive after her side, Auburn-Penrith Giants defeated the Southern Power in a do-or-die semi-final. Priftis was named best on ground in the victory, which while keeping her flag hopes alive, dashed that of her NSW/ACT teammate, Jemima Wrigley. Trailing at every break, the Giants booted the only two goals of the final term to come from behind and run out narrow three-point winners. The Giants move onto the preliminary final next weekend to face UNSW Eastern Suburbs Bulldogs for a spot in the decider the following week. Meanwhile in Division One, Brenna Tarrant‘s season is over after her side, East Coast Eagles went down in the preliminary final. Matching it with Woollongong Saints for most of the contest and trailing by just six points at the final break, the Saints proved too good in the final stanza, booting the only four goals of the fourth quarter to run away 33-point victors. Tarrant was named among the Eagles’ best in the loss.