2020 QAFLW season outlook: Back in action for bumper season 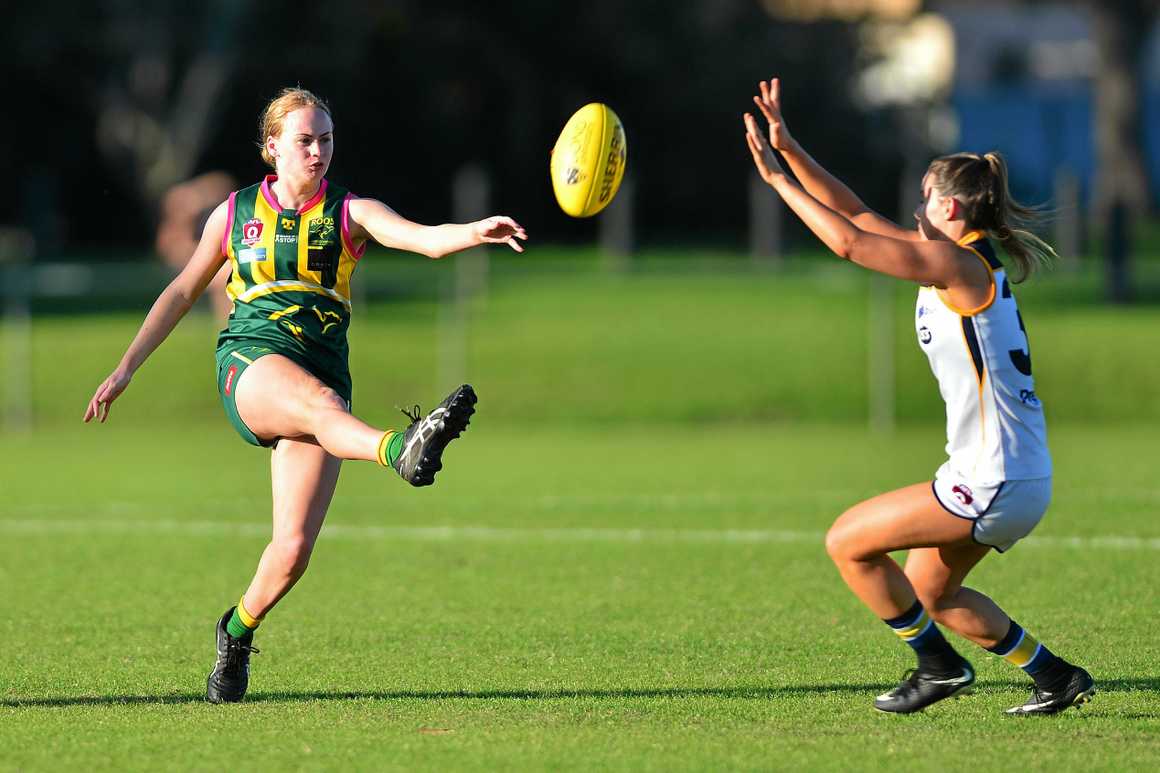 PLAYERS are preparing to take to the field once again in the Queensland Australian Football League Women’s (QAFLW) competition this weekend and Draft Central will be providing a weekly wrap on how the teams are performing and who’s taking on who the following week. To catch up on the competition already played – three rounds were completed prior to the season being cancelled due to the COVID19 pandemic – we run through where the teams stood. We also list the AFLW Academy Hub members as per their aligned club, as well as the AFL Women’s aligned players, though with competition returning at a different time to usual, there is no guarantee all will suit up for their respective sides.

The green and gold Roos sit atop the QAFLW ladder after three rounds with a massive 274.42 per cent and a perfect 3-0 record. Their wins got progressively more nerve-wracking as the season went on, following a 55-point shellacking of Aspley Hornets before notching up a 16-point win over Coorparoo in Round 2, and a narrow four-point win over University of Queensland in the last match back on March 14. They face off against fifth placed Wilston Grange this weekend, to complete matches against the bottom four sides. The Roos are a much improved side this season, but expect them to know exactly where they stand when they face the other top few teams.

The Bluebirds are one of only two Gold Coast-based sides in the top flight QAFLW and started their season off strongly with an unblemished three from three record. In that time they knocked off rivals, Bond University by five points, defeated Aspley Hornets by 27, and got the better of Yeronga South Brisbane by 19 in the most recent match. They take on fellow Gold Coast side Bond University for a second time this weekend in what should be a massive clash. Having wins over two top four sides, albeit this early in the season would be promising for the confidence as they look to build on their season.

The Devils had a promising start to the year with a high-scoring 15-point win over last year’s premiers, Coorparoo before toppling Wilston Grange by five goals. Their strong start was halted at the hands of Coolangatta Tweed who won by 19 points, but there was plenty to like about what the Devils had to offer. They take on University of Queensland this weekend and realistically should get up over the winless Red Lionesses. Their opponents are fairly strong defensively though, so Yeronga South Brisbane will need to line-up well.

Backing up from its maiden QAFLW Grand Final last year, Bond University sits at an even balance with a win, loss and draw to start its season. On face value its 228.21 percentage might seem absurd, but they completely tore apart the University of Queensland, 56-1 in Round 2 to bounce back from a shock five-point loss to Coolangatta Tweed in Round 1. Then the clash with Wilston Grange was called off due to fears over the COVID-19 pandemic, with both teams awarded two points for the game, with the Sharkettes in much better shape considering their massive Round 2 victory.

It was only two seasons ago the Gorillas saluted in a memorable grand final win, and after missing out on going back-to-back, they hope to start their season off on the right note. They had indifferent form prior to the break with an 11-point win over University of Queensland before going down to Yeronga South Brisbane by 30 points. The called off game against Bond University meant they headed into the long lay-off with one result in each of the columns, but a lowly 74.67 percentage. They take on Maroochydore this weekend in what will be a tough game, but no one knows what to expect after such a long time off.

The Kings regained their status as the league’s top club with a record fourth title from the nine years, moving outright first ahead of Yeronga South Brisbane (three). However to make it five, the Kings will need to really pick it up after a slow start, dropping matches to the Devils and then Roos back-to-back, before bouncing back with a 57-point smashing of Aspley Hornets. They take on the Hornets again this week up at Aspley, so will be looking to repeat the dose and further boost their percentage. One thing is for sure, the Kings have no trouble scoring so can really put up some big numbers.

The Red Lionesses had a competitive start to the season if you exclude the Round 2 55-point loss at the hands of Bond University. They pushed Wilston Grange in the first round before going down by 11 points, then lost to top of the table Maroochydore in a four-point heartbreaker. Whilst they might only have a percentage of 30 and no points on the board just yet, expect that to change. Their first match up is against Yeronga South Brisbane which will likely be a tough first encounter. If all of their AFL Women’s players, or even some of them return, expect the Red Lionesses to be a real threat this season.

The league’s cellar dwellers had struggled to start the season, with a 55-point loss to Maroochydore followed by a 27-point defeat at the hands of Coolangatta Tweed. A 57-point loss to Coorparoo rounded out the first three weeks, but they will have a chance to atone for that coming off the break. They take on the Kings again this weekend at home, and will hopefully use the home crowd support to put in a bigger effort.