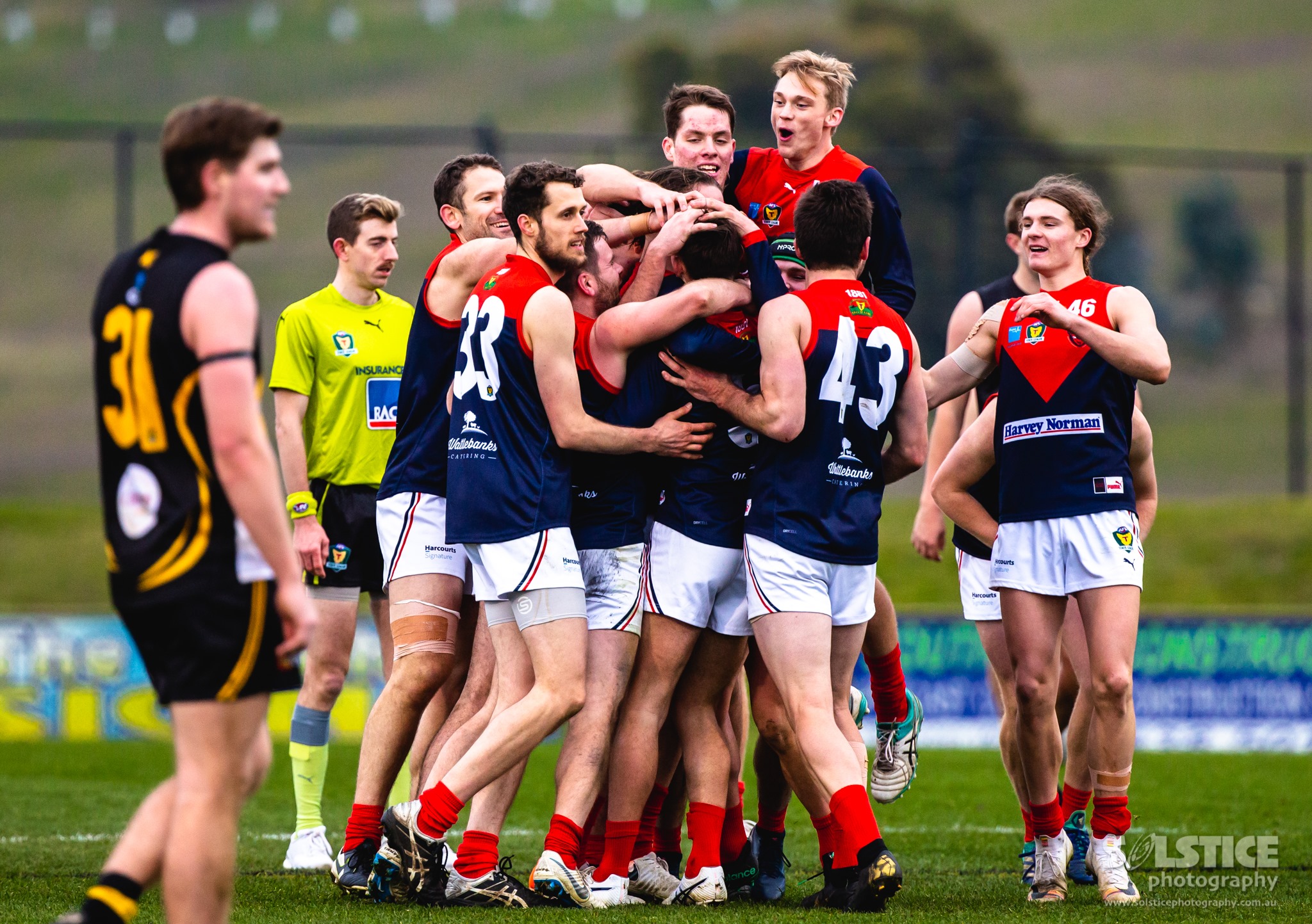 LAUNCESTON and Lauderdale sit as the only undefeated Tasmanian State League (TSL) sides in the competition, while the Blues’ TSL Women’s team was triumphant in the standalone match against North Launceston.

In the blockbuster top of the table clash, Launceston got up by 19 points to defeat North Launceston for the first time in seven years. The Blues had not defeated the Bombers since August, 2013, and had suffered 18 consecutive losses in that time. Young guns Jared Dakin and Jackson Callow were named best on ground for their respective sides, as we detailed their performances in yesterday’s Player Focus. Callow slotted three goals for the Bombers, while Bradley Cox-Goodyer slotted two, but it was the work of Dakin on opposition playing coach, Taylor Whitford that was the difference. Jake Hinds slotted three majors – with two of them coming in the last couple of minutes of the match to put icing on the sweetest cake.

Lauderdale was made to work for a second consecutive win, but they came from behind to defeat Glenorchy by 12 points at home. The Bombers led at quarter time and half-time, but were ruing inaccuracy in the first half, booting 3.7. The Magpies were not much better with just 1.4 and a goalless second term, but they piled on seven goals to three in the third quarter to race to a nine-point lead. Lauderdale bounced back in the last stanza to kick the final three goals of the game and restrict the Magpies to just another behind down that end in a 9.13 (67) to 8.7 (55) victory. Toutai Havea slotted another three majors, while Haydn Smith and Adrian Kalcovski were named among the Bombers’ best on the day. For the Magpies, Aiden Grace was the sole multiple goalkicker with a couple of snags, while James Webb was his side’s best, along with Josh Arnold.

After narrowly falling short of a huge upset against North Launceston last week, North Hobart got the job done in a successful come-from-behind victory over Tigers. In what was Tigers’ first game for the round, the Kingsborough side started strongly, booting two goals to one in the opening term, and leading by nine points at the first two breaks. North Hobart’s accuracy was deadly however, and the Demons booted five straight goals to 3.3 in the third quarter to draw level, before booting four goals to two in the final term to storm to a 12.3 (75) to 9.11 (65) win in an entertaining contest. Nathan Harvey slotted three majors and was one of five players to boot major goals. Young talents, Jake Steele and Patrick Walker booted two goals apiece, while Troy Cunliffe and Baxter Norton also had a couple of goals apiece and were named the Demons’ best. For Tigers, Luke Graham nailed three majors, as Jarryd Drew and Lachlan Watt were impressive in defeat.

In the only game played for the round in the TSL Women’s competition, Launceston got up over North Launceston courtesy of a three-goal second half. In what was a low-scoring contest, the Bombers managed to keep last year’s minor premiers to just seven behinds in the first half, with positives coming out of the clash despite not scoring. The second half saw the Blues find their kicking boots as Brooke Brown (two goals) and Angela Dickson (one) led the team to a 3.8 (26) to 0.1 (1) victory. AFL Women’s talents, Daria Bannister and Mia King led a strong Launceston outfit, while overage talent Camilla Taylor was also impressive. For the Bombers, Jody Clifford, Zoe Bourne and Ruby Slater all impressed in what was a tough effort against strong opposition.