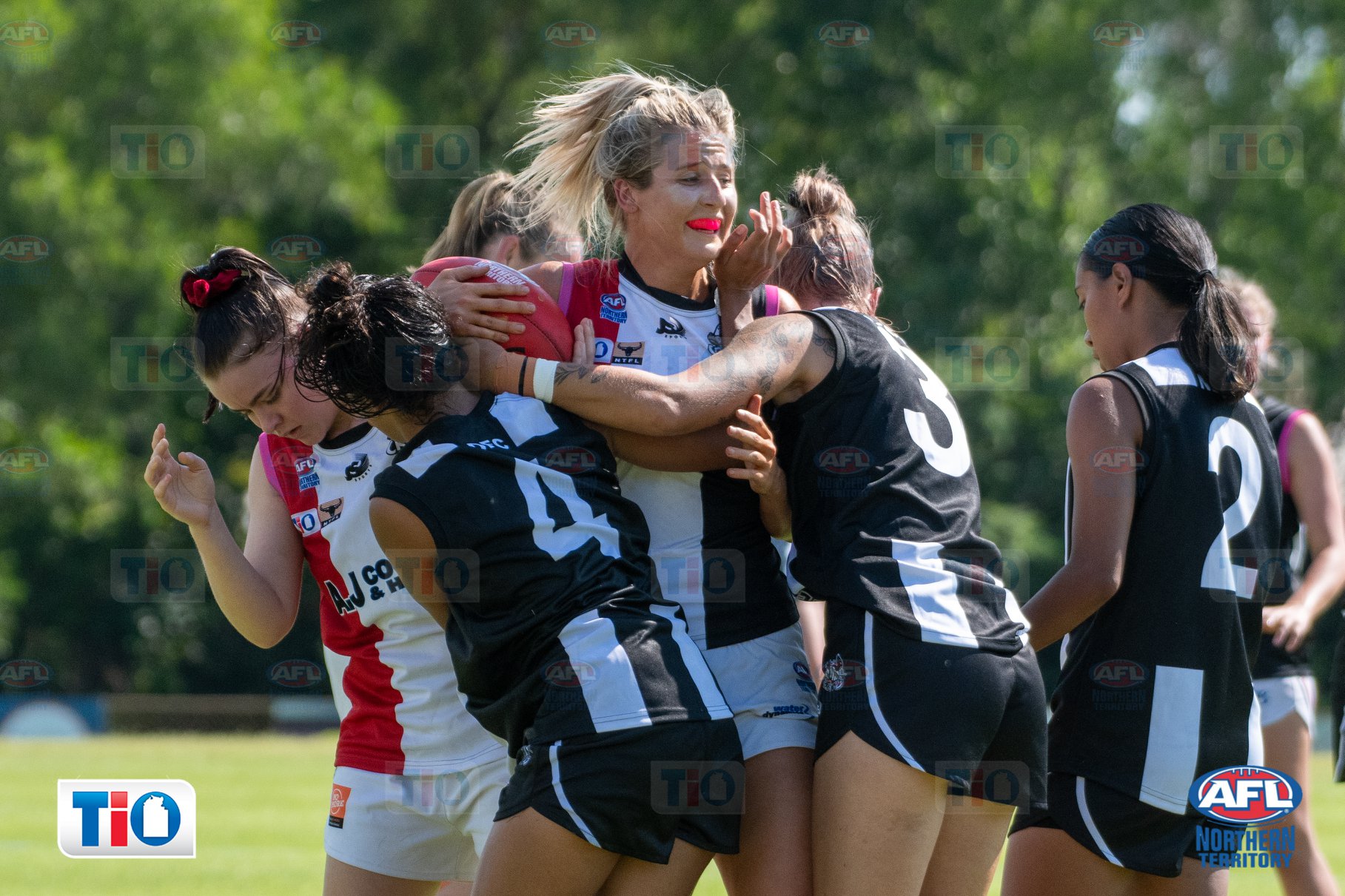 HEADING into a break over the Christmas period Draft Central takes a look at the NTFL Women’s Premier League so far, putting each team under the microscope and considering elements such as key standouts for each side, current win-loss ratio and who they are set to face when play returns in January 2021.

Sitting pretty in first place on the ladder, the Queen Ants have been in ripping form and are yet to drop a game showcasing their ability to close out games and weather the storm from opposition teams. The only team that has gotten close to Pint so far this season was Darwin back in Round 8 where the Queen Ants got up by a mere two points. They are cool, calm and collected and most importantly have placed themselves in a good position to challenge for a premiership and will be hoping to inflict plenty of pain on Nightcliff when the action resumes in January.

Pint has no shortage of players able to step up and steer the ship with the goal scoring shared between three main contributors in Amy Chittick, Casey Morris and Jasmyn Hewett. Chittick leads the pack with 14 goals, Morris has 13 and Hewett with 12 while Jessie Baumer has proven to be a handy option in front of the big sticks with a season total of nine. Chittick is not only integral in front of goal but so too across the ground named in the bests six times alongside Cassie Henderson. Reni Hicks has proven to be effective for Pint as has Jacinta Reid with the duo frequently making their way onto the top performers list throughout the season.

Currently second on the ladder St Mary’s will be keen to keep their two game winning streak intact when they return against Palmerston Magpies. After somewhat of a slow start to the season the Saints built some strong form through the midpart stringing together four consecutive wins and subsequently rising up the ladder. However the past five games have not been as convincing coming off the bye and losing two games before downing both Tracy Village and Wanderers to recapture their mojo.

The Saints have a number of players that are able to take the game by the scruff of the neck and have an influence with Michaela Long leading the pack with 17 goals in 11 games while Ashlea Melnikas has also chimed in to average a goal a game. Danielle Ponter has not played since mid-November but was a commanding presence with her eight goals while Jasmine Anderson and Tesharna Maher have both been consistent figures for the Saints. Megan Williamson has been a real ball magnet for St Mary’s and has been regularly recognised for her efforts while Alana Coombes is another one to keep an eye out for.

The Southern Districts have been up and down throughout the 2020/21 season registering six wins and three losses but could have been higher up the ladder had they closed out games as shown via their two draws. Currently holding down fourth spot on the ladder heading into the break the Crocs will be hoping to regroup after going down to Pint in the final round. But prior to the loss were flying, going on a three game winning streak and registering a draw. They face the Wanderers in their first game back.

There are two main options inside 50 with Tayla Thorn a key cog and able to kick multiple goals each time she steps out taking her tally to 25 for the year. She is often assisted by teammate Grace Mulvahil who is a real livewire in attack recording 11 goals for the year while Jessie Brock is the next best with six majors to her name. In terms of bests it is no surprise that Thorn is right up there given her influence on the scoreboard while Bella Clarke and Emma Forsyth are also formidable figures for the Crocs. Malory Nankervis has steadily found her groove as has Ebony Miller with the two featuring highly for the side.