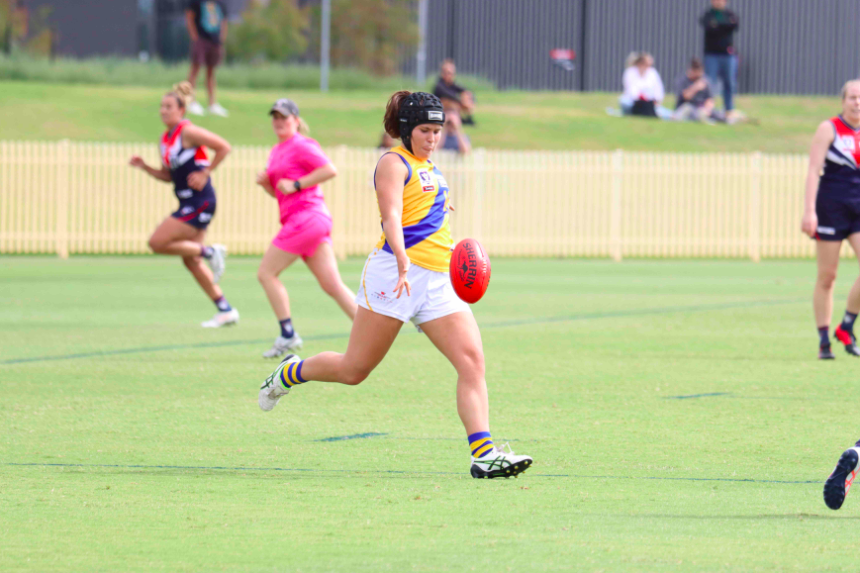 WILLIAMSTOWN boasts a squad brimming with fresh faces and young talent ahead of the 2021 Victorian Football League (VFL) Women’s season. After the 2020 season was cancelled, the Seagulls have faced an agonising wait to make good on their 2019 campaign which yielded just one victory in 13 games.

The proud standalone club will again prepare to be lead by head coach Penny Cula-Reid, who coached Collingwood to the 2019 premiership. With a list made up of true VFLW talent and strong coups to build on important re-signings, the Seagulls will look to compete with aligned clubs and nurture the draftable talent potentially entering their program from elite pathways.

While the latest round of practice matches was scrapped due to lockdown laws, the Seagulls managed to fit one in before restrictions were put in place. They locked horns with the Darebin Falcons at La Trobe University and came up trumps by 11 points, showing great maturity to start and finish the game strongly. The win came after players participated in a three-day camp in Trafalgar, preparing them mentally and physically for the fast-approaching season proper.

Erin Meade was announced as captain for 2021 having become a mainstay among her side’s defence and midfield, leading a promising mix in the engine room. 2019 best and fairest winner Megan Williamson is set to play a key part in proceedings once again, while the likes of fellow inaugural Seagull Lauren Suleiman, Ruby Tripodi, and Eliza Straford have all also re-committed to the club.

Tahlia Merrett and Asha Price have been identified as two players to watch up forward having both come to the fore during preseason. Merrett is a rising star of the competition who is usually sighted down back, but the raw tall has been pegged for a move to centre half-forward this year. 23-year-old Price was a 2020 signing from Melbourne University and will likely be employed deeper inside the attacking arc.

Among the new recruits, former NAB League trio Zoe Garth, Payton Ozols, and Malaya Rodezno all come in with plenty of promise. Garth hails from the Geelong Falcons region and was a highly touted junior who adds to Williamstown’s outside run. Ozols is a fast-improving defender who also moves well, while Rodezno is a former basketballer who adds to the club’s tall stocks.

The club has also announced the signings of Danika Di Santo, Tori Snelleksz, Bridget Costello, Allana Dickie, Scarlett Dunell, and Sasha Long. No fixture has been released, but the 2021 season is set to get underway in late-February, running adjacently with the AFL Women’s and NAB League Girls seasons which have already commenced.