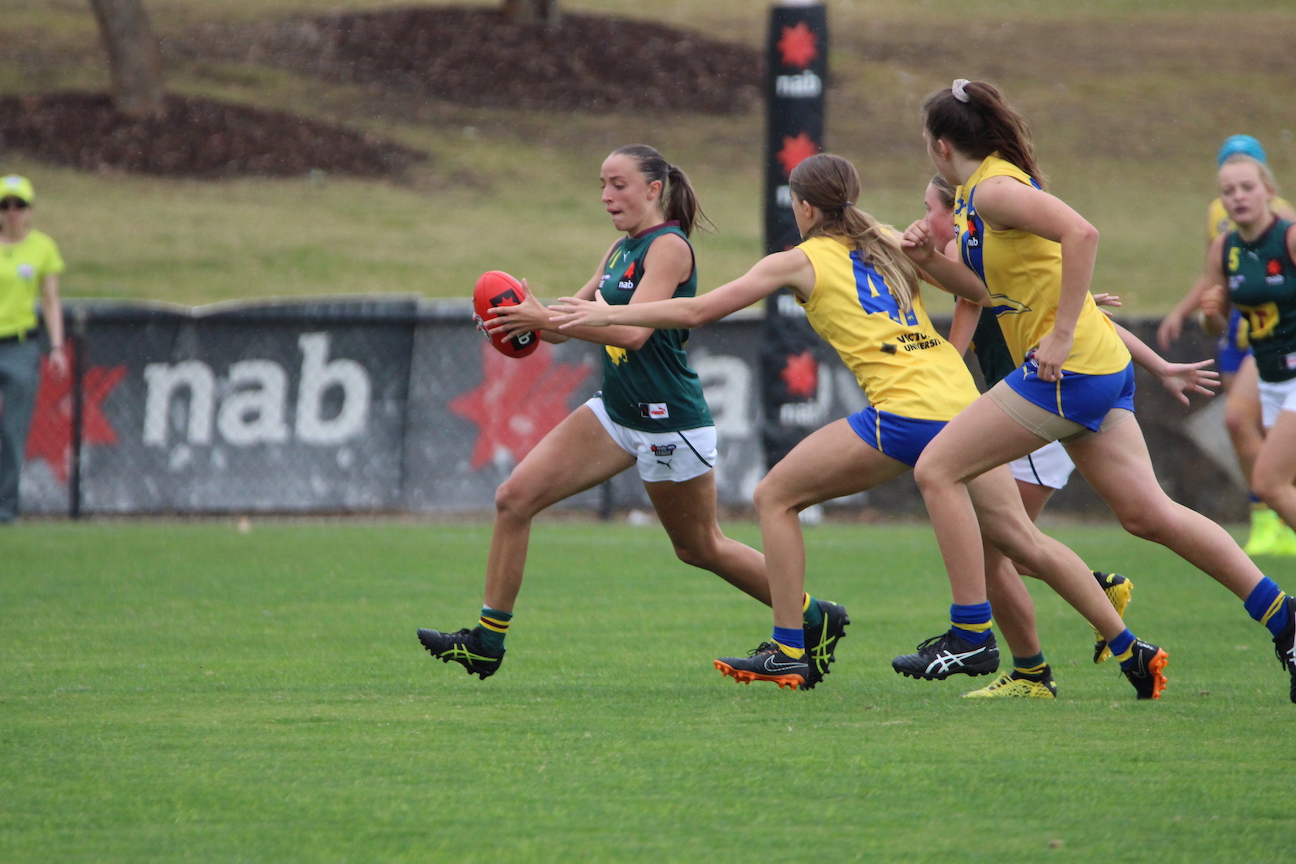 IN the fifth of our 2021 AFL Women’s Under 19 Championships state preview, we take a look at the Allies, a team that has accommodated Northern Territory to join the Eastern Allies duo of NSW/ACT and Tasmania. Always a challenge to combine the best players across multiple states, there are a number of experienced NAB League players in the team, as well as four AFL Women’s Academy members making the squad.

The Allies head into the AFL Women’s Under 19 Championships as the natural underdogs having the most difficult task of combining talented players from different states into a cohesive unit, but on sheer talent the side has plenty of depth around the ground, and with Northern Territory joining the Eastern Allies duo, there is an extra pathway feeding into the side. The four AFL Women’s Academy members will lead the way, but there are also a mix of 19-year-olds such as Charlie Vandenberg who received an AFL Women’s Draft Combine invite last year, and bottom-age talent Claire Ransom who is shaping as one of the most talented players for next year.

The smooth-moving King has been a standout for the Devils in the NAB League Girls this season and will be a prime mover in the Allies’ midfield at the AFL Women’s Under 19 Championships. King is a tackling machine, and despite being able to win the ball plenty herself, she does all the team things with her defensive pressure, blocks and shepherds to help her teammates move the ball in transition. As well as play onball, King can play an outside role and use her burst to advantage, as well as up forward as a pressure forward with some speed and knack for finding the goals, as she did last year when she became Tasmania’s first ever NAB League Girls goalkicker.

A strong ruck who can also play forward, Morphett will provide the experience and strength around the contest for her lighter-built teammates. Able to pull down contested marks or provide a contest enough to bring the ball to ground, Morphett is a member of the GIANTS Academy who has represented both the GIANTS and Murray Bushrangers this season. She works hard at ground level with some fierce tackles and covers the ground well, but her ability to be that target down the line or leading out from goal is what makes her a player to watch at the championships.

Impressing during the Sydney Swans Academy’s win over Geelong Falcons, Doyle is a talented midfielder-forward who has the athleticism to worry opposition sides, but also the goal sense to make it count when inside 50. She was able to kick a couple of goals in a low-scoring win over the Falcons in wet conditions, so on a dry deck, Doyle has the potential to light up a game. She can take a strong grab overhead, and whilst still raw, has plenty of upside having come to the sport later than others, but has well and truly showed why she has caught the eye of the AFL Women’s Academy.

Running out for the Thunder in the win against the GWV Rebels, Bush is a dangerous forward who has deceptive athleticism and a neat sidestep with power that can shrug off would-be tacklers. She was able to effectively drive the nail into the Rebels’ coffin in that game with a couple of goals in a minute, and is often too strong for quicker opponents or too quick for bigger opponents. A real nightmare to try and match up on, Bush is the sole NT AFL Women’s Academy member, and will add to a versatile and damaging forward line.

One of the in-form small forwards of the Devils this season, Bissett is a crucial player inside 50 with her clean, balanced play and high footy IQ. She helped win the game against Northern Knights with a couple of late goals in the NAB League Girls competition, and has been a consistent source of scoring in 2021. If she is not kicking them, she is setting them up and will relish being inside 50 when the ball comes in given the amount of talls around the goals that she can crumb off, or run onto a loose ball.

Jayde Hamilton already has VFL Women’s experience and is a hardnut on the inside, having played at the 2019 AFL Women’s Under 19 Championships. She will look to win the contested ball with Eleanor Bishop, J’Noemi Anderson, Ella Maurer and Cynthia Hamilton all able to roll through there. Jemma Blair will provide the run out of defence with Ella Heads and Ruby Sargent-Wilson both impressing in the back half during their matches at NAB League Girls level. Grace Mulvahil has some exciting speed around the ground to move the ball in transition with Meghan Gaffney, while Hayley Macdonald and April Devine could be targets, rotating with Morphett through the ruck.

The Allies have a real mix of talents in all three thirds, and it will be how they all mix as to how the style will form. They have some speedy players at both ends and through the middle, with their abundance of contested markers likely to pose a problem for opposition sides. Once the ball hit the deck though, the Allies will be just as damaging with their forward X-factor to create something out of nothing and bring up scoring opportunities.

In terms of areas of improvement, the difficulty of gelling will always be the number one hurdle to overcome, with only portions of the various Academies having played before. It will be up to the leaders in order to help the more inexperienced players gel, and ensure they can enjoy a good carnival.

The Allies have a real mixed bag when it comes to talent. With their AFL Women’s Academy members all likely to be in the forward half – with a couple of them rotating through the middle at least – they should be able to try and take control of the stoppages and get the ball forward. In defence they have some strong rebounding types, and players who are happy to run with ball-in-hand. They will be ones to begin the movement in transition and really get the ball from the back half to the forward 50.