2021 VFLW Round 9 preview: Youngsters set for debut as AFLW talent filters back 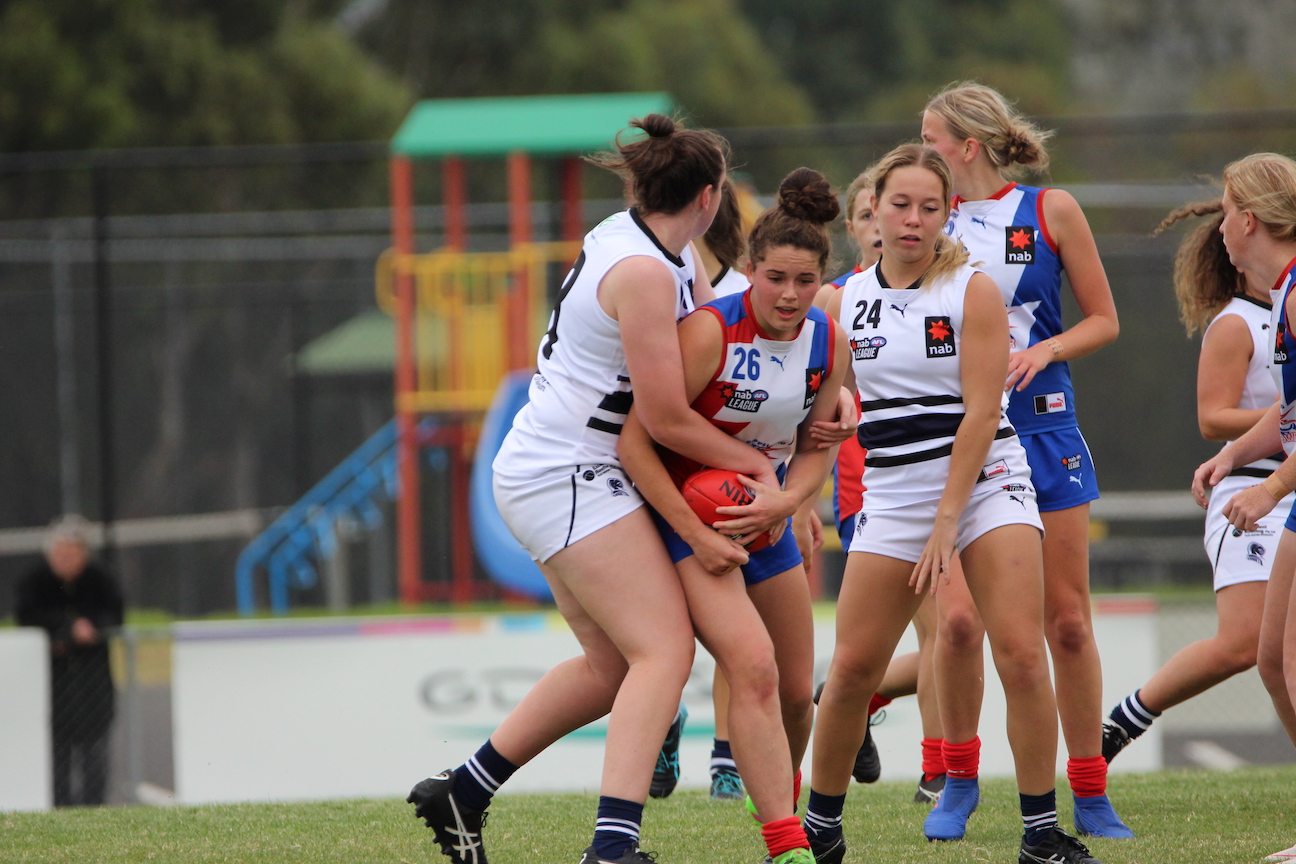 In the opening game of the round, Essendon and Carlton clash at Windy Hill in a weekend that will see plenty of opportunities for the rivals to go head-to-head. Ruby Svarc is a crucial in for the Bombers returning after spending her season in Queensland with the Brisbane Lions, and she could well be given the job on Grace Egan who makes her return to state level for the Blues. Searching for a win against a pretty impressive Bombers outfit this season, Carlton has also added Abbie McKay to the side, with the likes of Daisy Walker and Charlotte Hammans steady in the defence. Georgia Nanscawen has overcome the injury that kept her out for the past couple of weeks, whilst Bendigo Pioneers’ Elizabeth Snell is back for another week, with Pioneers teammate Jemma Finning named as an emergency and expected to make a VFLW debut in the coming weeks. The Bombers will be favoured in this clash with the return of Nanscawen and playing at home.

Two teams at opposite ends of the ladder clash at midday, with the one-win Darebin team taking on a Port Melbourne side coming off its first loss to Casey Demons last week. After gaining Jess Dal Pos back from AFL Women’s last week, the Falcons will be keen to give it all they have against a pretty strong Borough outfit. Nicole Callinan has been an important inclusion for Darebin this season, with Stephanie Simpson and Samara David targets up forward. The Borough just have so much depth, and an incredible forward line led by key targets, Sabrina Frederick and Emily Harley, and reliable source of goals from Sophie Locke. Sophie Molan has returned to state level for the visitors, with GWS GIANTS’ Katherine Smith also set to make her debut for Port Melbourne, in a team that has some how found a way to get stronger. Given the inclusions for the Borough, it is hard to see them dropping this game, but it will be a great test for the Falcons.

In the longest road trip of the season for the Western Bulldogs, the back-to-back winners take on an in-form Geelong outfit who remain in contention for a top two spot in this season. Since the AFL Women’s season has concluded, the Western Bulldogs have not mucked around with rotating their elite talents, and whilst Elisabeth Georgostathis rotates out of the side this week, the visitors will welcome back Isabella Grant, Isabelle Pritchard and Annabel Strahan, while Jess Fitzgerald has cheekily been named as an emergency so could well be coming into the side soon. Western Jets’ Jemima Woods comes back into the team after her three-goal debut a fortnight ago, and she will be joined by Caitlin Sargent (four goals in NAB League last week) and Trinity Skenderis. The Cats have kept a strong midfield, but have brought in Amy McDonald, whilst giving Sophie Van de Heuvel a rest. Darcy Moloney and Laura Gardiner still form a dominant group in there, and with Stephanie Williams, Georgia Clarke and the return of Richelle Cranston up forward, the Cats have plenty of firepower. This is a really tight game, and Geelong should be favourites, but the strength of the Bulldogs team means the visitors could cause an upset and make it three wins on the trot.

Casey Demons showed what they are capable of last week by rolling Port Melbourne to inflict the Borough’s first defeat of the season, whilst North Melbourne dominated Carlton, keeping the Blues to just one goal for the game. With the teams coming into good form, on paper it looks to be a great match but the Demons have really stacked their side with AFL Women’s talent, as Libby Birch, Brenna Tarrant and Shelley Heath are named in defence, Eden Zanker joined Maddison Gay in the midfield, and Alyssa Bannan and Casey Sherriff are up forward. The Roos have mostly kept a consistent lineup of players on the cusp of AFLW footy, though Beth Lynch is an important cog in defence. Bella Eddey is getting some extra minutes running around for the VFLW team, whilst Jayde Hamilton returns from the AFLW Under 19 Championships to play alongside sister Alexia. If North Melbourne can get up in this one it will be the Roos’ best scalp of the season, but with Essendon sniffing around Casey’s recently acquired fourth spot, the Demons must hold onto the place by winning this one.

Williamstown is the next challenger up to try and knock off Collingwood as the undefeated Magpies rose in the final term to see off Essendon and grab another win in Round 8. The Magpies have plenty of reasons to get up in this game, with 2019 premiership coach Penny Cula-Reid behind the helm of the 2019 wooden spooners side this season. She will have her work cut out for her against a red-hot Magpies lineup, which features both Amelia Velardo and Aliesha Newman who copped knocks last week but have recovered to play. Abbi Moloney returns to the side with Joanna Lin, Maddi Shevlin and Imogen Purcell among the other Collingwood AFLW talents outside the two key forwards in Sophie Alexander and Bella Smith. The Seagulls have some terrific VFLW talent, with Erin Meade, Megan Williamson, Aimee Whelan and Ruby Tripodi among the in-form players in the competition, but it will be whether or not they can make the most of their chances as the Pies will give their forwards plenty, particularly after the form of Marla Neal last week who shone in the win at The Hangar. Hard to see the Pies dropping this one, though the Seagulls are strong defensively and will not make it easy for them.

SOUTHERN SAINTS vs. HAWTHORN
Sunday, May 2 @ 10:00am
Trevor Barker Oval

The standalone Sunday fixture pits the sixth placed Southern Saints in a must-win fixture against Hawthorn who got up in Meg Hutchins‘ 250th match last week. The Saints cling onto the lowest finals spot – albeit with plenty of time left in the season – and will need to win this one to give themselves some security there. However the Hawks have some tall targets in Hutchins and Tamara Luke up forward, with the dangerous Kristy Stratton and Jessie Williams capable of kicking multiple goals. Gippsland Power’s Grace McRae makes her debut for the brown and gold following the conclusion of the NAB League Girls’ season, with another former Gippsland leader in Maddi Shaw running around for the brown and gold. Georgia Bevan, Alison Drennan and Nadia von Bertouch have plenty to prove in this game as they look for another chance at AFL Women’s level, with the latter two having played for the Saints at this level earlier this season. For the Saints, they went down to the reformed Western Bulldogs at Whitten Oval last Friday and will look to bounce back with Tara Bohanna and Renee Saulitis providing that tall and small option inside 50. Alice Burke and Tahlia Meyer rack up the ball each and every week, and Hannah Stewart has been enjoying a nice season this year at VFLW level. This game could go either way with the Saints ranked higher, but the Hawks are forming a really strong list as the season goes on.

AFTER a long off-season, the South Australian National Football League (SANFL) Women’s competition kicked off with a series of trial games over the weekend as the first of two practice matches ahead of the official first bounce on February 17. WEST ADELAIDE vs. GLENELG In the first match of the round played under lights, 2022 […]