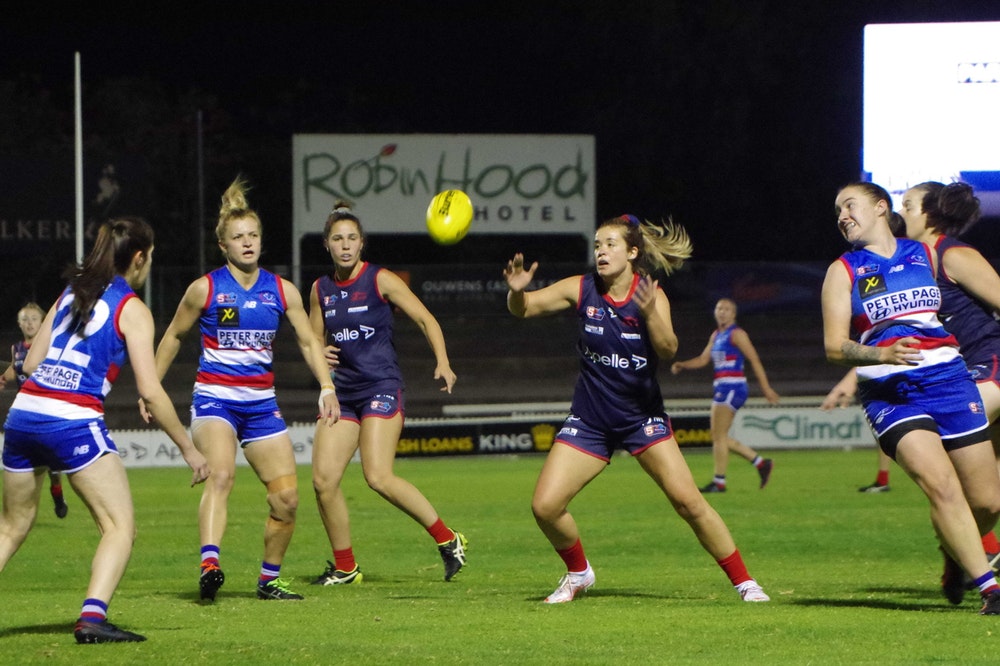 NORWOOD and Glenelg have confirmed their spots as the top two sides in the South Australian Football League (SANFL) Women’s competition following wins on the weekend. It left two spots up for grabs, with third placed South Adelaide saluting to have one foot in the post-season series, whilst West Adelaide temporarily dislodged North Adelaide in fourth spot thanks to a victory over the Roosters.

South Adelaide has moved into third spot on the SANFL Women’s ladder with a commanding 47-point win over Sturt to all but secure yet another finals series for the two-time premier and reigning runner-up. The Panthers piled on seven of the first eight goals – including three to Jordann Hickey and two to Jorja Hooper – to lead by as much as 42 points at the final break. Chloe Forby kicked the first of the final term, but a couple of late ones in favour of the visitors secured the win, 9.6 (60) to 2.1 (13).

South Adelaide take on West Adelaide next week, with the winner to play finals, and the loser to wait on other results. For Sturt, the Double Blues are a part of those other results, with the chance to stop reigning premiers North Adelaide from entering the top four when they host them at Unley Oval.

West Adelaide has kept its finals hopes alive by knocking off reigning premiers North Adelaide and securing fourth spot heading into the final round. Both sides took a while to get going with the ridiculously strong defences standing tall and not allowing much through. It took until young gun Lauren Young split the big sticks in the second term to break the drought, with the Bloods booting the first four goals of the game to lead by 23 points midway through the third term. North Adelaide kicked the next two of the match – and could have had more with the likes of Ash Woodland (three behinds) and Tayla Thorn (two) both having chances, but late majors to State Academy members Young and Scarlett Griffiths sealed the 20-point win.

The final round is huge for both these teams, with West Adelaide needing a win to secure a finals spot when they take on the Panthers, while if they lose, they will need Sturt to knock off North Adelaide, otherwise North will take fourth position back and knock the Bloods out of the finals.

A fast start has helped Norwood secure the minor premiership and sit pretty heading into the final round to prepare for Glenelg in the first week of finals. The Redlegs piled on four goals in the opening term to race out to a 23-point lead at quarter time. Central District showed the amount of development over the past 12 months by fighting back to boot four of the next five goals over the two quarters to head into the final break just three points down. Norwood kicked a steadier early in the quarter, before Katelyn Rosenzweig almost stole the win for the Bulldogs with a couple of chances on goal to boot 1.1, with her second shot in the remaining 10 seconds missing for the Redlegs to win 6.2 (38) to 5.5 (35).

Norwood takes on Woodville-West Torrens Eagles in the final round in a battle of top-against-bottom, with the result effectively negligible for the Redlegs who have secured top spot. They will still want to head into the post-season series with a win, whilst for the Eagles, a victory could keep them from the wooden spoon. Central District has done enough to ensure they cannot win the wooden spoon in 2021, but are not completely out of the race for finals. They need West Adelaide to lose to South Adelaide, and Sturt to upset North Adelaide in order to grab fourth spot.

In the most one-sided game of the season, Glenelg has stormed to an easy 68-point belting of last placed Woodville-West Torrens Eagles to secure second spot on the SANFL Women’s ladder heading into the finals. The Bays booted eight goals in the second half after only leading by 21 points at the main break, restricting the home side to just two behinds in each quarter. Glenelg had 58 more disposals, 30 more hitouts, 28 more clearances and 25 more inside 50s in an old fashioned shellacking.

Woodville-West Torrens Eagles finish their season up against minor premiers Norwood who come in winning eight of the past nine games, and the Eagles’ hope that the chance of missing the wooden spoon will spur them onto victory against a Redlegs side that already has locked up top spot. For the Bays, second place is secure, but they can knock Central District out of the finals race of they get up in the Saturday afternoon clash at ACH Group Stadium.