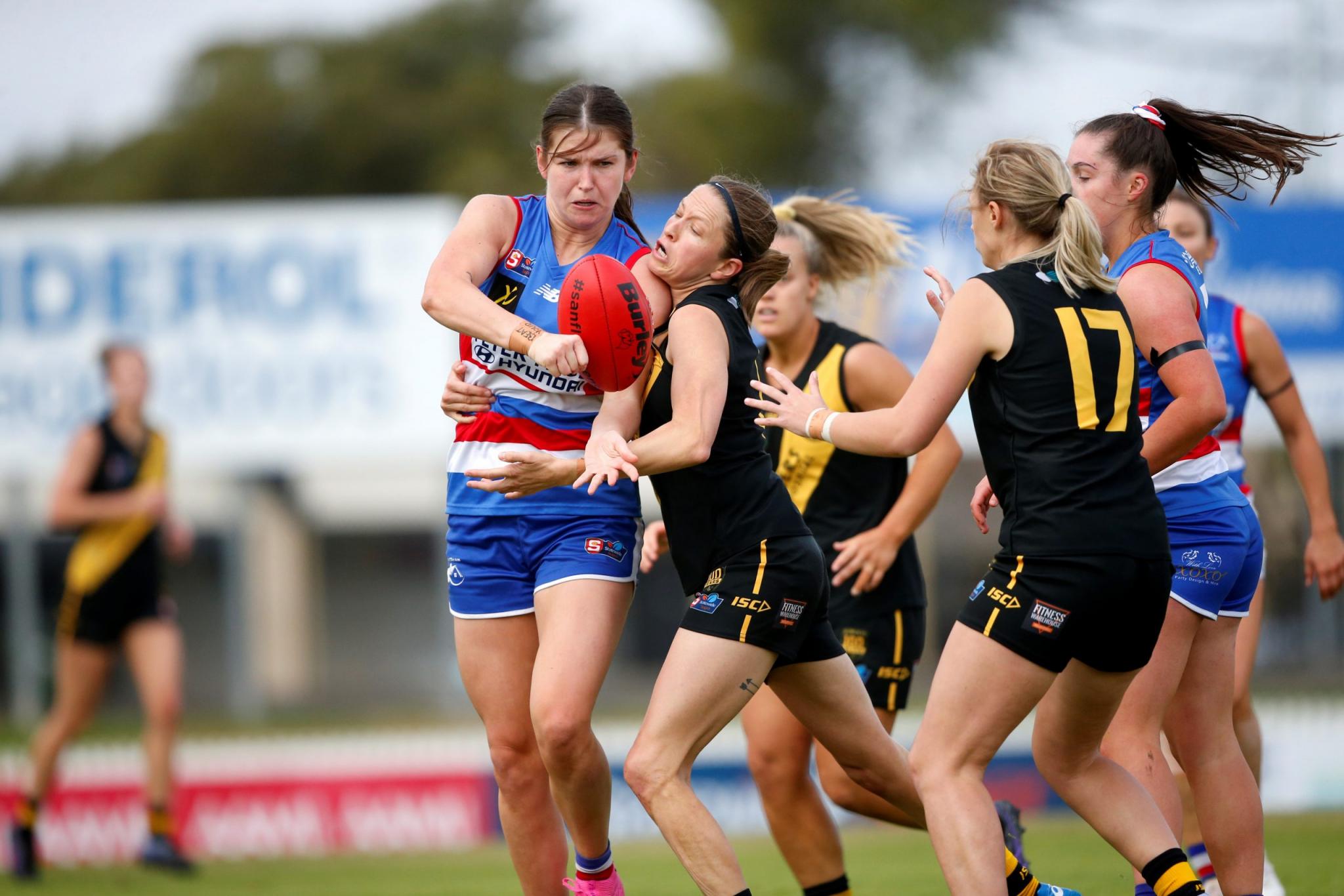 WEST Adelaide has won a nail-biter against South Adelaide in the final round of the regular South Australian National Football League (SANFL) season, as top two sides Norwood and Glenelg both posted victories, and North Adelaide won to give itself a finals chance, only for the Bloods’ result to effectively negate that win.

Booting the first six goals of the game, and nine of 11 by three quarter time, minor premiers Norwood never looked like losing against Woodville-West Torrens Eagles. Aside from a burst of two out of three goals early in the third term for the visitors, the Eagles had to accept the 2021 wooden spoon as the Redlegs piled on 18 scoring shots to four, booting the final four goals of the game as well to win by 59 points.

Norwood now takes on Glenelg in the semi-finals for a spot in the 2021 SANFL Women’s Grand Final, as the Eagles’ season comes to an end.

In the most thrilling match of the weekend, the third against fourth contest lived up to its billing, as West Adelaide held on against a fast-finishing South Adelaide outfit. The teams were fairly even as early as the third term, before West piled on three goals in seven minutes to race out to a 21-point lead at the final break. Looking home and hosed, the Bloods could not manage to score in the final term, as they watch South boot the last three majors of the contest, only to fall a point short, 5.4 (34) to 5.3 (33).

These two sides lock horns again next weekend in a do-or-die semi-final that promises to go down to the wire, with the Bloods securing the home ground advantage with this win.

Despite the West Adelaide result meaning North Adelaide missed out on a chance to defend its title in the final series, a six-goal performance from Ashleigh Woodland ensured the reigning premiers ended their season on a high note. The teams were even in the first term, before three consecutive goals to Woodland in the second broke the game open. Sturt continued to press and move to within seven points at the final break – and as low as six points early in the fourth, for Woodland to stand up again, and along with Tayla Thorn kick the last three goals of the game to win by 25 points.

Both these teams end their 2021 campaigns and will head back to their local clubs before a big preseason looking towards 2022.

Whilst the result mattered little to Glenelg in terms of ladder positioning – the Bays had already secured second spot heading into the round – the home team still came away with a morale-boosting victory over Central District. After Chloe Scheer slotted the first major for the Bulldogs inside the first two minutes, the Bays booted five of the next six goals to lead by as much as 18 points. Katelyn Rosenzweig kicked back-to-back goals in the final term to cut the deficit to within a single kick before a last minute major to Caitlin Gould saved the day and handed Glenelg the win.

Glenelg now takes on Norwood in a top of the table clash for a spot in the 2021 SANFL Women’s Grand Final, as the Bulldogs impressive season comes to a close.