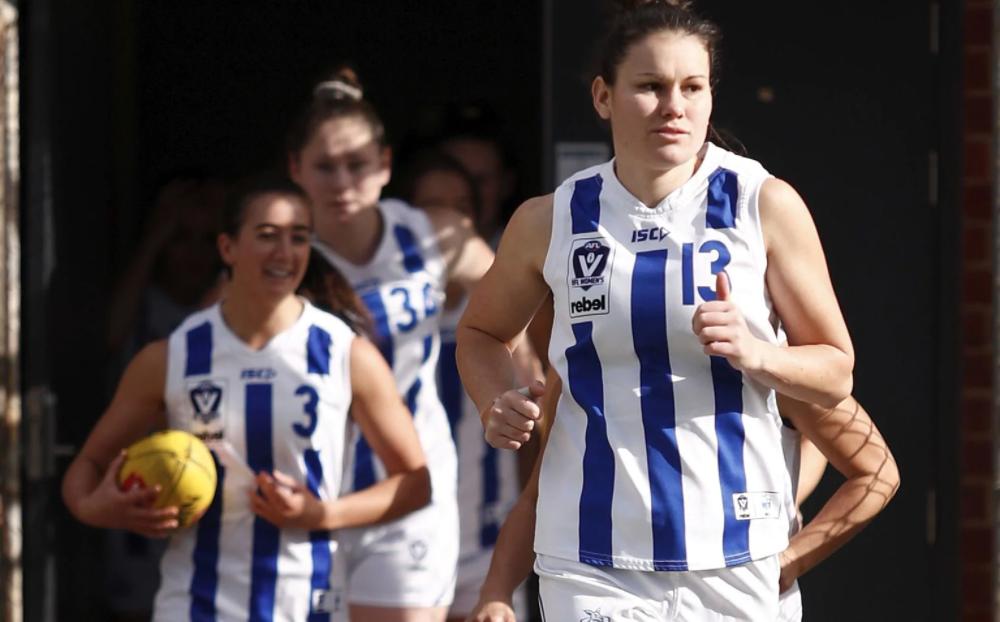 ROUND 14 of the Victorian Football League (VFL) Women’s concluded on the weekend, with the 2021 finals series coming up thick and fast this weekend. We take a look at the top stats from the round that was.

Once again, North Melbourne’s Meagan Kiely took out the top spot for this round’s leader for both disposals (36) and kicks (31). The midfielder reigned supreme this week, adding to her impressive run this season for disposals and kicks and leading the overall charge. Mikala Cann had the most handballs with 18 working hard to drive up the field in her side’s win over Geelong. Southern Saints superstar Tara Bohanna kicked three goals this week, helping to contribute to her third-place for overall goals scored this season, while Kiely registered 11 marks. For tackles, it was Casey Demon’s Shelley Heath who was this round’s leader with 13 as Carlton’s Jorja Borg finished up the round’s leaders with 39 hitouts. Her performance over the weekend certainly has helped her remain the overall leading ruck this season.