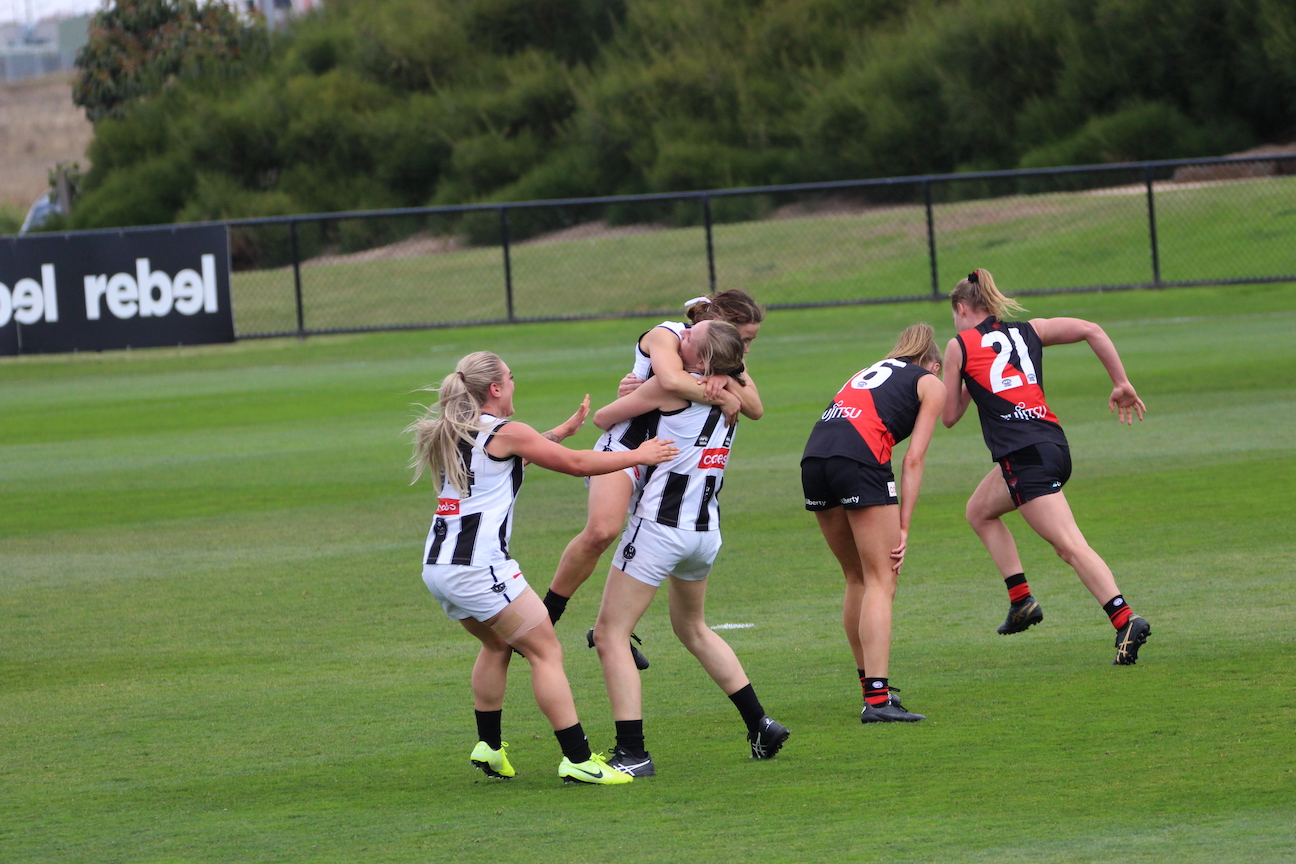 IT is a given during most finals series there is often a bye for a team, rewarding them for finishing higher on the ladder and therefore making the path to the grand final a road less travelled. But no one would expect that break to be 29 days. That is the length between games for head coach Chloe McMillan and her Magpies, who are eyeing off back-to-back Victorian Football League (VFL) Women’s flags this Sunday.

The Magpies are a VFL Women’s regular season powerhouse, having now won three consecutive minor premierships. In 2018, Collingwood finished on top, only to bow out with back-to-back losses, including a painful one to Geelong at the very venue they will run out at on Sunday – ETU Stadium. A year later, the Magpies were able to atone for the disappointing finals exit by going all the way, knocking off the Western Bulldogs in the decider.

Fast forward two years – including a write-off in 2020 due to the COVID-19 pandemic – and the Magpies are back at the pinnacle, this time seemingly stronger than ever having not dropped a game during the season. Though McMillan said whilst technically they might be classed as back-to-back premiers should they get up on the weekend, she described it as potentially having an “asterisk” in between given the personnel changes across the competition with the missed year.

“It’s pretty exciting, it’s a bit of an asterisk between sort of back to back,” McMillan said. “I would think just given the time frame in between both, but the group’s worked pretty hard to get to this point. “So we’re just excited for the opportunity as a few haven’t had a crack at it.”

Key forward Imogen Barnett is one who can relate to Porter, except instead of seasons, it was games. Entering the semi-final against Essendon, Barnett was a VFL Women’s listed player. A month and an AFL Women’s Draft later, and Barnett is on the AFL Women’s list. Both she and Ferguson – who was picked up by North Melbourne – can look forward to stepping up to the next level next season, though McMillan admitted they were focused on the game and play as they have all season.

“(It’s) really exciting and obviously seeing the girls who have worked really hard to get the opportunity to become AFLW players is unreal,” McMillan said. “And that’s sort of part of the reason of the VFL competition, is to develop those players and give those girls opportunities. “So while it’s going to be sad that Jazz (Ferguson) is obviously playing her last game for the Pies on the weekend, we’re super thrilled that she gets the opportunity at North and I can’t wait to see what she can do there. “It’s amazing for the group and it builds a lot of confidence and belief of what we’re doing is the right thing, especially for the whole club.”

The plethora of Magpies who have a chance of winning their first flag on field are not the only ones who could have their name etched into history. McMillan took over the senior coaching reigns from Penny Cula-Reid after the 2019 premiership, and has not dropped a game in her debut season as head coach, a feat that is not lost on her.

“Yeah, it’s been a really good unit that I’ve learned so much about coaching,” McMillan said. “The break obviously wasn’t ideal, it’s something that no one has sort of had any experiencing so we’ve sort of been planning as we go and we’ve been able to build some really good synergy between our group so it’s really exciting now that we actually, you know, have had a season to play and worked really hard to get to where we are now.”

Now just one game stands between the Magpies and history, though the huge variable and question mark is the month-long gap between their semi-final win and the 2021 VFL Women’s Grand Final. Has the preparation been ideal? McMillan admitted it was not, though she said she was confident the team was able to follow through and keep to the standard they had set all year.

“It’s been a good sort of break, we’ve been able to connect as a group really well,” she said. “Obviously it hasn’t been an ideal sort of the preparation leading into the match, but we’ve had training Thursday night and then we had a little bit of a scratch match on Saturday to try and replicate sort of what would have been a similar path to Geelong. “Yeah, we’re feeling pretty confident and we’re really looking forward to it.”

[…] extra long rest would be more beneficial, the Cats coach said he was backing in his players – just like opposing coach Chloe McMillan was for the Magpies – to get the job […]