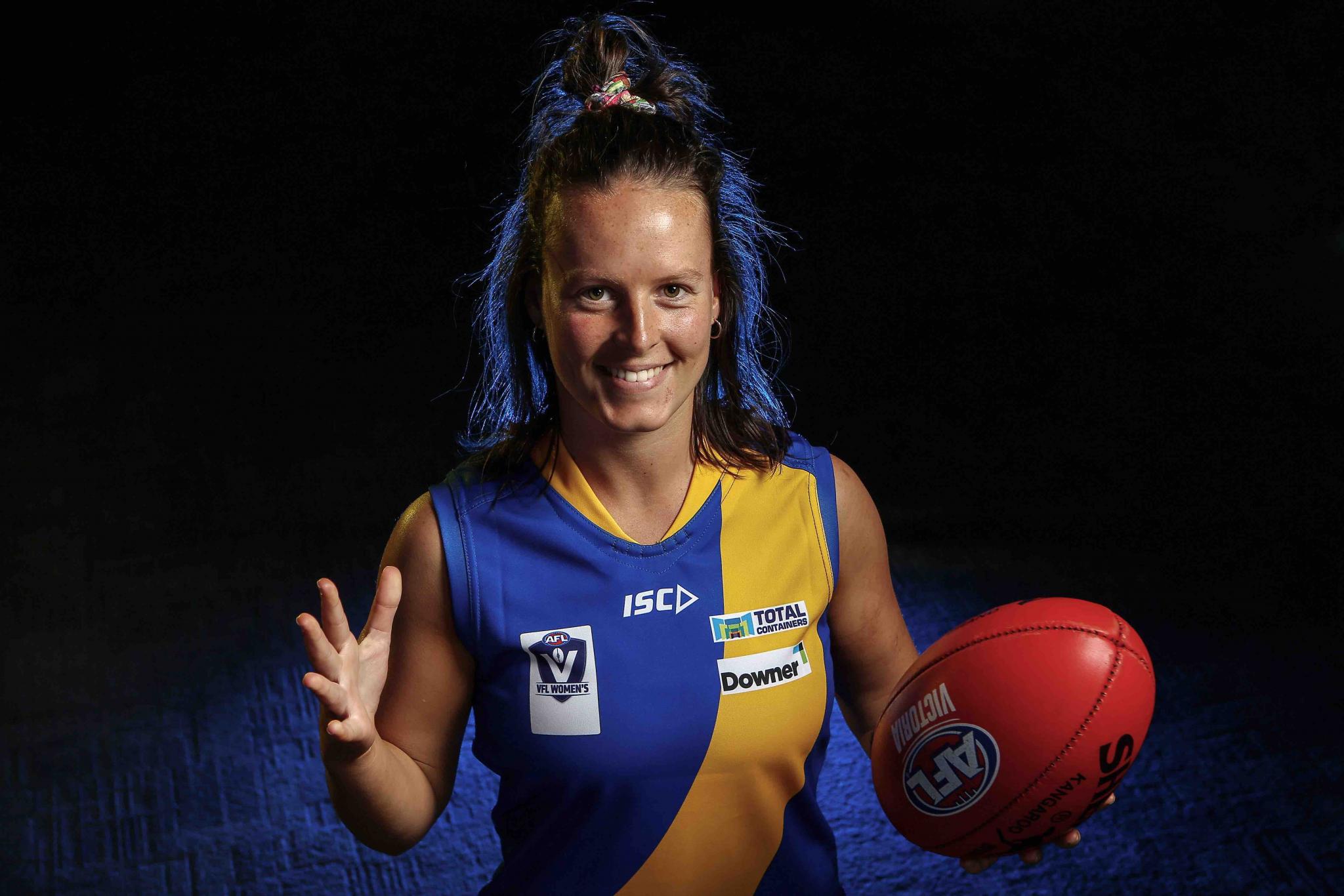 IN summarising the 2021 Victorian Football League Women’s (VFLW) season, Draft Central will run through a team-by-team review of how each of the sides fared, and who some of the standout VFLW-listed performers throughout the clubs were. The next team in the firing line is Williamstown.

Season in a Sentence: “Williamstown was competitive for large portions of games against most sides, only falling away with less experience overall, though a win against Western Bulldogs early in the season proved fatal for the Dogs’ finals intentions.”

Leading from the front, the Williamstown captain had a really strong season, averaging 15.7 disposals, 3.3 tackles and 3.4 rebound 50s coming off half-back. Able to settle the team down with her experience and composure in the defensive half of the ground, Meade was able to bring teammates into the game, and often mopped up messes, playing 12 of the 14 possible games.

It was another outstandingly consistent season from the contested ball-winning midfielder who cracked in over four quarters for 12 games. She averaged 14.8 disposals, 3.9 clearances and 5.2 tackles, working hard running both ways for the Seagulls. As a player with natural leadership traits, Williamson is not afraid to get her hands dirty and was a leader in the midfield working well alongside Aimee Whelan and Rubi Tripodi.

Won more disposals than any other Seagull (223) and was one of only five players to play every match in season 2021. A fierce competitor through midfield, Whelan averaged 15.9 disposals, 7.3 tackles and 4.3 clearances in an enormous effort in the engine room. Rarely getting out into too much space, Whelan was always shovelling it out to teammates or clearing it from the congestion.

Tripodi worked well with Whelan as another big inside midfielder, but was able to work outside the stoppages when required too. She averaged the 15.8 disposals, 5.6 tackles and 3.9 clearances, though had the second most inside 50s (24) and third most rebound 50s (26) putting herself top three in those statistics, disposals, tackles and clearances, making it an all-round performance and another strong competitor all season.

The Seagulls did not have too much in the way of AFLW talent early in the season, but had an influx of GIANTS for a couple of games late in the year, with Erin Todd (18.5 disposals in two games) re-drafted, and Jess Doyle (14 disposals, two marks and three tackles in two games) showing her future talent at VFLW level. Emily Pease, Bess Keaney, Georgia Garnett and Tarni Evans were among the great talent filtering through the Williamstown program.

The other two players to run out in every game for the Seagulls were Eliza Straford (9.9 disposals, 3.9 tackles) and Ella Baxter (8.6 disposals, 1.9 rebound 50s). Ashlea Melnikas (13.6 disposals, 8.9 tackles) was a tackling machine, while ruck Elizabeth McGrath had 58 hitouts in one match for an average of 23.8 for the season, to go with her 6.8 disposals and 2.8 tackles per game. Sasha Long, Gabrielle Biedenweg-Webster and Scarlett Dunnell were others who played 12 of a possible 14 games to provide some continuity to the side.