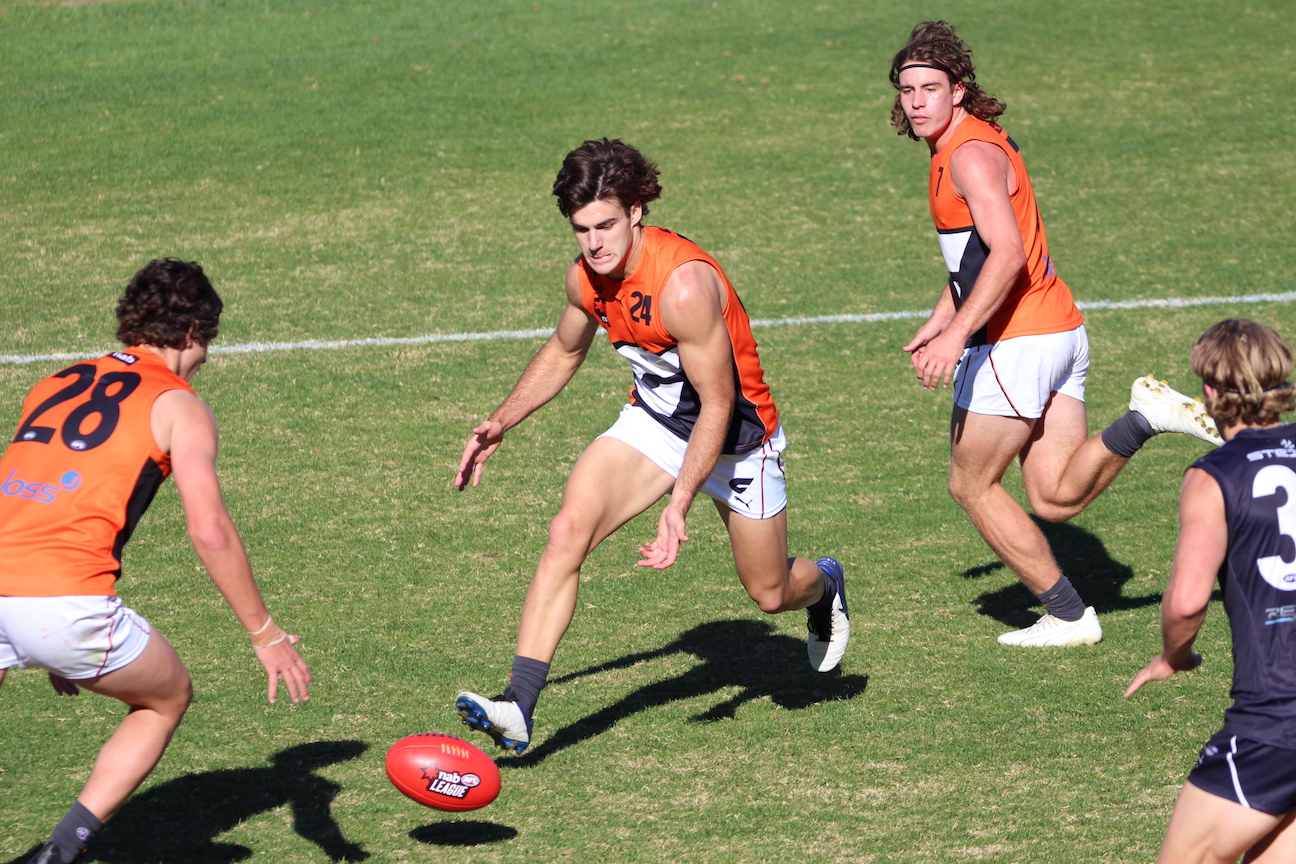 PART of the Greater Western Sydney (GWS) GIANTS Academy since he was 12, Sam Frost‘s journey to top-age status hasn’t always been smooth. They 18-year-old, who is also a talented cricketer, has battled injury along the way and worked hard to go from being a “fringe” player to eventually skippering the academy in 2021.

“I was always one who was on the fringe,” Frost said. “I wasn’t getting picked for a few teams and whatnot, but I was a cricketer as well so in Under 16s I chose footy over cricket and put all my effort into that. Obviously when you put your focus into one thing it makes it a lot better than when you’re separating your attention. I think it helped me break into the side for sure.

“I’ve had a fair few setbacks too. In 2015 I had two stress fractures in each foot, so I had to wear two moon boots for 13 weeks which wasn’t great. I had a stress fracture in my back, a broken finger, shin splints and a few other growing sort of things. I’ve been a bit unlucky with a few injuries but had a good preseason this year so I’m hoping to have a big season.”

Frost delivered on that hope in an outstanding NAB League stint with the GIANTS, leading them to four wins in as many games. The defender was remarkably consistent, averaging 28.8 disposals, 6.3 marks and 9.0 rebound 50s per outing, before going on to join the GIANTS’ VFL program for a handful of state league appearances.

As the centrepiece of his side’s back six, Frost showcased his weapons at the Under 19 level. Blessed with a booming kick and eye-catching intercept marking prowess, the budding prospect says he likes to play an “attacking” game across half-back, but still has some room to improve.

“I can probably work on my fitness aspects,” he said. “Also defensively, competing every time and not getting beaten. I just want to be really competitive.”

During preseason, Frost talked up GWS’ academy talent and said he was looking forward to “playing some good footy and getting a few wins” en route to his end goal of being drafted. While his earmarked clash against the Oakleigh Chargers did not eventuate, Frost still managed to tick off those goals.