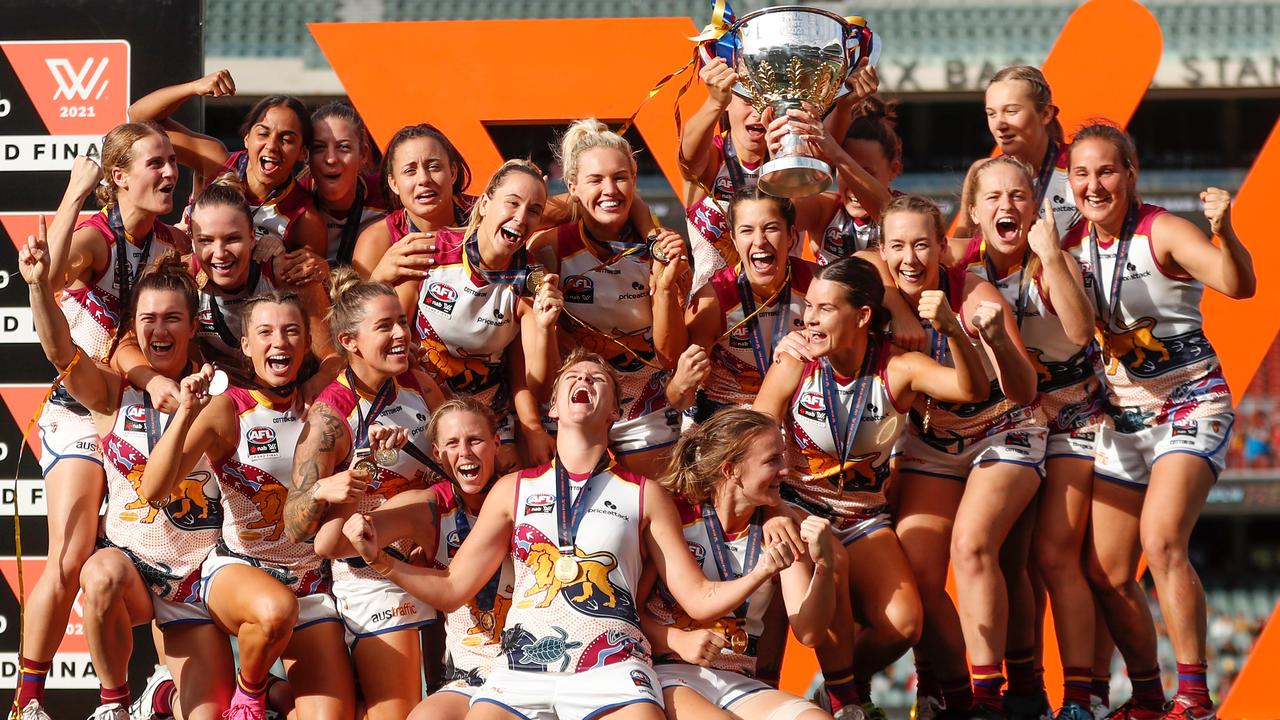 IN an early look at the upcoming AFL Women’s 2021-22 season, Draft Central checks out each of the 14 clubs over the next three weeks ahead of preseason commencing. Next up is Brisbane, the reigning premiers who took everyone by storm in one of the fastest rebuilds ever recorded.

Brisbane was finally able to taste premiership glory after near misses to both Adelaide and the Western Bulldogs in the opening couple of seasons, exacting revenge on the Crows to win their inaugural women’s premiership and send off captain Emma Zielke in style. The Lions only just got over Collingwood in a thrilling preliminary final, but after having to build around a ton of talented kids and hard-working experienced talents following Gold Coast’s introduction a couple of seasons earlier, Brisbane was able to rapidly rebound and return to the promised land and snag that previously elusive flag.

The Lions will head into the 2021-22 AFL Women’s season even younger than their 2021 campaign with four retirements led by Zielke and another previous AFLW captain in Lauren Arnell. A total of seven players all departed the club in the off-season, opening the door for plenty of fresh faces, including Richmond’s Phoebe Monahan who should provide some additional run off half-back. A trio of Brisbane Lions Academy members in Maggie Harmer, Bella Smith and Mikayla Pauga should all add plenty of talent to the squad in each third of the ground, with Lucinda Pullar and Luka Yoshida-Martin showing great signs of development through the QAFL Women’s competition. Lily Postlethwaite will continue to recover from the anterior cruciate ligament (ACL) injury she suffered during the 2021 season.

Brisbane has always been one of the more exciting teams to watch, with reliable defenders, ball-winning midfielders and exciting forwards. With plenty of firepower inside 50 and depth enviable across the competition, the Lions will remain one of the favourites for the flag, even if their side might be a little different looking in 2021-22. Courtney Hodder winning Goal of the Year was the icing on the cake as one of many young guns who showed their rising improvement last season, and now those who missed out on a premiership medal will be hungry to get their chance.