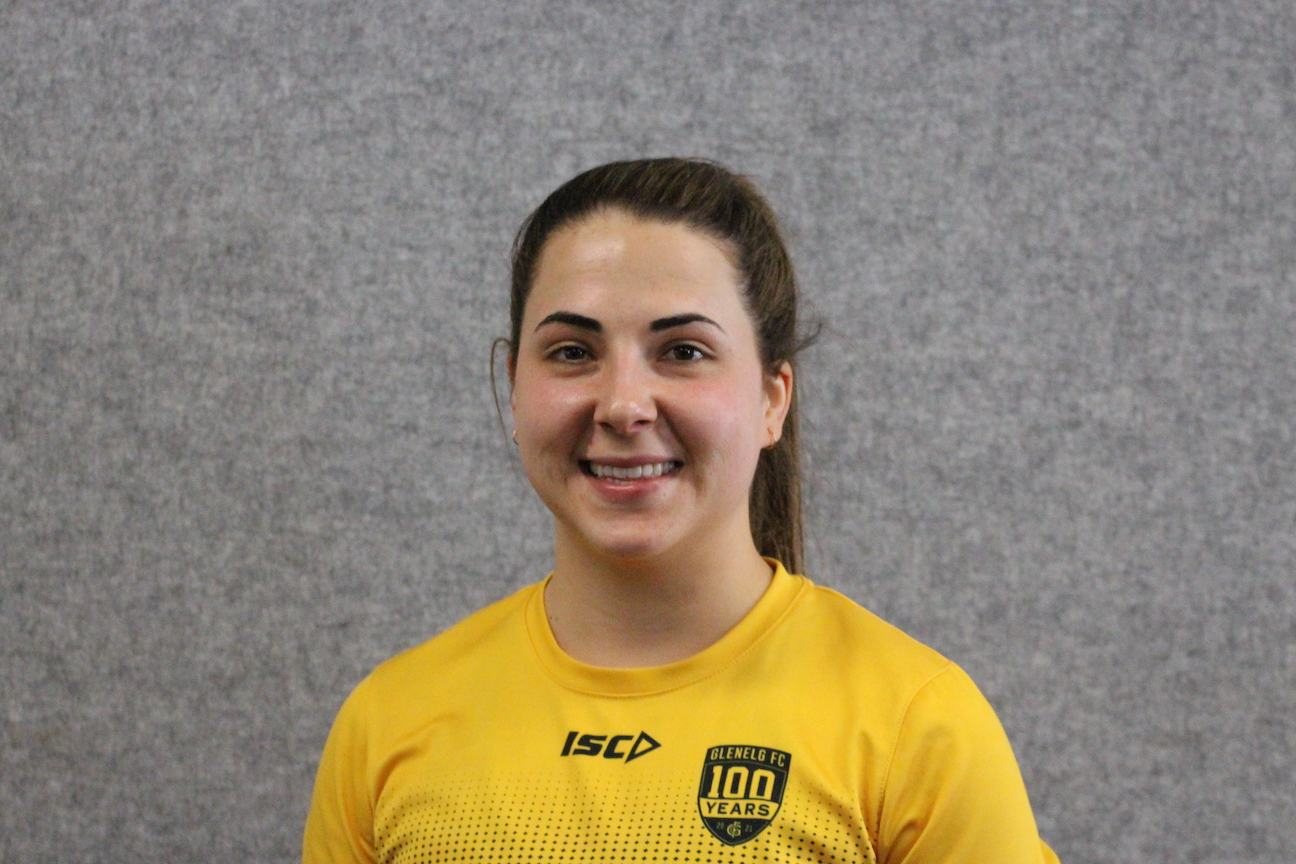 GLENELG’S culture was a key factor in the Bays storming to their first ever women’s flag in 2021, according to talented midfielder Jessica Bates. The Glenelg Women’s onballer said the culture around the club was really strong, and every player from the experienced heads down to the teenagers, had bought into that program, and is what the club needs to maintain in order to have a crack at back-to-back flags.

“I think coming off the back of last season, our culture is very high,” Bates said. “This preseason we’ve brought in a lot of depth in all lines, so I think we’ll be a real contender this year.

“I think culture’s a really big thing, and we learnt that last year. “Bringing the juniors into the program and teach them to start to bring that culture in is really important.”

“I started playing when I was about eight,” Bates said. “My older brother played down at North Haven, always wanted to play just watching him. “Then I had to stop at 12 just because of the age limits.”

It would be until her early 20s before she took up the sport again, when she was able to join her partner at SMOSH West Lakes Football Club, which ultimately lead her to Glenelg.

“I got back into it, maybe three years ago down at SMOSH because my boyfriend played down there and kind of egged me on to do it,” Bates said. “Then tried out at the Bays in 2019 and the rest is history.”

The now 26-year-old has produced a couple of impressive seasons at SANFL Women’s level, rating her strength as her key attribute. Her ability to block and tackle – the team defensive things – is what enables her to succeed, whilst she is looking to “get a bit quicker in that transition” next season.

With plenty of youth coming through the club, Bates said fellow midfielders Matilda Scholz and Piper Window – the latter continuing her 2021 form – were ones to watch in 2022. Her goal for 2022 a clear one.

“To win another premiership of course,” she said. “Just playing the best we can be, and really levelling up from last year.”

As for her own individual aspirations, when asked if playing AFL Women’s was something she could aspire to, Bates said it was a goal, but she was keeping a level head.

“Yeah it’s definitely a goal of mine,” she said. “But there’s a few steps to get there. If it happens, it happens. “But if not, all good.”