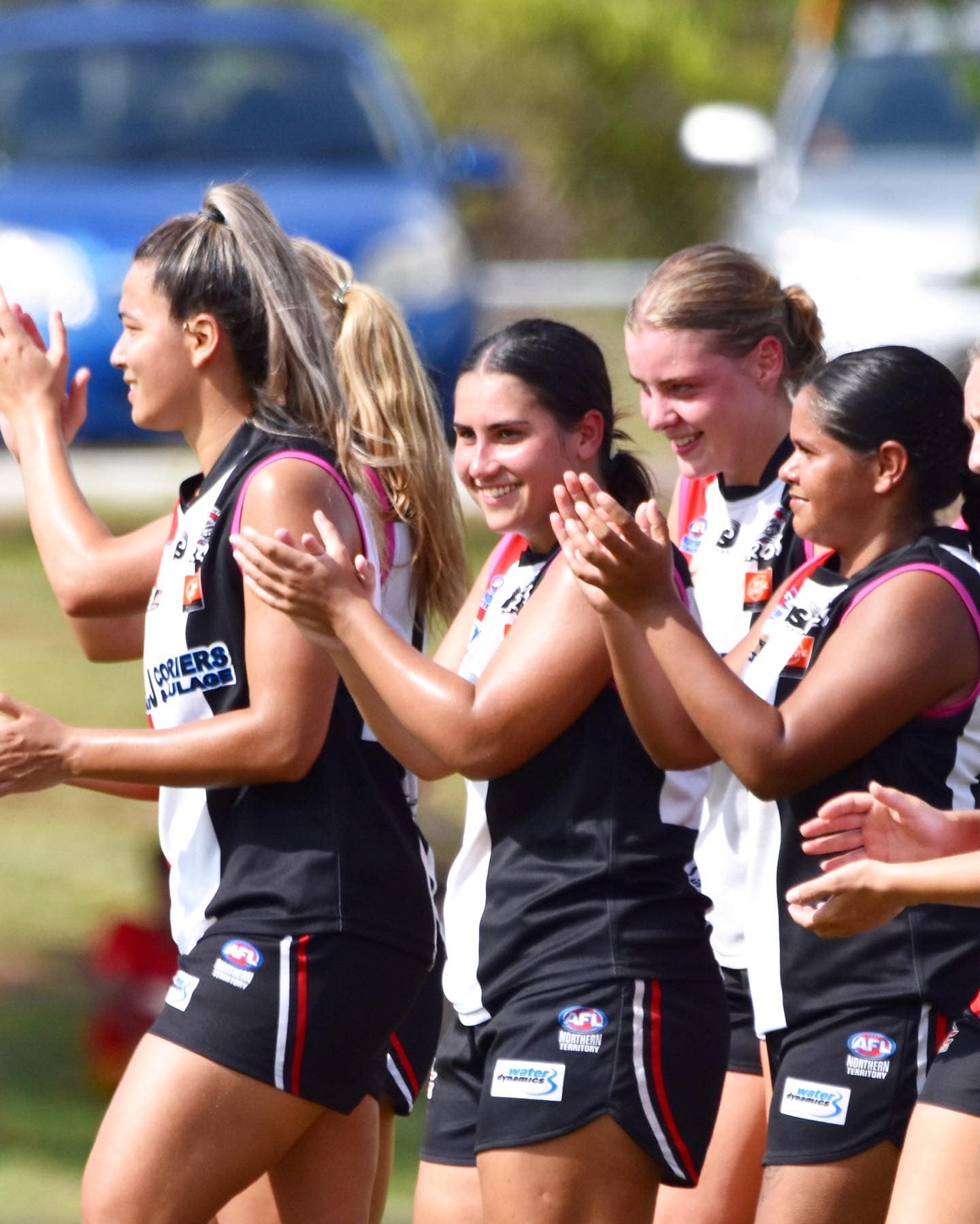 THIS weekend saw the twelfth round of the Northern Territory Football League Women’s (NTFLW) Premier League, as the competition reached the two-third mark of their season. The top four has been shaped similarly for the last few weeks, but the race for a finals spot has truly began to heat up. One of the key clashes surrounding this race was the Saturday’s match between the Southern Districts and St Mary’s and while the latter was expected to take the win here, it was the Districts who shocked the competition and claimed quite the upset victory.

Southern Districts were able to pull off one of the most shocking wins of the season, upsetting St Mary’s to claim an impressive 57-point win at Norbuilt Oval on Saturday afternoon. St Mary’s entered this match as the favourites, given their position in third spot on the ladder, knocking on the door of the top two. However, it was the Districts who proved the better side in the matchup, setting up the big win with a big second term and a mammoth final quarter as they stormed home to their fifth win of the season.

The match opened with St Mary’s grabbing ascendancy early, as they looked to edge towards the top two with win number eight on the season. They booted the first through Isabelle Porter, who was busy early as she slotted her first major after being called to play on following a mark. This was followed by a goal to teammate Eliza Shannon as the match looked to get away from the Districts. However, they answered with a six-pointer of their own to bring the margin back to one goal, before Tayla Thorn tied up proceedings with her side’s second goal. St Mary’s booted two more to finish the term with a two-goal lead on their opponents.,

The second term saw the Districts take control of the contest, hitting their stride while St Mary’s suddenly found themselves on the back foot. They were held goalless for the quarter, as the Districts piled on five unanswered goals in the period. They gained the upper hand all over the ground, and were able to turn a two-goal deficit into a 22 point advantage at halftime. All of a sudden, it looked more than possible that the Crocs would produce one of the biggest upsets of the 2021/22 season.

The third term was much more contested than the previous, with neither side able to score more than two majors for the term. The ball bounced back and forth between the two 50m arcs as both sides attempted and failed to create a run of goals. In the end, the Districts were able to extend their lead by five points as they headed into the final term, and while their advantage was comfortable, there was still the possibility of a St Mary’s comeback in the fourth quarter given the quality of their side.

These fears were put to bed when the Districts produced arguably their strongest quarter of the year to close out the game. The Crocs booted seven goals for the term as they slammed the door shut on the potential for any sort of fightback from their opponents. St Mary’s booted two goals themselves for the period, but were unable to contain the onslaught of goals from the Districts as they found themselves on the end of a surprising loss.

For the victors, Abby Hewett was terrific all day, not only popping up when her side was dominating, but also early in the contest when things were up for grabs. She was well-assisted by teammate Sarah Butt. who also impressed in the big win. For St Mary’s, Porter battled hard all day to keep her side in the contest, making the most of the opportunities presented to her.

At Tracy Village Oval, the home side once again found themselves on the end of a heavy loss, with PINT claiming a 152-point win on Saturday afternoon. Tracy Village were held scoreless by the reigning premiers, who strengthened their hopes of a top four spot with this triumph. In an astounding team effort, the victors had five players score three or more goals as they grabbed their sixth win of the season to sit outside the top four only due to percentage.

Moving to Cazaly’s Arena, the Darwin Buffaloes have continued their charge towards top spot, defeating the Palmerston Magpies to the tune of 127 points on Saturday evening. It was a percentage boosting win from the Buffaloes, who were simply flawless in their performance. They also held the Magpies to a scoreless performance on their way to their eighth win of the season, with the team’s unbeaten streak continuing.

The final match of the round saw Waratah emerge victorious in their clash against the Wanderers at Tracy Village Oval on Sunday afternoon. Waratah entered this match in the sought-after fourth spot on the ladder, and with a number of teams looking to pounce on that position, a win here was crucial, and they did so by five goals as they held onto their spot.