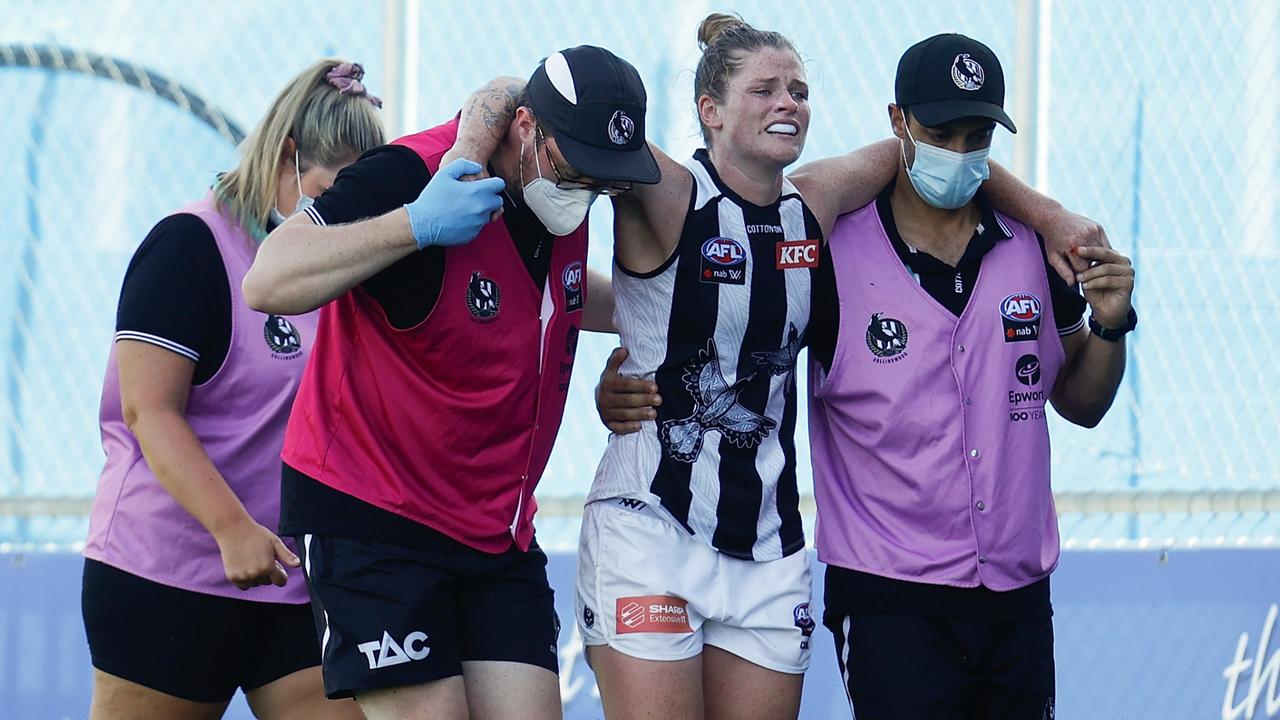 ALTHOUGH Round 1 of the 2022 AFLW season brought many highlights, it also brought a lot of injuries to star players, particularly anterior cruciate ligament (ACL) injuries.

Collingwood’s Brianna Davey, Brisbane’s Kate Lutkins and the Bulldogs’ Isabel Huntington all went down with season ending ACL injuries, and will be big losses to their respective sides.

There is a lot of talk that there are more ACL injuries in the AFLW as compared to the AFLM competition, but what do the stats say?

In order to fairly compare the two leagues due to the vast difference in season length, there needs to be a comparison of the rate of ACL injuries per 1000 player hours. Player hours refers to the number of hours players are able to spend training, preparing for games and actually playing the games.

With all this in mind, the question then becomes why is this the case and how can it be fixed?

Well, there are a lot of factors that come into the conversation.

One of course is the way women’s bodies are built, which is a commonly talked about reason behind the high rate of injuries.

Women’s bodies are built very differently to men’s, and these differences make women more susceptible to having an ACL injury. While it is impossible to change genetics, there are organisations developing programs to help alleviate the risks that these differences create.

Another potential cause that is less talked about is the time of year in which these players are playing. Playing football in summer is much different compared to playing the sport in its usual winter timeslot. The increased toughness of the playing surface can exacerbate the already present risk of an ACL injury.

Research has shown that there are trends at the elite level towards an increased risk of ACL injury with harder ground surfaces. The hypothesis surrounding this is that it due to higher traction forces when playing on warm season grasses.

The simple solution to this would be to put the AFLW season back in a traditional winter timeslot, but with the AFL’s priority of media coverage and insistence on giving the league clear air time, a change like that certainly does not look likely.

With research stating that the vast majority of ACL injuries (80 per cent) in the AFLW have occurred during preseason training or in the first half of the season, there has got to be something to be learnt from that. Since most female players haven’t been playing anywhere near as long as their male counterparts, perhaps a suggestion should be made to increase the length of the preseason. As the above research found, this is because women have had “less time to adapt to the biomechanical and neuromuscular requirements of the sport.”

SUNS finally get on the board – how they did it

Last weekend saw the Gold Coast SUNS get a win for the first time in over 600 days when they beat West Coast out at Whitten Oval. Some might look at that result and wonder what it was that finally clicked for Gold Coast, that hasn’t clicked in over a year. Was it the personnel […]

AFTER the opening weekend of season 2022 featured debuts galore, first year players continued to impress in Round 2. The headline act was number one pick Charlie Rowbottom, who earned a Rising Star nomination for her starring role in Gold Coast’s first win of the year. We take a look at how those in their […]

CLOSING out Round 2 of the AFL Women’s fixture, Adelaide and Fremantle remained undefeated, whilst the Gold Coast Suns won their first match in two seasons. Here are some of the talking points from the day. By: Declan Reeve TALKING POINTS Free Kicks galore, breaks AFLW record Suns show attacking threat when things click West […]

DESPITE there being only two AFL Women’s games on Saturday, there was plenty to like from both matches, with Collingwood too good for St Kilda whilst Carlton won the ‘Prespakis Cup’ over Geelong. By: Elly Kirlis In a masterclass performance from start to finish, Collingwood continued it’s In a dominant start to the season with […] 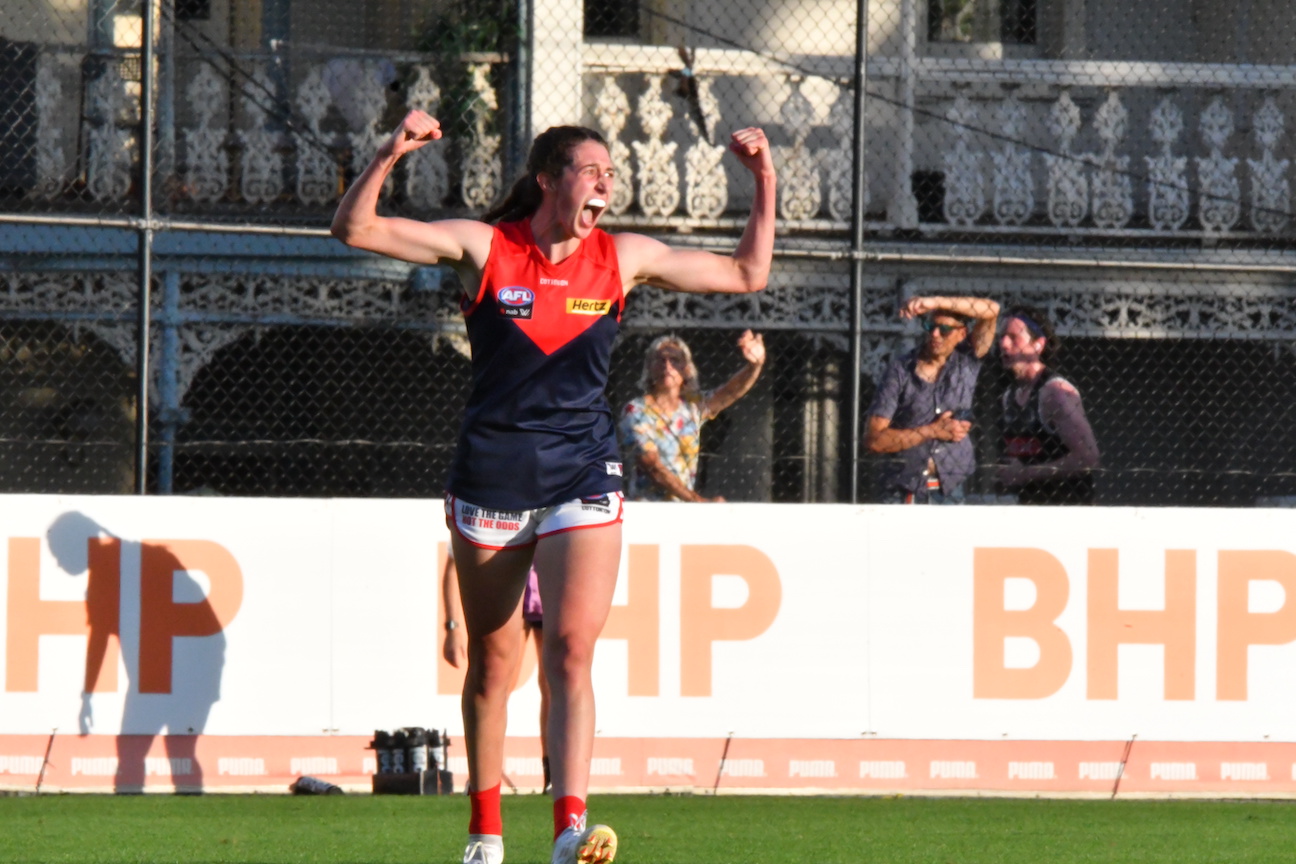 AFTER an early scare, Melbourne showed its class and went on to defeat Richmond at the Swinburne Centre. The Tigers burst out of the blocks and got the early jump on the Dees, but a five goals to none second term really turned things in Melbourne’s favour. The Demons survived a late Richmond fightback to […]